EA Sports have given popular Chelsea and Spain defender César Azpilicueta a special Flashback SBC card in FIFA 20 Ultimate Team (FUT) and we’ve got the requirements, solutions, and how much it costs.

Flashback SBCs have become popular in FIFA Ultimate Team ever since EA added them to the fold starting several years ago. They’re meant to honor and recognize a player’s best season or campaign, whether domestically, internationally, or both.

Released on February 27, Azpilicueta’s Flashback card celebrates his 2016/2017 season, of which he played every single minute and was instrumental in Chelsea winning the Premier League. 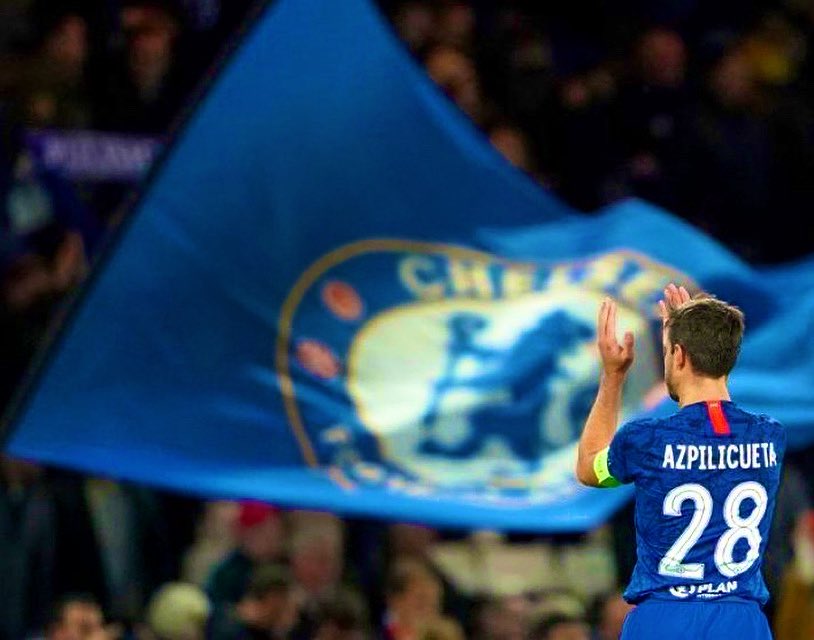 Cesar Azpilicueta has been Chelsea’s captain ever since Gary Cahill left the team in 2019.

The most noticeable thing about this special Azpilicueta card is that it’s a CB – the third defensive position he’s been featured in. His default gold card ships as an RB while his 86-rated TOTW is an LB.

As is the case in real life, this card also features very good stats in pace, passing, and dribbing for a center-back, making him an ideal choice for those who like to pass their way out of the back, particularly when facing tight pressure from the opposing team.

The card isn’t without some shortcomings, however, as his 73 strength is definitely a concern for the CB position, and his 82 composure, while in the green, could be better. His jumping stats aren’t that impressive either – 81 jumping and 78 heading accuracy – which could further expose his 5’10” height.

This SBC features three separate challenges that all need to be completed: an 84-rated Premier League team, 85-rated Chelsea squad, and an 85-rated Spain team.

This is the current cheapest available solution for the Premier League squad challenge: 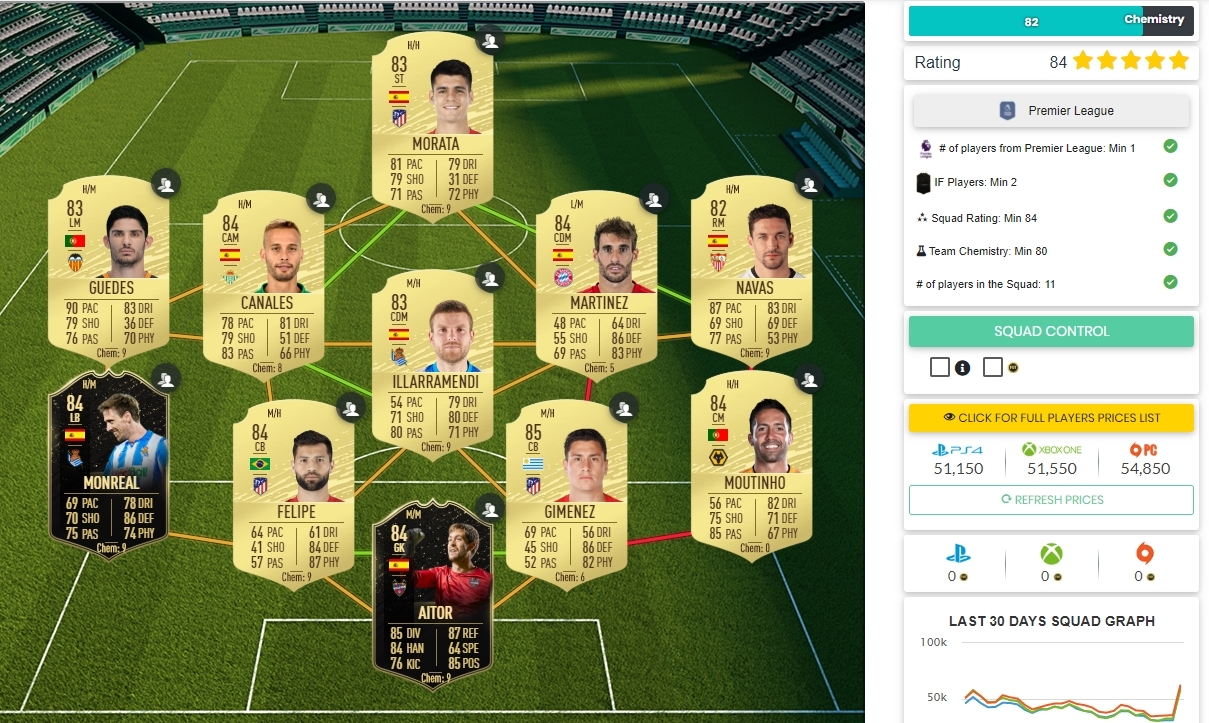 This is the current cheapest available solution for the Chelsea squad challenge: 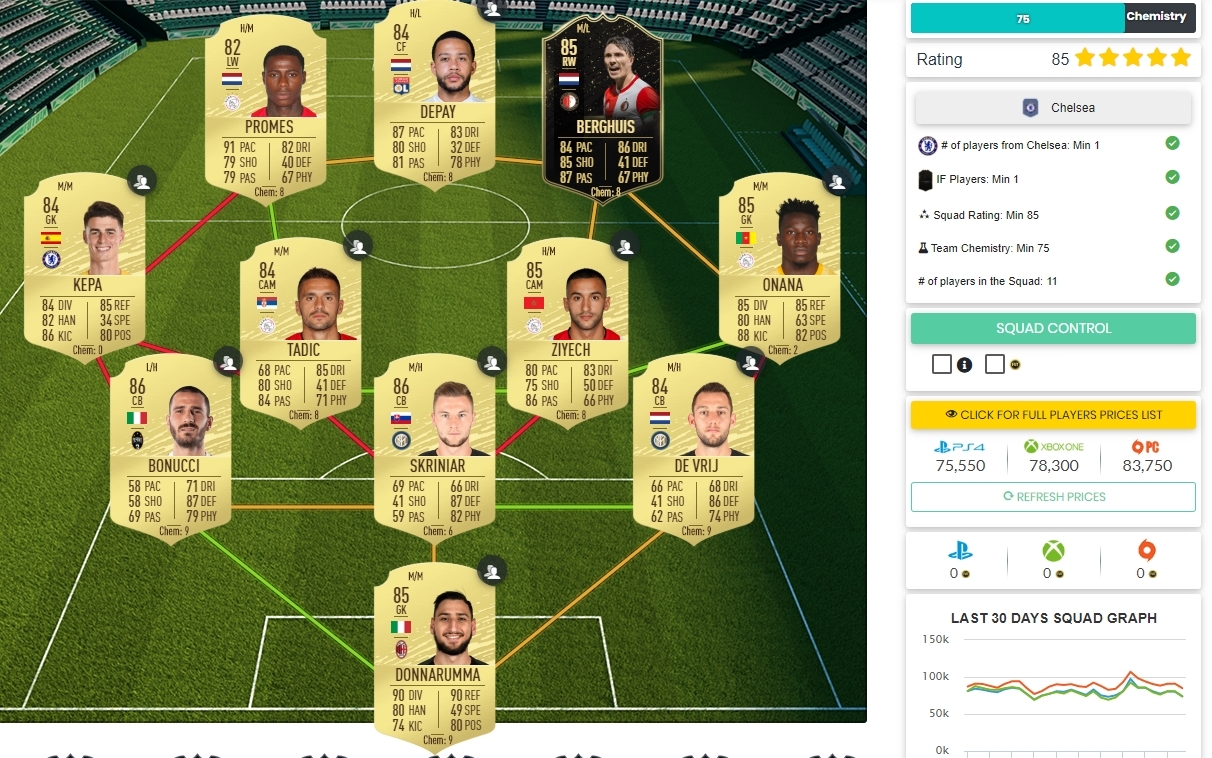 This is the current cheapest available solution for the Spain squad challenge: 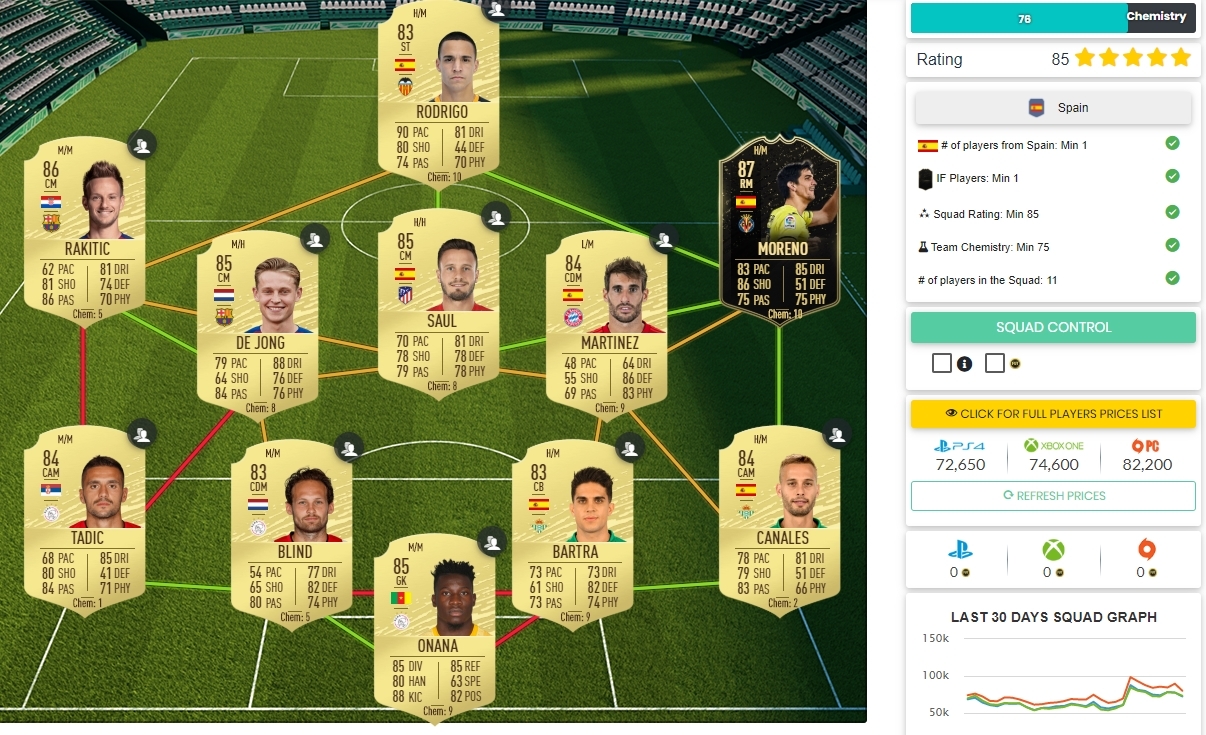 Honestly, if you’re on the fence about whether or not to try and get this card, it’s probably not worth doing the SBC because it’s hard to justify spending 200,000 coins on an untradeable CB whose stats don’t come close to being endgame-level.

Virgil Van Dijk, arguably the best gold center-back in the game, is going for just about twice that coin amount, and he’s definitely more than twice as good as Azpi. Not to mention, that’s a tradeable card.

Unless you’re a die-hard Chelsea fan or building the best possible version of the London club, then your best bet is to stay away from this SBC.