EA SPORTS have revealed a brand new selection of esports kits are coming to FIFA 20 and if you would like to know to get your hands on them, you’ve come to the right place.

The game’s developers have announced that 21 new kit designs are headed to the game to celebrate the beginning of the brand new FIFA Global Series season, which starts on November 8.

Stage one of the FUT Champions Cup begins on that date, with a whole host of players from all around the world facing off over two days of competitive play. However, fans will only be able to pick up these brand new kits for a limited time, so let’s look at how to do just that.

How to get FIFA 20 FGS kits 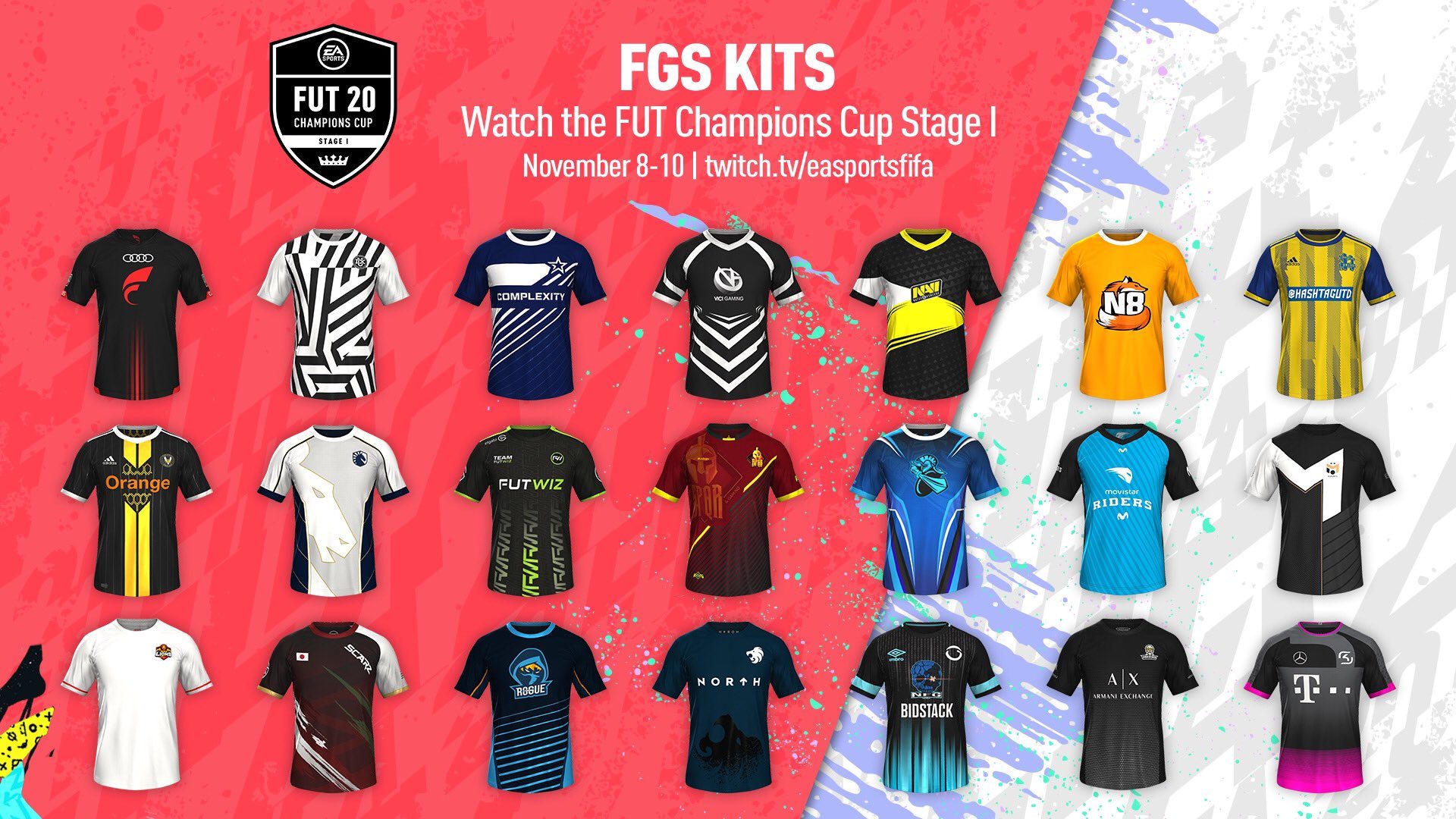 Here’s all of the new kits.

This brand new selection of kit designs, which will be worn by players of their respective teams during the course of this year’s FGS season, will be available to pick up between November 8-10.

On these dates, a number of different matches will be played in the first phase of the tournament, and all you need to do to get their kits in-game is to watch along on Twitch. To make things a little easier too, we’ve linked the channel below.

When the stream goes live on November 8, simply jump into the broadcast with a Twitch account connected to your EA Sports account and you will be able to redeem your new rewards in no time.

Linking these two accounts is pretty simple, too. All you have to do is make sure your gamertag is connected to your EA Account, then after signing in just select the ‘Connect with Twitch’ option. Fill out the details and away you go – it will then be linked.

If you’re still struggling, head over to the EA Help page for more information.

FIFA 20 players will be hoping that the new competitive season for the game will be just as good as last year’s, where German player Mohammed ‘MoAuba’ Harkouswas was ultimately crowned the world champion.