The massive Winter Refresh for FIFA 20’s Ultimate Team rating upgrades have officially been announced for FIFA 20. Here’s what to expect from the slew of important changes coming to the vast collection of FUT players on February 14.

Love is in the air this Valentine’s Day, especially if the thing you love the most is a huge update to FIFA Ultimate Team players to better reflect their impressive forms in real-life.

In the blog posts detailing the pending updates, the official release time for the Winter Refresh will be 6 PM in the UK (GMT), 1 PM EST, and 10 AM PST.

Numerous blog posts from FIFA provided lots of information regarding the upcoming changes, including a list of 50 players who will receive upgrades of +3 or more to their overall rating as part of the refresh.

Spain’s top league, the Primera Division, features the most +3 or more changes compared to other leagues, with 15 players getting massive upgrades. Behind them is England’s Premier League with 13, the German Bundesliga with 9, France’s Ligue 1 with 8, Italy’s Serie A with 3, and Holland’s Eredivisie and Portugal’s Primeira Liga with 1 each. 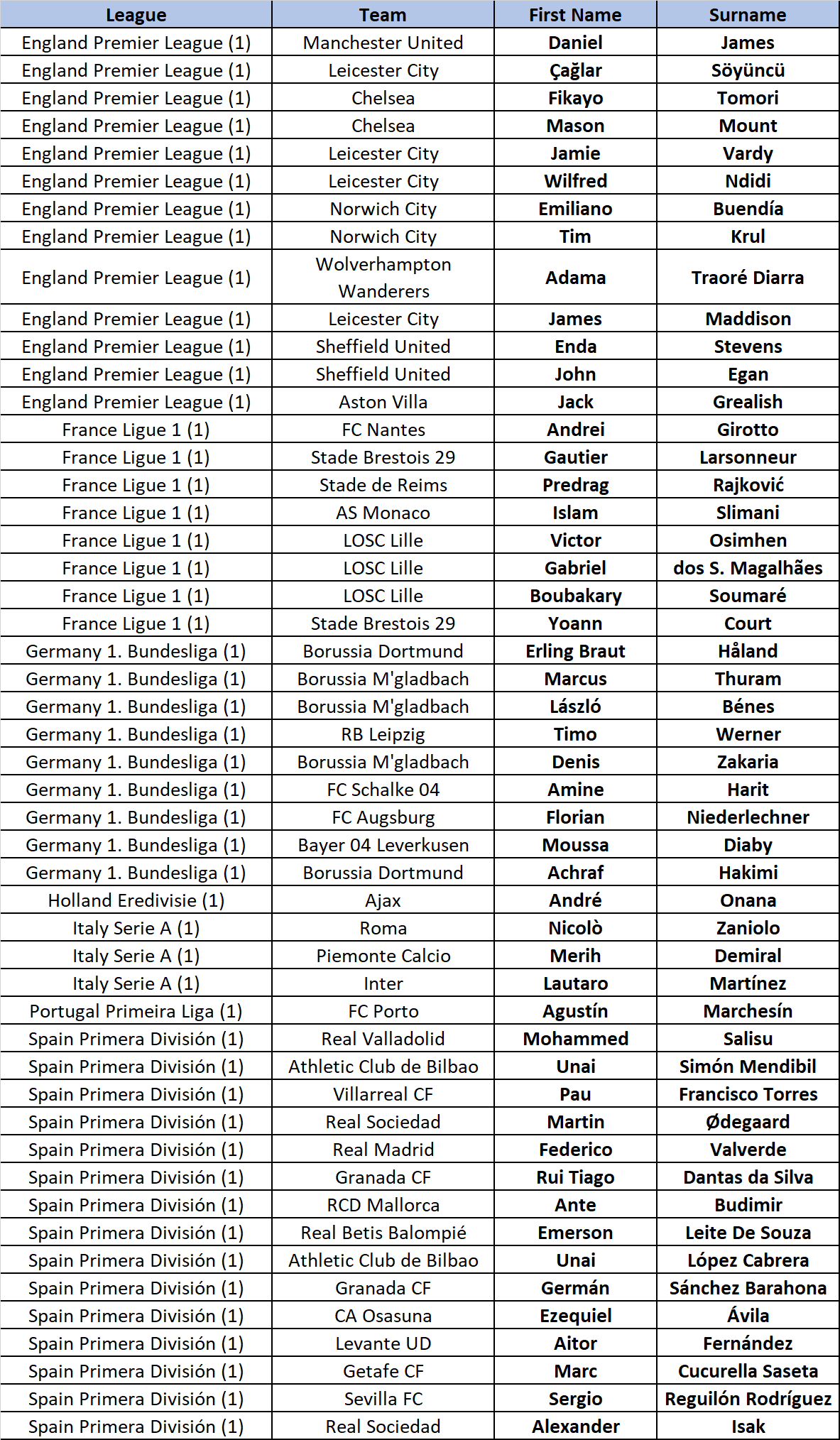 The full list of all players getting a +3 upgrade in FIFA 20’s FUT Ratings Refresh.

Leicester City fans will be happy to see four of their players get upgraded, the most of any team. LOSC Lille and Borussia M’gladbach sit right behind the Foxes with three players each getting upgrades.

It will be revealed on the official Winter Refresh day exactly how high these 50 players’ overall ratings will climb. Numerous members of the Future Stars teams announced over the past month are on this list, indicating their expected rise to potential stardom is already beginning, in the eyes of FIFA.

Some of the game’s icons are getting upgraded as well. Brazil legend Ronaldo is moving up to a 97, Johan Cruyff is moving up to 96, and Argentina’s Diego Maradona is hitting the ultimate 99 rating. They also teased upgrades for two special quality Serie A players, one of which is an SBC reward.

James Maddison is just one of four Leicester players to receive an upgrade during the Winter Refresh.

In addition to the soon-to-be upgraded 50, EA also provided a vast list of players getting upgrades to their Weak Foot and Skill Moves ratings, as well as a list of players being added to Ultimate Team.

The full list of all players getting a Skill Move upgrade in FIFA 20’s FUT Ratings Refresh.

The full list of all players getting a Weak Foot upgrade in FIFA 20’s FUT Ratings Refresh.

The rating changes will take place on February 14, while the new additions will be added between Feb 16-22.

Follow along with Dexerto on February 14 for all the upgrades and changes coming to the game’s biggest stars during the Winter Refresh.