ShapeShifters has been one of the more popular and well-received promos in FIFA 20, featuring cards that have had their positions changed and stats boosted.

After the first batch of players was released on February 21, EA have now rolled out the second half of the team, headlined by a 95 RW Ronaldo, 92 CB Kante, 91 ST Ribery, 90 CAM Richarlison, and 88 CB Alaba. 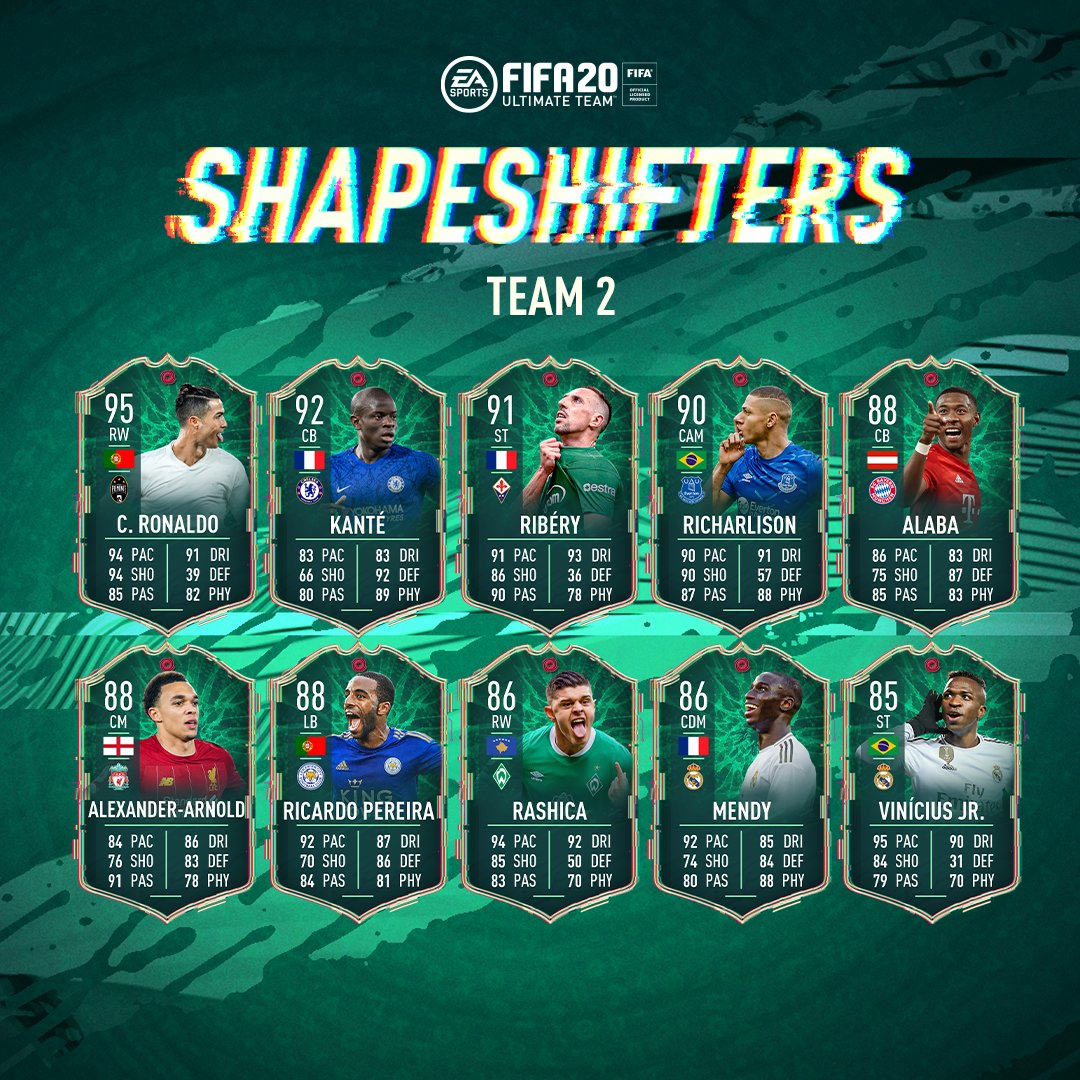 Team 2 features 12 cards in total – 10 of them available in packs and two untradeables, including an 87-rated CB Zakaria, available via SBC, and an 87-rated ST Bartra, who can be unlocked in objectives.

The beauty of this promo is that all of these cards are set at positions that normally could not be achieved by regular position-change cards, such as defenders to midfielders, strikers to wingers, etc.

In addition to boosting their stats, EA have also adjusted other aspects of the cards, such as work rates, to make them more suitable for their new positions. 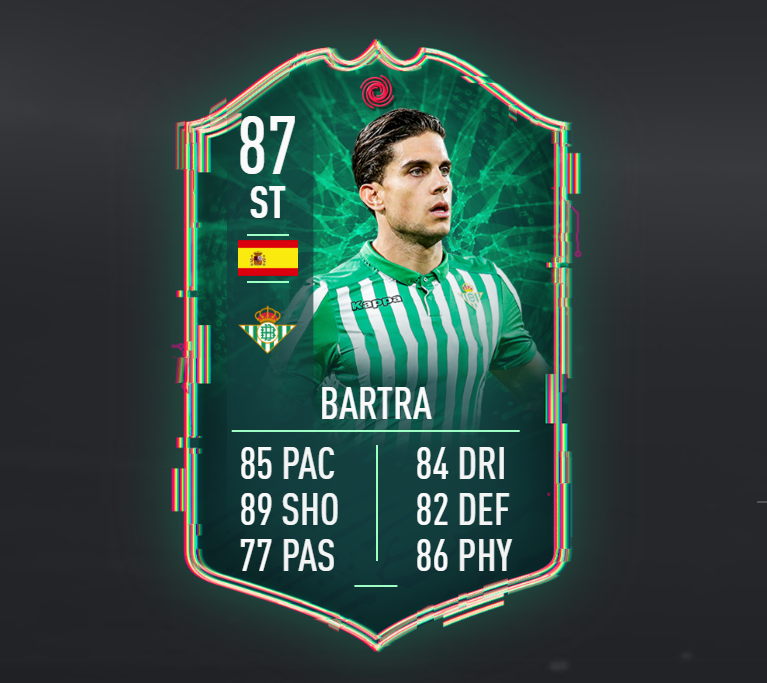 Marc Bartra has been transformed into an 87-rated ST for ShapeShifters Team 2 in FIFA 20 Ultimate Team FUT.

As expected, there are some awesome cards in ShapeShifters Team 2, perhaps none more so than Ronaldo’s new 95-rated right-wing card. CR7 hasn’t had a card at that position in FIFA 20, and not only can players now slot him on that right side with full chemistry, but this version is also left-footed, which is the first time in FIFA history that’s ever been the case.

Alaba is the perfect card to shore up your defensive line. His 85-rated LB card has been turned into an 88-rated CB, and his work rates are now MED/HIGH instead of MED/MED, making him ideal in central defense.

Real Madrid’s Ferland Mendy is another gem in this lineup – his 80-rated LB card is normally HIGH/MED, but this new 86-rated CDM version is MED/HIGH, which is great for central defensive mids. You can pair him up with Future Stars Valverde and ShapeShifters CAM Marcelo to turn your midfield into a brick wall.

For more in-depth analysis about Team 2, check out FIFA analyst Mike LaBelle break down all of the cards in the video below:

The #ShapeShifters Team 2⃣ is live!@MikeLaBelle analyzes each player and lets you know which ones you need to add to your squad! #FUT20

ShapeShifters Team 2 will be available in packs for a week, until next Friday, March 6. Make sure to follow us on Twitter For the latest FIFA 20 Ultimate Team news and updates.