EA Sports have released a new teaser for ShapeShifters Team 2 in FIFA 20 Ultimate Team (FUT), and it hints at three players with some serious in-game potential.

ShapeShifters has been one of the more popular promos in FIFA 20 Ultimate Team, featuring players in positions that you normally could not shift them to with regular position-change consumable cards.

Much like many of the recent promos, this one has been split into two separate teams. Team 1, released back on February 21, featured 17 players in total, including 96 CF Messi, 91 CAM Marcelo, and 91 CDM David Luiz. All ShapeShifters Team 1 cards that are in packs in FIFA 20 Ultimate Team FUT.

On February 27, EA Sports released the first teaser for Team 2 – an image that showed three hidden players with some clues and hints as to who they could be.

The highest-rated card is a 95 RW, which, according to the faint lettering on the card itself, ships as an ST as its default card.

There’s also a 92-rated French CB card that defaults as a CDM and an 88-rated CM card that normally ships as an RB. The CM card offers some additional clues, including 91 passing and 86 dribbling. 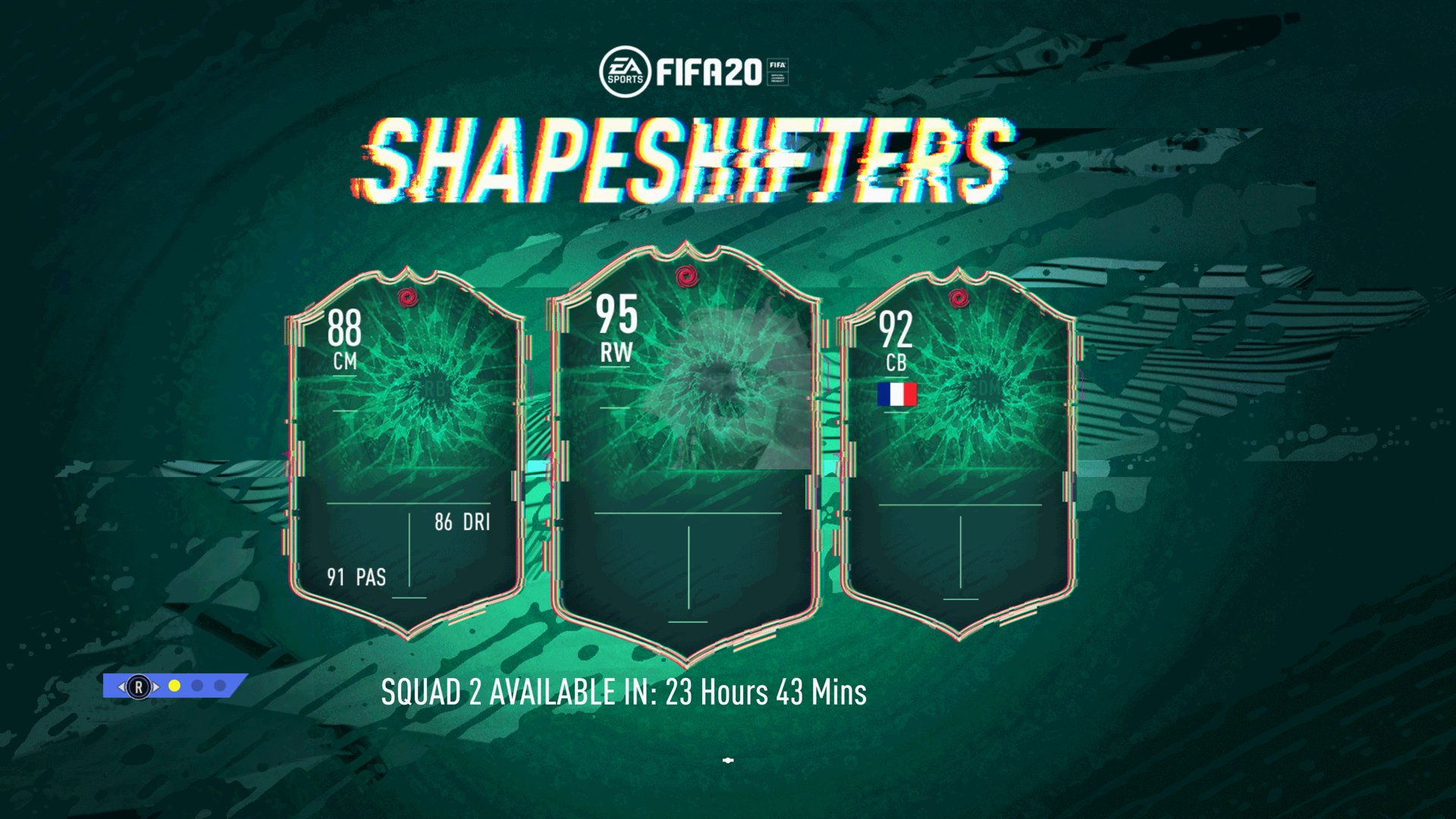 Who these ShapeShifters players could be

There are not many gold striker cards in FIFA 20 that, even with an upgrade, can reach a 95 rating. Thus, the most likely and most obvious candidate for this card is Cristiano Ronaldo.

Not only does his default card ship as a ST, he also doesn’t have any RW cards in this year’s FUT, so a ShapeShifters version would be perfect. Also, the first team included Messi, who got a +2 rating from his gold card, so a similar boost to CR7 would put him right at 95.

If this is indeed Ronaldo, then it’s definitely going to be interesting to see what other changes EA make to his card. For example, him shifting to the right-wing could see him get 5-star weak foot for the first time in FUT history, or the devs could even make his left foot be the stronger one instead of the usual right. Seeing as how the original, gold version of this card is a CDM, there are only two French central defensive midfielders rated high enough to qualify – 89-rated N’Golo Kante and 85-rated Blaise Matuidi.

As much as a 92-rated CB Matuidi would be a nice card, it’s pretty clear that this is going to be Kante, since his default card is much closer to that rating and he’s definitely more marketable. Plus, if the 95-rated RW is Ronaldo, then it’s highly unlikely EA would give two Juventus (or Piemonte Calcio) players ShapeShifters cards.

The question then becomes: How viable would Kante be at CDM? The answer is probably not very; his 5’6″ is way too short for a CB, even with his endgame-level defensive stats. That said, with how FIFA’s in-game formation changes work, starting with a five-at-the-back squad then moving Kante to the midfield could end up being a very clever way to use this card. 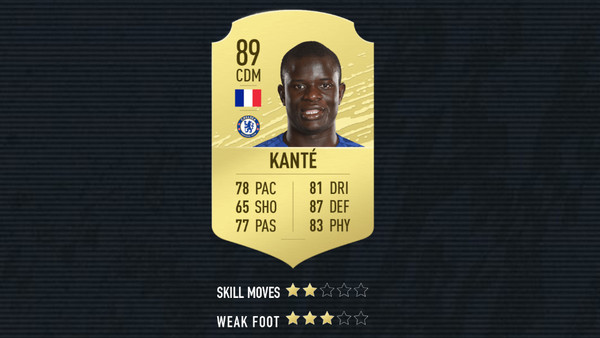 This is easily the most difficult card to try and figure out from the set, even with the teaser revealing that has 91 passing and 86 dribbling and defaults as a right back.

If we’re to assume that the most recent version of this card will be an RB with a rating around 84-86, the likeliest candidates are Trent Alexander-Arnold, Ricardo Pereira, and Danny Carvajal.

We’ll just have to wait and see with this one.

When does FIFA 20 ShapeShifters Team 2 release?

According to the in-game teaser screen, Team 2 will be going live on Friday, February 28 at 10 AM PT / 1 PM ET / 6 PM GMT. It will likely include 15 cards in packs, like Team 1, with another two untradeable cards – one via SBC and the other through objectives.