In his latest video, N3RDFUSION CMO and former CLG CEO Devin Nash reveals the true genius behind the new 100 Thieves compound, and discusses how brands like them are miles ahead of others in esports.

Devin Nash, a marketing expert with an extensive history in the esports industry, broke down each of the ways that the brand founded by Call of Duty legend Matthew ‘Nadeshot’ Haag is widening the gap between the best organizations and the rest.

Starting with the 100 Thieves CashApp Compound, Nash estimates that they paid “next to nothing for it,” between the sponsorships from CashApp, Rocket Mortgage, Redbull, and more. 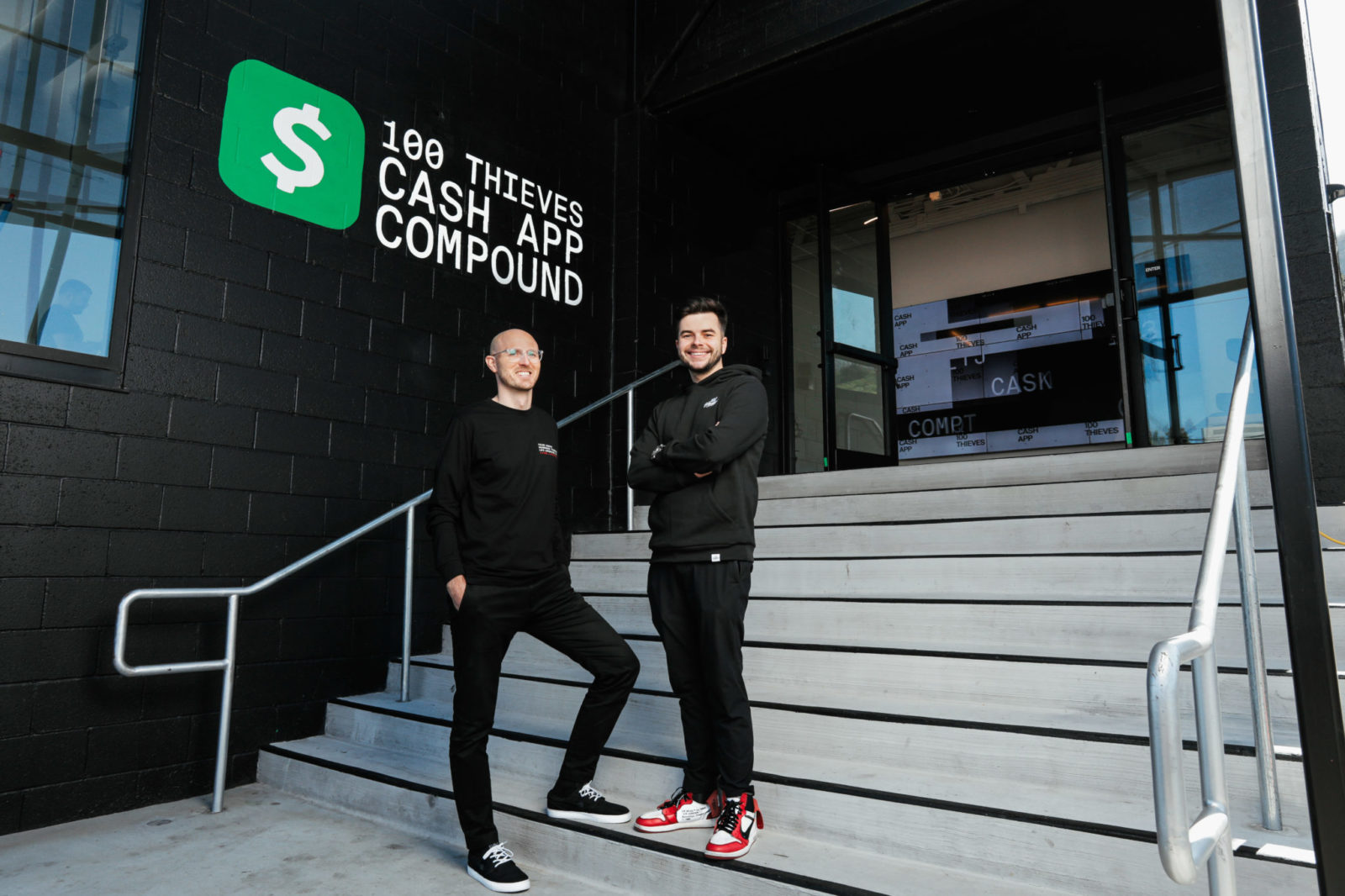 Nadeshot and John Robinson pose in front of the entrance to the 100 Thieves Cash App Compound.

The “clean, professional space” adds more value to 100T, as it can attract celebrities looking in at esports, and also maximize the value of all their resources.

But it’s not limited to just sponsorships. From their merchandise drops to the way they host events, Nash says that “everything is sponsored, supported, or carefully crafted to add value in some way.”

Another reason the brand does well is the same reason Nash claims rivals like Team Liquid and FaZe Clan are doing well too: they’re not solely focused on winning in esports. Winning is obviously important, but he argues that building a brand and content creation is more vital.

He cites Hector ‘H3CZ’ Rodriguez during his time with OpTic as one of “the best content creators to ever exist.”

A lot of teams are solely focused on winning, Nash says, and he admits that during his time as CEO at Counter Logic Gaming, and during his time as a Regional Manager at Dignitas, that he “didn’t understand how important building a brand was and exactly how to do it.”

100T merch has been a massive part of building the brand.

Nash says 100 Thieves “understood that from the very get-go, and that all of their people are creators that can stand alone as brands.” With names like Nadeshot, CouRage, Valkyrae, BrookeAB, The Mob, and others leading the way for content, they can add huge value to the organization while their LoL and CSGO divisions can afford to focus more on competition.

The speed at which 100 Thieves has grown into a massive esports brand has been remarkable. With some of the biggest content creators under their banner, some of the hottest merch in the scene, and now an impressive LA-based compound to house their operations, 100T are in the driver’s seat to define esports for 2020 and beyond.

The clear focus on building a brand provides more context to 100 Thieves’ decision to not participate in Call of Duty League. Nadeshot specifically said in that announcement that he didn’t want franchising to take away from the brand that they spent two years building.