Blizzard cancels the Heroes of the Storm Global Championship

The Heroes Glocal Championship, will not be returning for the 2019 season, according to an announcement by Blizzard on Thursday, December 13.

The HGC was the top level of competition for Heroes of the Storm esports organized by Blizzard, and brought teams together from across the world to compete at BlizzCon in the finals each year.

After going through a flood of public backlash for announcing the “Diablo Immortal” mobile game at BlizzCon 2018, the latest move by Blizzard should also provoke some outrage from the community.

The cancellation seems to have taken many involved with the HGC by surprise, and it has some saying this could be the end for Heroes esports.

In addition to the HGC, the popular Heroes of the Dorm collegiate competition will not be returning either, according to the news release from Blizzard. 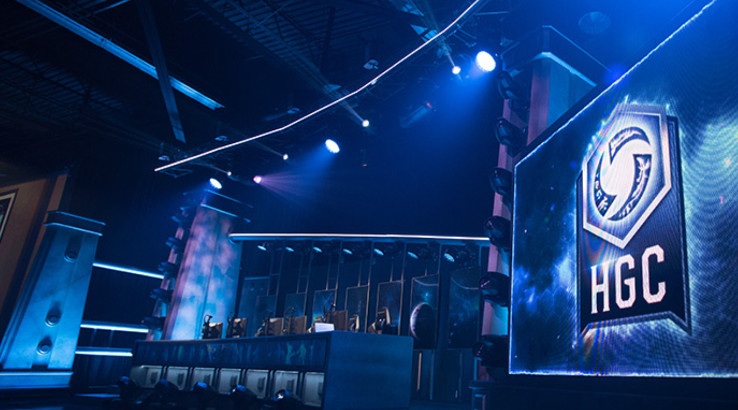 The move by Blizzard has left a large number of players and team staff looking for answers and wondering what will happen next.

HGC has been canceled.

Freelance commentator and video producer looking for work. Been in the industry since 2006.

Ok, Heroes of the Storm is not a huge esports like League or CS:GO but that's fucked up.

Imagine how many players, managers, coaches, casters will be unemployed with this news 🙁 https://t.co/Yimzfuk8NS

Below is Blizzard’s full statement on HGC and Heroes of the Dorm:

We’re constantly changing and evolving not only our games, but how we support and grow them. This evolution is vital to our ability to continue doing what we love to do—making great games—and it’s what makes Blizzard, Blizzard.

Over the past several years, the work of evaluating our development processes and making hard decisions has led to new games and other products that we’re proud of. We now have more live games and unannounced projects than at any point in the company’s history. We’re also at a point where we need to take some of our talented developers and bring their skills to other projects. As a result, we’ve made the difficult decision to shift some developers from Heroes of the Storm to other teams, and we’re excited to see the passion, knowledge, and experience that they’ll bring to those projects. This isn’t the first time we’ve had to make tough choices like this. Games like Diablo II, World of Warcraft, StarCraft II, Overwatch, and more would not exist had we not made similar decisions in the past.

Despite the change, Heroes of the Storm remains our love letter to Blizzard’s worlds and characters. We’ll continue actively supporting the game with new heroes, themed events, and other content that our community loves, though the cadence will change. Ultimately, we’re setting up the game for long-term sustainability. We’re so grateful for the support the community has shown from the beginning, and the development team will continue to support Heroes with the same passion, dedication, and creativity that has made the game such a unique experience.

We’ve also evaluated our plans around Heroes esports—after looking at all of our priorities and options in light of the change with the game, the Heroes Global Championship and Heroes of the Dorm will not return in 2019. This was another very difficult decision for us to make. The love that the community has for these programs is deeply felt by everyone who works on them, but we ultimately feel this is the right decision versus moving forward in a way that would not meet the standards that players and fans have come to expect.

While we don’t make these decisions lightly, we do look to the future excited about what the decisions will mean for our other live games and all the projects we have in the works. We appreciate all of our hard-working developers and everyone in the Blizzard community, and look forward to sharing many more epic gaming experiences with you in the future.