Popular YouTubers and family vloggers Cole and Savannah LaBrant are coming under fire for their April Fool’s prank – which made their 6-year-old daughter cry.

The LaBrants pulled a major prank on their viewers during the holiday with a video titled, “We Have To Give Our Puppy Away… Saying Goodbye Forever.”

In the video, Cole and Savannah manage to convince their 6-year-old daughter, Everleigh, that they needed to give away their pomeranian, inciting an emotional outburst from the youngster that left the internet fuming.

After receiving ample criticism for their prank, Cole and Savannah uploaded an apology video on April 3, where they claimed that they had ultimately meant to prank their audience, rather than their child.

“We were going to April Fools you guys,” Cole explained. “That was the whole plan. …as we’re talking, Everleigh hears us talking in the other room and she buries her face into a pillow and starts crying.”

Cole went on to admit that he wasn’t sure if Everleigh was “fake crying” or not, since the family had been pranking each other all day; however, he later apologized to his daughter, and owned up to taking the joke “too far.”

Despite the LaBrant’s largely positive fanbase, the couple has been bombarded with hate following their prank video, with Savannah claiming that angry viewers had called for their children be removed by Child Protective Services. 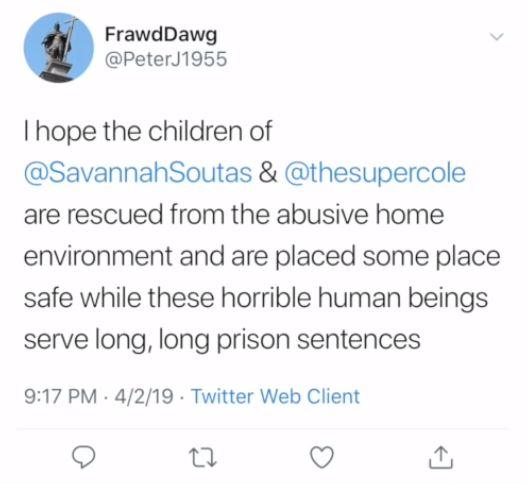 The Labrants have received ample backlash following the release of their prank video, with some viewers calling for Child Protective Services to remove their children from their home.

“I would never tell someone because of a mistake that they made that they should go to jail, or they should get Child Protective Services and get their kids taken away from them,” she said of the matter. “I just think it’s so wrong.”

While comments on both videos are disabled, the LaBrants did not do this themselves; they explained that the disabling was part of YouTube’s effort to decrease pedophile rings on the platform, who use the comments section to alert other child predators of “explicit” moments in videos featuring children. 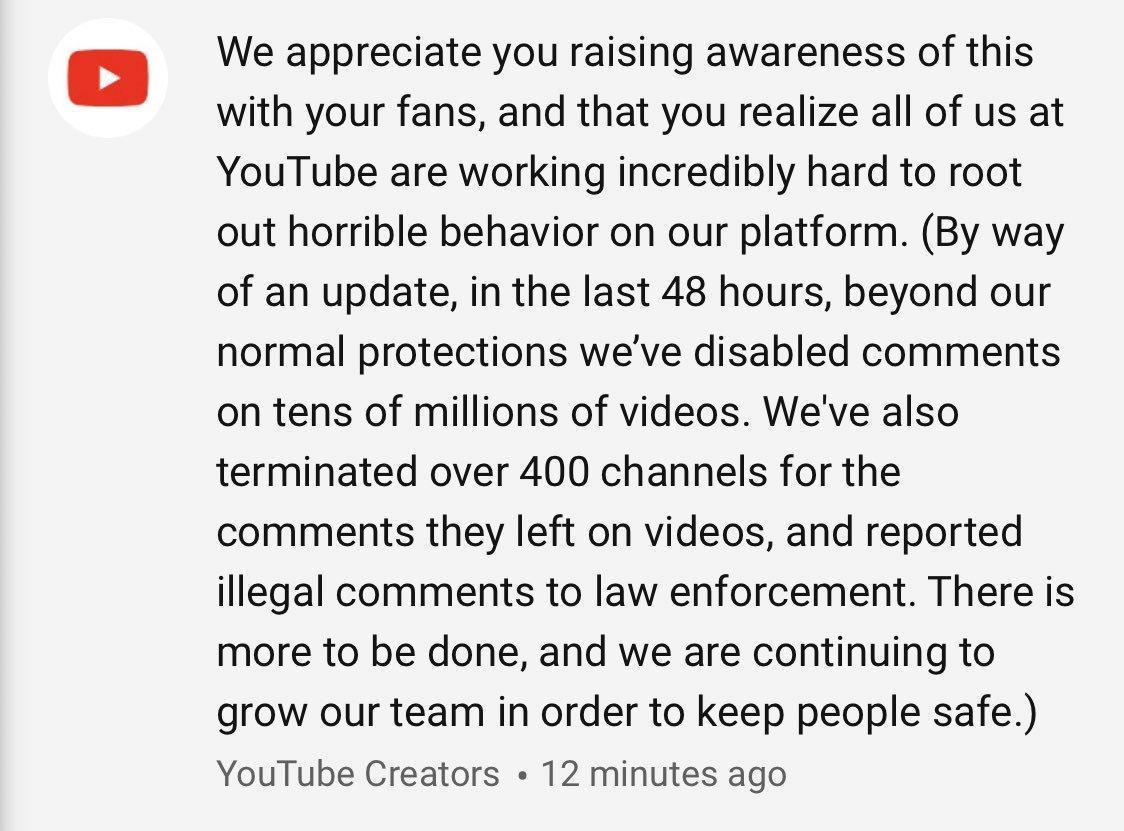 YouTube’s efforts to decrease pedophilic content on the platform included disabling comments and even demonetizing videos, inciting backlash from some of the site’s top creators.
https://www.dexerto.com/entertainment/you-tube-terminates-hundreds-accounts-response-major-pedophile-scandal-387496

This is far from the LaBrant’s first controversy; Cole and Savannah garnered mass backlash for allegedly faking an evacuation of their home due to the California fires in summer 2018 – although the couple never directly addressed these claims.