Twitch star Felix ‘xQc‘ Lengyel decided to live stream himself putting together his new PC build, with the help of his viewers, but was left red in the face when he discovered he had forgotten one essential part – the power supply unit.

Building a PC is one of the best parts about getting one (depending on who you ask), but xQc was effectively robbed of that experience after he forgot the part needed to actually turn the PC on.

To be fair, the power supply is usually one of the last things people think about when buying parts for a new PC as the CPU, GPU and motherboard options are near limitless and far more exciting. 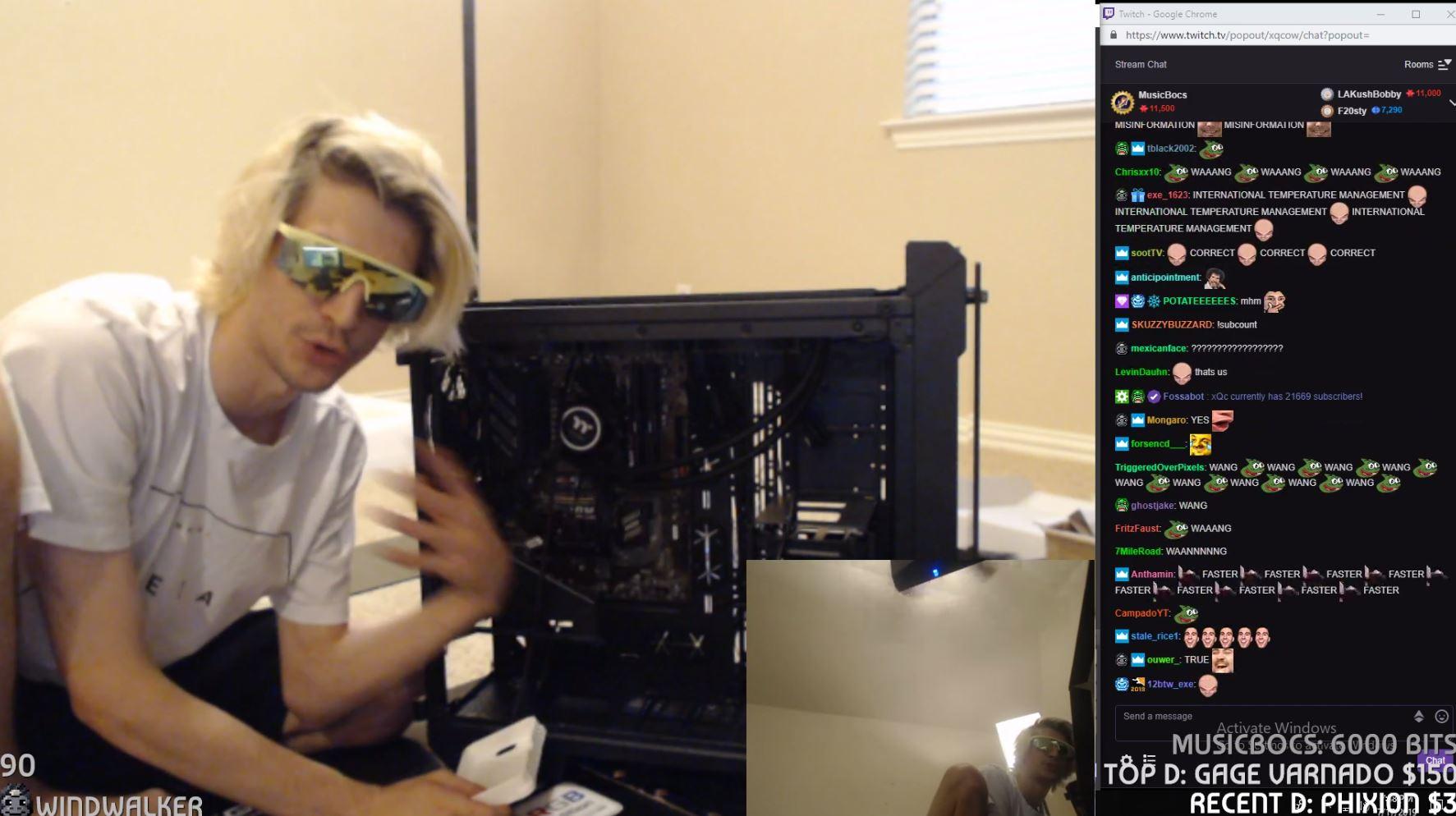 xQc had a fun time building his PC.

He dedicated an entire stream to building his PC but found out he was missing the crucial part at the very beginning.

“Can you guys tell me what this is,” as he held his CPU up to the chat, before having a worried look come over his face. “Oh shit, I forgot a power supply! Oh my god. Boys, that’s it. That’s it. That’s it boys.”

Instead of letting it derail the experience, he went ahead with building the PC without the PSU, deciding he’ll add it in at another time.

One thing that did set off alarms for viewers is the fact he was going through the entire building process on the carpet, which is generally best avoided due to the riskk of static electricity.

After roughly four hours, the PC was complete, albeit lacking a power supply, and he showed off the finished product to his chat.

Having no PSU makes it difficult to troubleshoot if there were any errors with the build so he’ll have to save this for another day.

Despite the disastrous start to the stream and PC building experience, xQc was able to salvage it and have a rather entertaining stream in the end.

Once his new PSU has arrived and is all set up, he’ll likely share the moment of truth – whether it actually boots – with viewers on his next stream.