Félix ‘xQc‘ Lengyel received a bizarre message from a K-Pop fan, lashing out at the streamer for his opinion on the music genre and those who enjoy it.

K-Pop is one of the biggest music genres in the world, and has amassed a truly fanatical audience that lives and breathes for popular bands like BTS, BLACKPINK, and Exo, and are staunchly defensive of their favorite musicians and the culture surrounding them.

These groups originated in South Korea, often made up of five or more members, who release music across multiple genres, complete with high-quality music videos and incredible dance routines that have captured the imaginations of people across the globe. 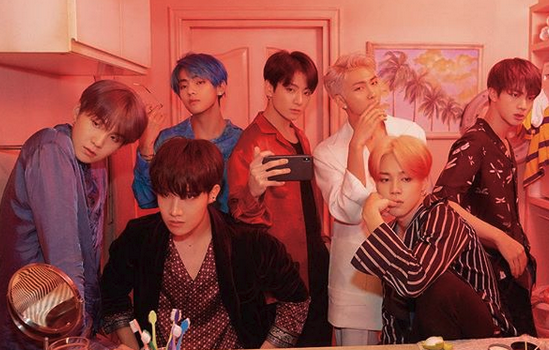 BTS are one of the biggest K-Pop groups in the world, but xQc doesn’t understand the appeal.

For xQc though, the love of K-Pop is beyond confusing, going on a rant during his January 6 stream, questioning why anyone likes it.

“Watch BTS?” he read from his chat, as a viewer tried to convince him to give the band a shot. “What’s BTS? Behind the scenes? Oh, it’s K-Pop sh*t. Can I ask dude, what is it with K-Pop dude?”

“Every bit of K-Pop is treated like it’s gold, and it’s the best piece of art ever created in the whole wide world when it’s absolute f**king dogsh*t. It is literal trash. Everyone is like ‘Oh my God, this is one of the top gender-neutral choreographies,’ and I’m like dude, it’s four hand-swings. At least if it was good dancing I could get behind good dancing.”

Following his criticism, the 24-year-old was ending his stream when he received a direct message from a K-Pop fan who had seen his rant, calling out the streamer for his opinions. In fact, he was so surprised by the DM that he decided to read it out for his audience, removing his “stream ending” screen just to let everyone know what it said.

“What the f**ck is this dude? Holy sh*t. There’s no way this is real,” he said, before launching into the message. “‘You say BTS sucks. You make fun of me for liking them. Tell me I’m stupid. Turns out you’re the stupid one. I want to be different. I’m sick of being what others want me to be. I want to dance out of nowhere, sing in another language. I want to be kawaii. I want to hug and snuggle my only friend because you two-faced, frick-frack, tik-tak idiots are too scared to be my friend.'”

This isn’t the first time that xQc has had a run-in with K-Pop lovers, with the streamer revealing back in 2018 that he had received death threats when he stated that a girl he saw in a video performing a dance routine looked like she lacked confidence.

One thing is for sure, the messages he receives from K-Pop fans certainly haven’t convinced him to keep his opinions to himself, and it seems like they haven’t been able to convince him on the merits of the genre and community just yet.