xQc shares constructive advice on how to become a successful streamer

Popular Twitch streamer Félix ‘xQc’ Lengyel took time out of his broadcast on August 17 to address his audience and give new streamers advice on how to become successful.

While xQc is usually known for his explosive rants and colorful personality, on an August 17 stream, the Overwatch pro got completely real with his audience about the correct steps to take as a new streamer.

Using examples from what he did when he first started out, the Canadian streamer opened up and gave some advice on what budding broadcasters should be doing. 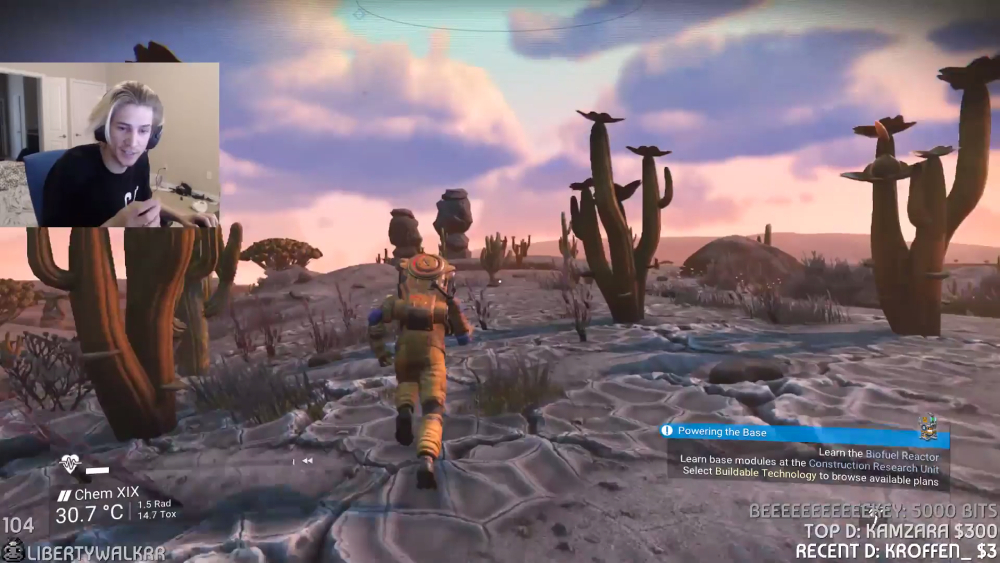 The Canadian streamer opened up to his audience on August 17.
[ad name=”article2″]

The popular Twitch streamer was playing No Man’s Sky, when he replied to someone in chat that had asked him a question about starting out as streamer.

The Overwatch pro talked about the intense struggle when first starting out to build an audience from nothing. “In terms of personal early discovery, it is crazy the difference that five viewers have over zero or over one.”

He further pointed out that once you have five followers, you have to perform for them as opposed to talking to no-one. “Those five, what are you going to do for them? Are you just going to give them dog shit? No.”

The Overwatch pro then followed with advice on self promotion in the early discovery phase of starting out. “Posting on places like forums, that’s fine dude”.  But then cautioned new streamers from shameless self promotion, as it doesn’t pay off in the long run.

“If you want some dog shit tips on how to grow your stream, plugging your own stream is really bad, because anything you gain out of it will be out of disdain. People won’t like you. They will just tell you to fuck off.”

xQc then recalled how he would practice streams early on with a single viewer, so that he could improve and interact with someone while streaming.

“A good way to do it, I wanted to stream just to practice, I just wanted to do it. But I wanted to have at least one viewer, so I could at least have someone to interact with.”

He then took some time to detail his own beginnings as a streamer, and what he did to help build up his audience. “Let’s say I was like on a League forum or trading forum. I would post my stream on my own Facebook.”

xQc continued by saying that sharing your stream with people that already know you can build the beginning foundations of your audience.

“I posted it on my League group that I was a part of. And I posted in places that people were already tuned into. I posted my stream to people that were already sort of with me. That were there on purpose. And even though you think it might not matter, it does.”

xQc is one of the top streamers on Twitch, with just under 1.5 million followers on the platform as of August 17.