YouTube couple Robin Birrell and Emma Crompton are no strangers to pulling pranks on each other, and the girlfriend’s latest gag saw her pretending that she’d been beaten up and badly bruised after an argument with a stranger.

The Google-owned video platform is host to many couples who love to pull crazy pranks on one another and record their victim’s reaction for their viewers’ entertainment.

Duo Robin and Emma fall into this category, and are always trying to one-up each other with some insane hijinks, and their latest upload saw the girlfriend trick her boyfriend into thinking she’d been attacked.

On January 12, the pair uploaded a video titled “I GOT BEAT UP PRANK ON BOYFRIEND!” in which the 25-year-old started off by stating that she was going to be applying makeup on her face to mimic bruises.

“I’m going to try and make the bruises look as realistic as possible so Robin really thinks I’ve been beaten up,” she said, before she blended it under her eye and added some fake blood, with the end result looking quite realistic.

The British prankster then waited for her partner to come home from a trip, and laid down on their couch and placed a pillow over her face so he wouldn’t see her ‘injuries’ straight away. “I’ve got a headache,” she explained when her Germany-born boyfriend asked how she was doing.

After moving the cushion away, he was shocked by the state of his girlfriend’s face. “Oh my God! What happened to your face?! Oh my f**king God!” he stated in panic. “I hit it on the pavement,” she replied. “I had a bit of an argument with someone and I ended up hitting it on the pavement.”

After several unsuccessful attempts to try and get her to go to the hospital, Robin lost his mind when she pretended that a guy had harmed her on the way home from a night out after she’d refused drinks. “Are you f**king kidding me?! A guy did that to you?!” the 25-year-old exclaimed. “I’m gonna f**king kill him! Tell me who it is! Who did that to you?! I’m gonna get the CCTV from that bar…”

After a few minutes, Emma couldn’t hold in her laughter anymore and the jig was up. “Do you know how f**king fast my heart is beating? How the f**k do you make it look so realistic?” her partner asked frustratedly. “I’m so happy that it’s not real, but you got me good.” 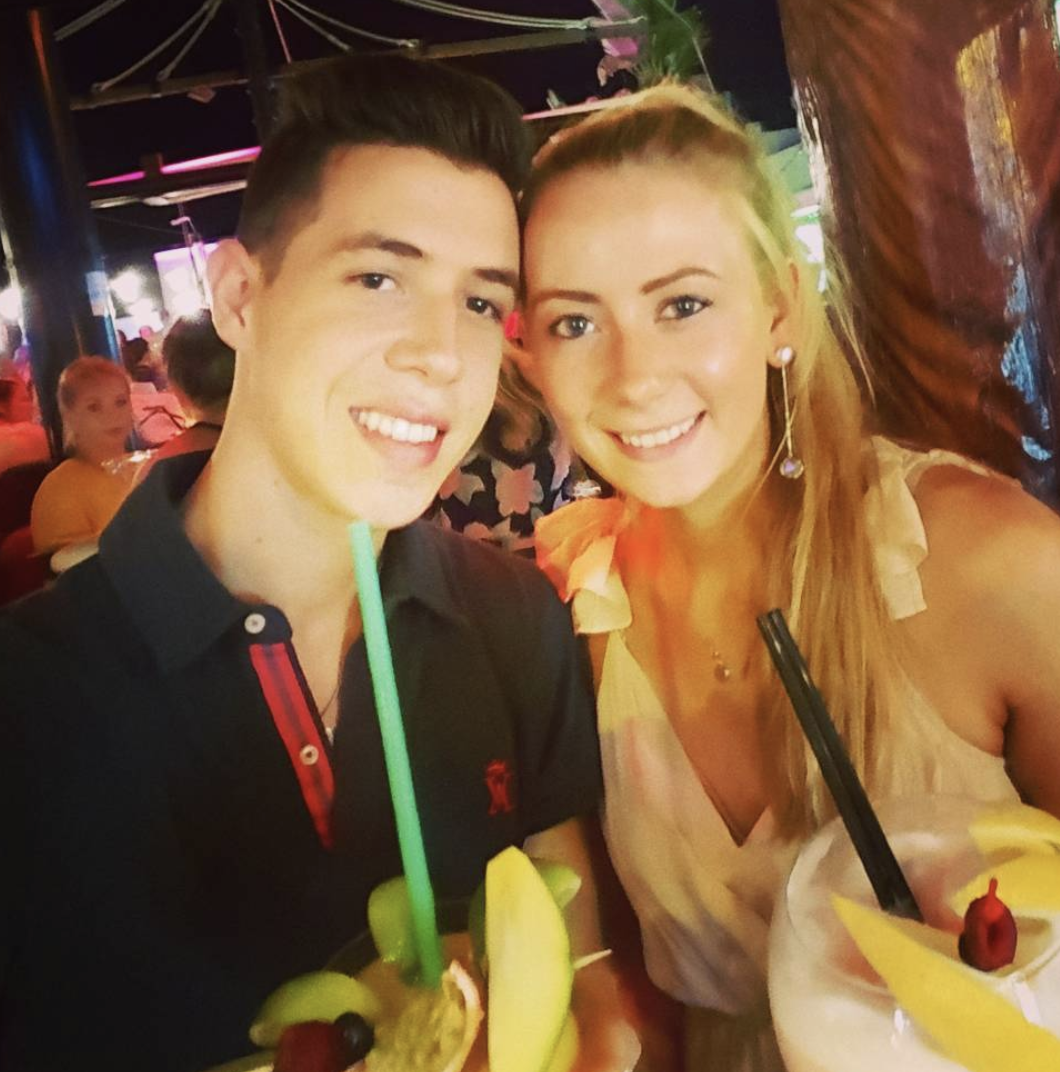 The YouTube couple have been dating for over six years.

While the prank might seem a bit harsh to some, the couple are forever pulling similar antics, such as pretending to be dead, gluing things to each other, and shaving eyebrows off.

They’ve been dating since October 2013, and started their YouTube channel in October 2015, amassing over 2.5 million subscribers since.