What happens when MrBeast goes through a drive thru 1,000 times? - Dexerto
Entertainment

What happens when MrBeast goes through a drive thru 1,000 times?

Jimmy “MrBeast” Donaldson is hailed as YouTube’s biggest philanthropist, known for giving out insane amounts of cash to small-time Twitch streamers, wait staff, and college students – but not all his videos are giveaways.

MrBeast is also known for orchestrating outrageous challenges, such as filling his neighbors backyard with 100 million orbeez and even forcing his friends to stand in a circle for hours to win a $10,000 cash prize.

However, his latest video puts a different spin on his over-the-top ideas, with himself and his crew circling the same Hardee’s drive thru 1,000 times.

Of course, they didn’t all stick to the same vehicle: the buddies eventually split up, with MrBeast taking a golf cart while another crew member drove a lawnmower to speed up their seemingly impossible task.

Driving through a drive thru 1,000 times is bound to get a bit monotonous, as well, so rather than relying on the staff to cook up their orders, Chandler Hallow decided to work the drive thru window, himself – leading to some hilarious shenanigans, in the process. 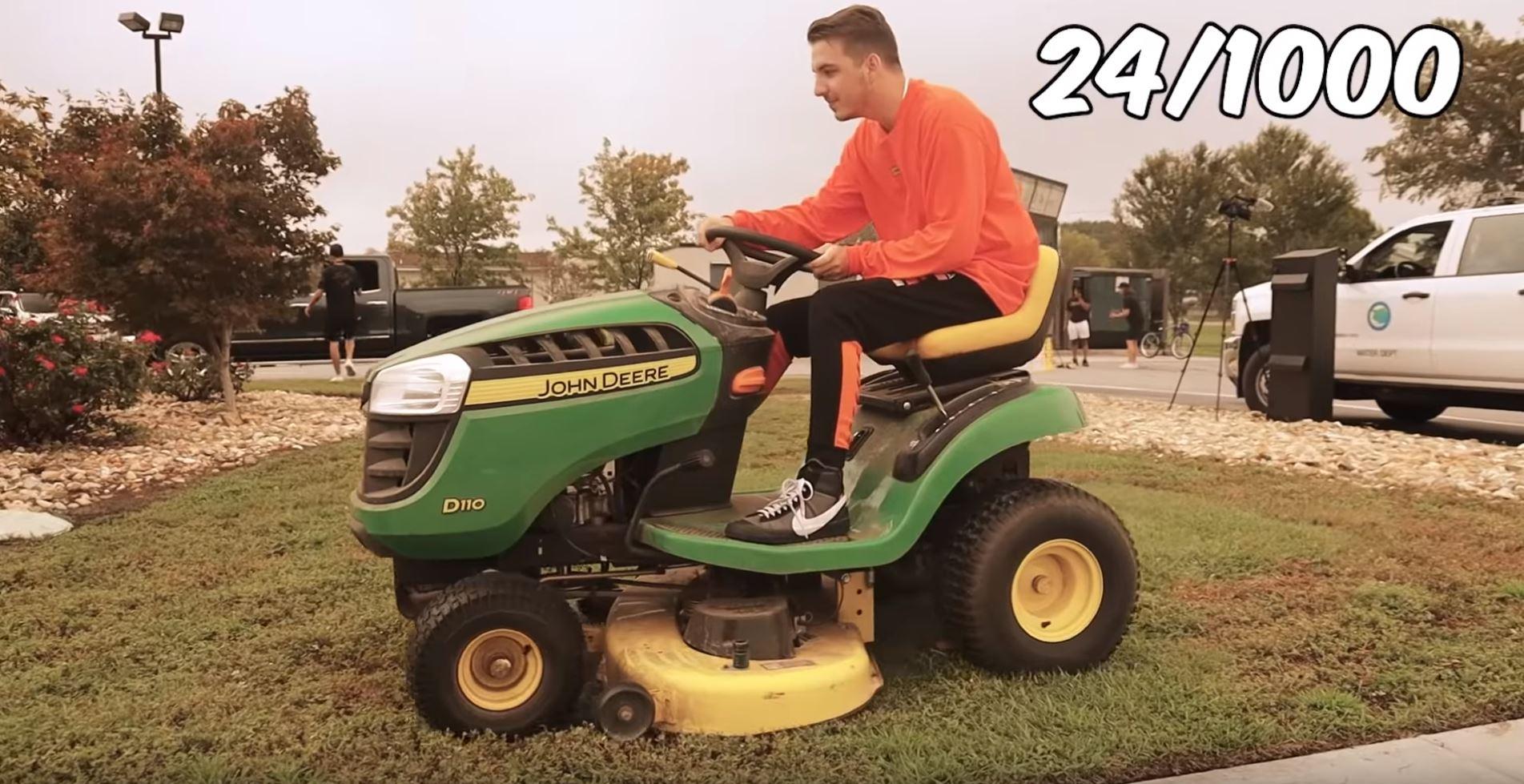 To save on time, some of MrBeast’s crew drove their own vehicles through the drive thru – including a golf cart and even a lawnmower.
[ad name=”article3″]

MrBeast’s challenge obviously resulted in a surplus of food, which he donated to a local middle school rather than wasting. He seems to be a favorite amongst younger audiences, as well, as seen in the uproarious cheers from the assembled students during lunchtime.

That’s not all: the crew even bought lunches for their local police department and hospital, later renting a limo for “more space” for their orders.

The boys’ experiment ran from 7 AM to 9 PM, with the crew spending fourteen hours driving through the same drive thru – a mammoth task that left MrBeast and friends completely wiped out.

The YouTuber’s latest challenge follows his feud with fellow YouTuber “Morgz,” who he called out for appearing to copy his video ideas.

As one of the biggest faces on the platform, it comes as no surprise that MrBeast boasts a seemingly dedicated copycat – but fans have yet to see if Morgz has the mental fortitude to copy his grueling drive thru challenge.