The timing could not have been worse for Twitch streamer and Overwatch pro Nikoka ‘sleepy’ Andrews, as during a recent stream his mother came on and resubscribed right as he started talking aloud about something he was passionate about.

To be a professional gamer, especially in Overwatch, mastering the art of timing is a necessity. For streamers, perfectly timed moments are an incredible source of comedy and/or amazement for the streamer and their viewers.

During an Overwatch stream, he was playing the viral Jump King game while queued for a match, and was casually answering questions from chat. Suddenly, a well-timed silly disaster struck.

“I very much enjoy anime women,” Sleepy said, and when he did, two facepalm-worthy moments happened at the same time. First, he missed his jump, and fell down a level in Jump King. But also, he said that right as his mom resubscribed to his channel.

There were two sections of icing on the cake as well. The first being his mom’s supportive and heartwarming message of “good morning”, and the second being the on-screen notification that features an anime girl with cat ears. 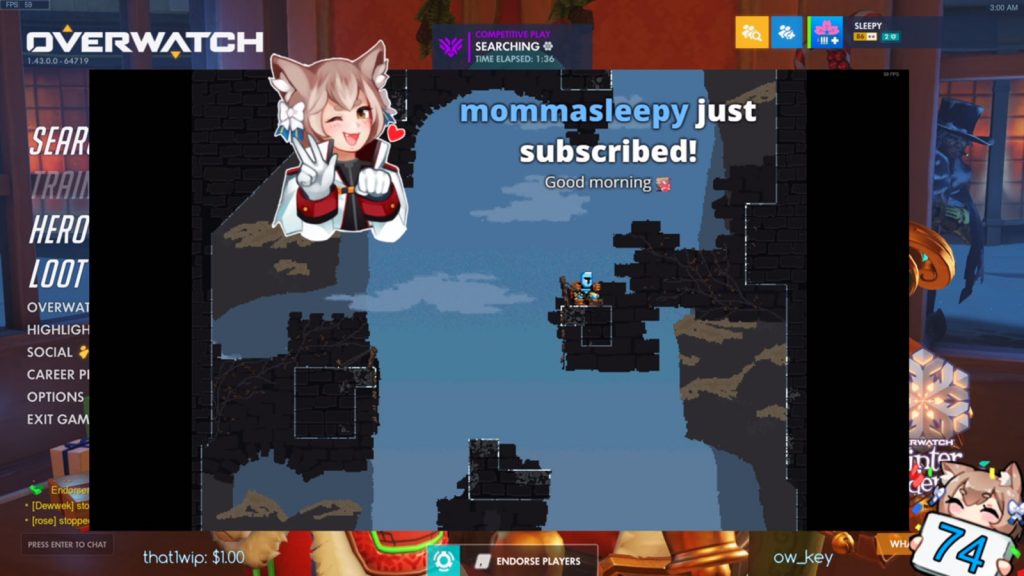 Good morning to you too, mommasleepy

You can hear the streamer hit his desk in disbelief, before trying and failing to explain himself. He couldn’t contain himself from laughing as he opened up his activity feed to see his mom’s 35-month sub streak and her encouraging message.

There’s also a great view of his chat laughing hysterically at the timing of the whole thing, while also wishing sleepy’s mom a good morning as well. The support from his mom proved to be the catalyst the streamer needed, as he won his game when his queue popped and got play of the game.

Sleepy showed off his Overwatch hero versatility during his game, and that versatility is a big part of his pro playing career. Prior to Overwatch League, he played with Tempo Storm, and then played with both the San Francisco Shock and the Washington Justice as a flex player during OWL seasons 1 and 2. 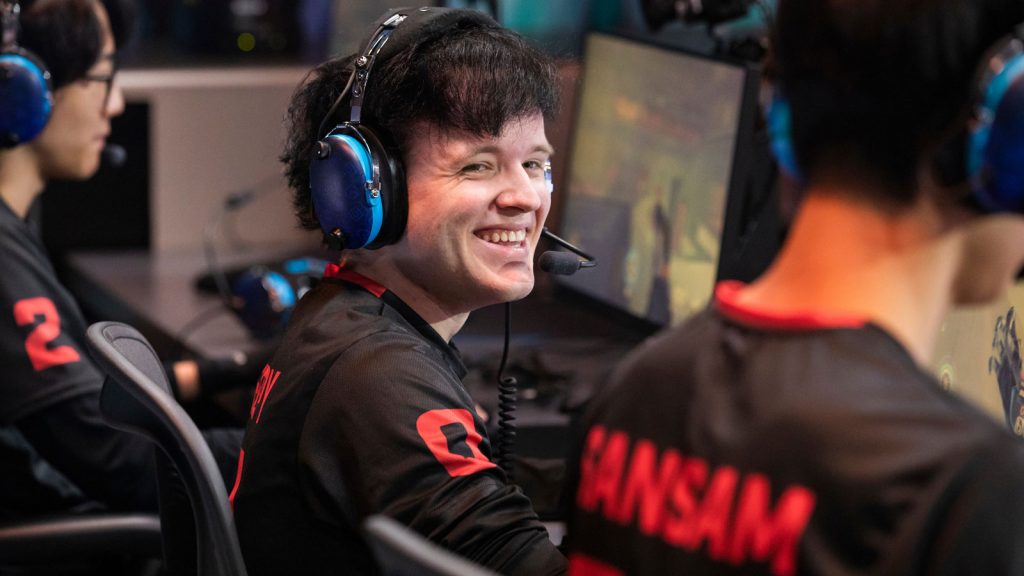 Sleepy on stage with the Washington Justice

Sleepy’s contract with the Justice expired in October, and he’s currently a free agent seeking any and all opportunities to continue playing competitively.

In the meantime, he’s looking forward to spending Christmas at home with his family, where hopefully he won’t have to explain to his mom his love for anime women.