They say that entertainers should never work with children or animals, and Twitch streamer ThaButtress found that out when her dog decided she wanted to be center of attention during her December 1 broadcast.

The beautiful nature of live streaming is the fact that anything can happen at any moment, with many content creators playing their part in hilarious real-time moments that they could never have expected.

Adding animals into the mix can make things even funnier, as ThaButtress quickly realized when the dog decided that she was tired of her owner focusing on her audience instead of her, and took matters into her own paws. 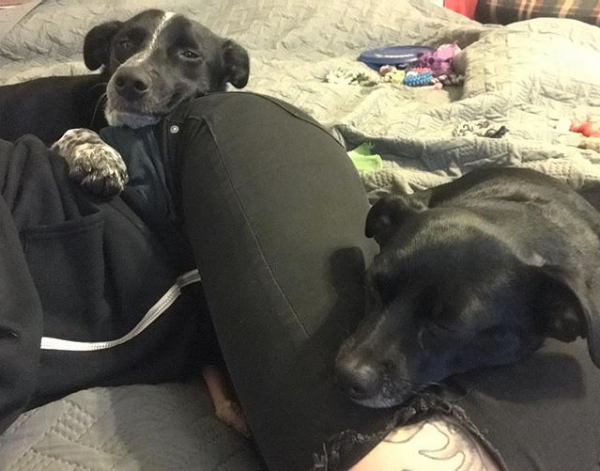 ThaButtess’s stream was interrupted by one of her adorable pups.

While building models of Gundams, giant robots from Japanese anime, the streamer was putting together the arm as the final piece of her building for the day. Her dog was clearly growing impatient that her owner had sat in front of the screen for six hours instead of paying attention to her, and made herself the star of the show as the broadcast wound down.

As she worked on her figurine, the dog could be heard groaning and moaning in the background, starting off softly before becoming the most distracting noise imaginable.

Eventually, the pup managed to hop onto its hind legs and paw at the streamer’s arm, who switched her camera to show the dog resting on her forearm. “This dog is so cute,” she told her stream, before dropping some treats on the ground for her canine companion.

ThaButtress isn’t the only streamer to be upstaged by their dog, with fellow broadcaster ChloeLock’s decision to bark at her dog leading to it freaking out on November 28. Even cats have been known to wreak havoc, with Chisaihato left in stitches after cutting to her “cat camera” at the worst possible moment.

With pets often viewed as part of the family, it’s no surprise that streamers want to show them off on stream and let them be part of their profession, and some creators like MayaHiga even use the platform as a way to raise money for animals in need around the world.