By now, just about anyone who browses the web knows about Reddit’s “Roast Me” subreddit, a forum where users post selfies holding up a piece of paper that reads “Roast Me” – voluntarily opening themselves up to any and all criticisms about their appearance, which can result in some hilarious comments.

However, not just anyone can post on the page without consequence, as popular Twitch streamer ‘Erobb’ unfortunately found out after submitting his very own “Roast Me” selfie to the subreddit.

The thread for his selfie was quickly deleted and all commenters banned by a moderator, as the post was never approved before being shared across Erobb’s fanbase, with the moderator speculating that the wave of comments underneath the post were either a “spambot attack or brigade.” 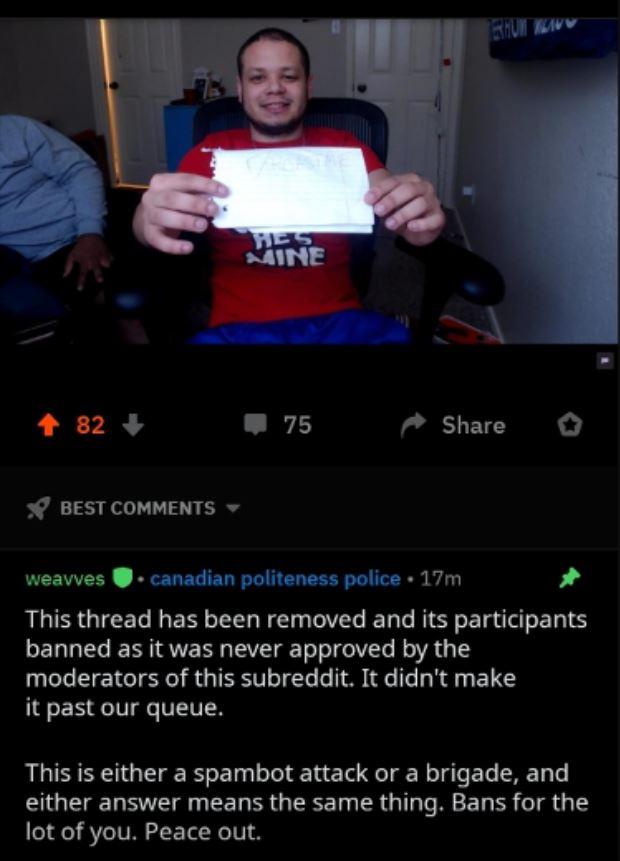 “…either answer means the same thing,” the post read. “Bans for the lot of you. Peace out.”

Of course, Erobb wasn’t pleased with this development, speaking out against the bans in humorous tirade during a July 7 Twitch stream.

“What a loser,” he said of the matter. “This guy probably feels so goddamn powerful. He’s a moderator on a subreddit. He doesn’t get paid to do this. He’s doing this for free. …he probably felt so goddamn alpha when he typed ‘Peace out.’ Look at me, I’m the mod of a subreddit. Fucking loser.”

Despite the seemingly harsh punishment of bans for all participants in the thread, some commenters argued that the moderator might have been unaware of Erobb’s Twitch presence, which would have accounted for the multitude of comments on the photo. 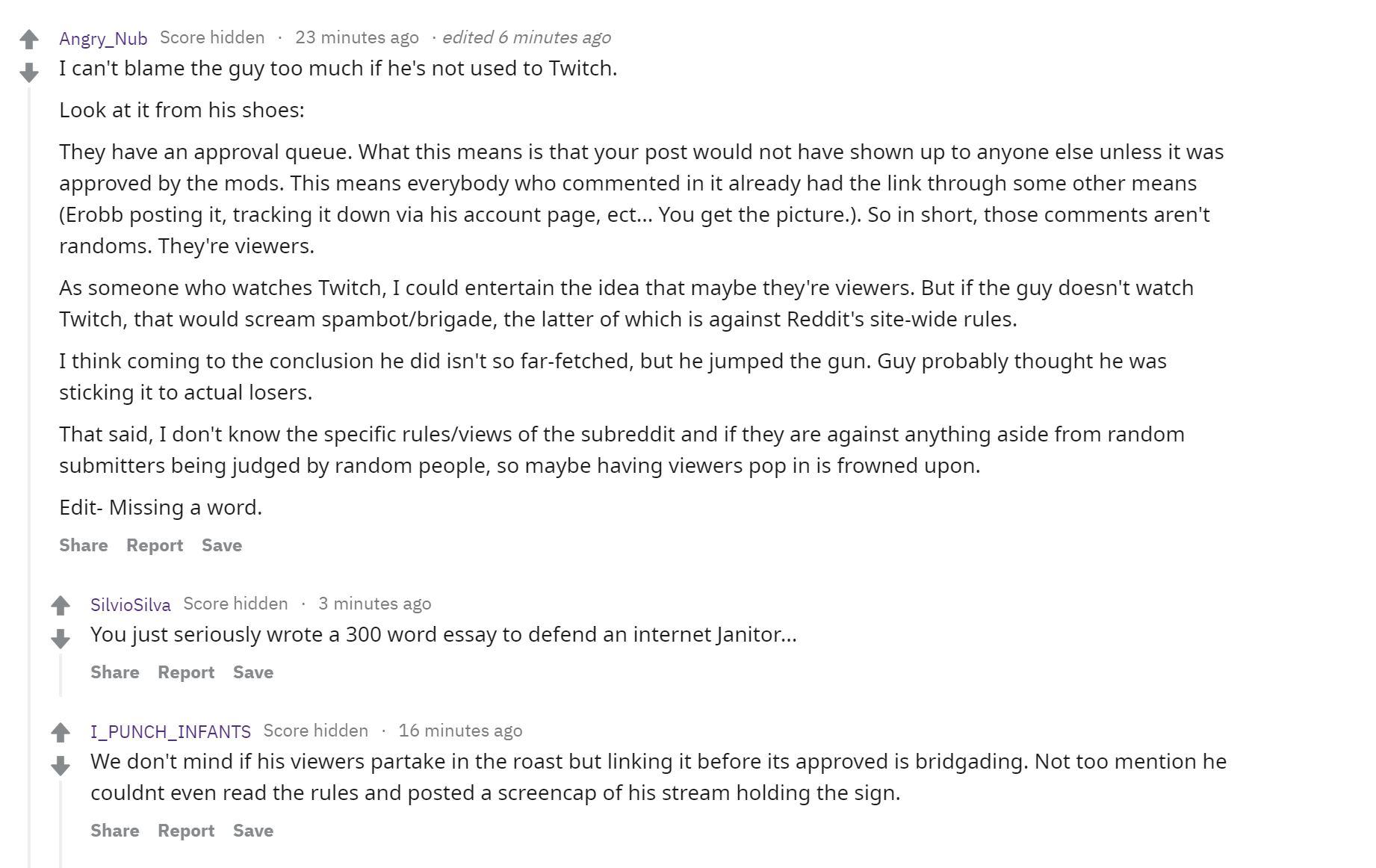 Reddit commenters were quick to point out that Erobb’s brigading may have been banworthy.
https://www.reddit.com/r/LivestreamFail/comments/cacb6z/erobb_speaks_out_against_a_reddit_mod_after_they/

“I can’t blame the guy too much if he’s not used to Twitch,” one commenter wrote of the scandal. “…As someone who watches Twitch, I could entertain the idea that maybe they’re viewers. But if the guy doesn’t watch Twitch, that would scream spambot/brigade, the latter of which is against Reddit’s site-wide rules.”

However, others noted that linking a post before approval is, indeed, brigading, and therefore deserving of a ban.

Erobb is a popular face on Twitch, boasting over 143,000 followers on the platform as of July 7 – an audience that ultimately saw him banned from r/roastme, for good.