Twitch streamer SkeeterMagavin has claimed that her doctors tried to “trick” her by signing her up to a number of “research things” that she had not sanctioned, as she receives treatment for cancer.

SkeeterMagavin is a Twitch streamer with just shy of 6,000 followers on the platform. Together with her boyfriend Alec Ludford – also a Twitch streamer – the pair regularly collaborate for IRL and Just Chatting content.

However, Skeeter is currently in hospital for a bone marrow transplant to treat Chronic Myelogenous Leukemia. Her boyfriend has continued to stream alongside her, providing updates on her condition to their audience. 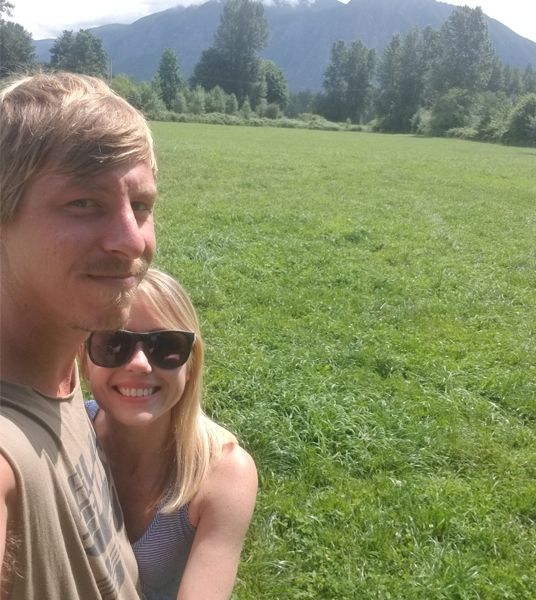 The couple posted this photo together.
600[ad name=”article2″]

While talking to Ludford’s stream on October 8, Skeeter revealed that she believes she has been signed up to a number of research projects by her doctors, without her consent.

In a clip that has over 85,000 views at the time of writing, Skeeter explains that she came across her medical files when they had been left on her bed. The content of the files was allegedly suggestive of her being signed up to take part in research she had previously denied.

“I was actually refusing to sign these research papers,” she said. “And they tried to trick me and get me to sign some.”

“When they had brought me down for one of my procedures, they left my file on my bed,” she continued. “I was looking at it and I noticed that they had checked me off for all these research things that I thought I denied. And there’s been some other sketchy shit that has happened.”

Viewers were shocked by what the streamer was saying, with many wishing her the best and lamenting the alleged poor behavior of her doctors.

The pair of streamers have since expressed their gratitude for the support they have received from the community.

Thank you all for hanging out with @Alecludford and I today, it truly brightened our day. All the support has just been overwhelming and we cannot thank you enough. It helps keep us positive and pushing forward. @d_kaneofficial thanks for the host, we both love and miss you!

Updates are regularly posted on both streamer’s Twitter accounts, as well as on Ludford’s live stream.