Small-time streamer ‘jessamesa’ was shocked by a viewer’s incredibly generous donation to help her get back on her feet, reducing the Twitch user to tears.

Starting out as a streamer on platforms like Twitch can be tough. You have to put yourself out there and rely on the donations of generous viewers to get by on a daily basis.

While most viewers express their gratitude with a small subscription or donation here or there, sometimes one person can completely change a streamer’s life. When jessamesa found herself strapped for cash, one person donated a completely life-changing amount of money to help get her back on her feet. 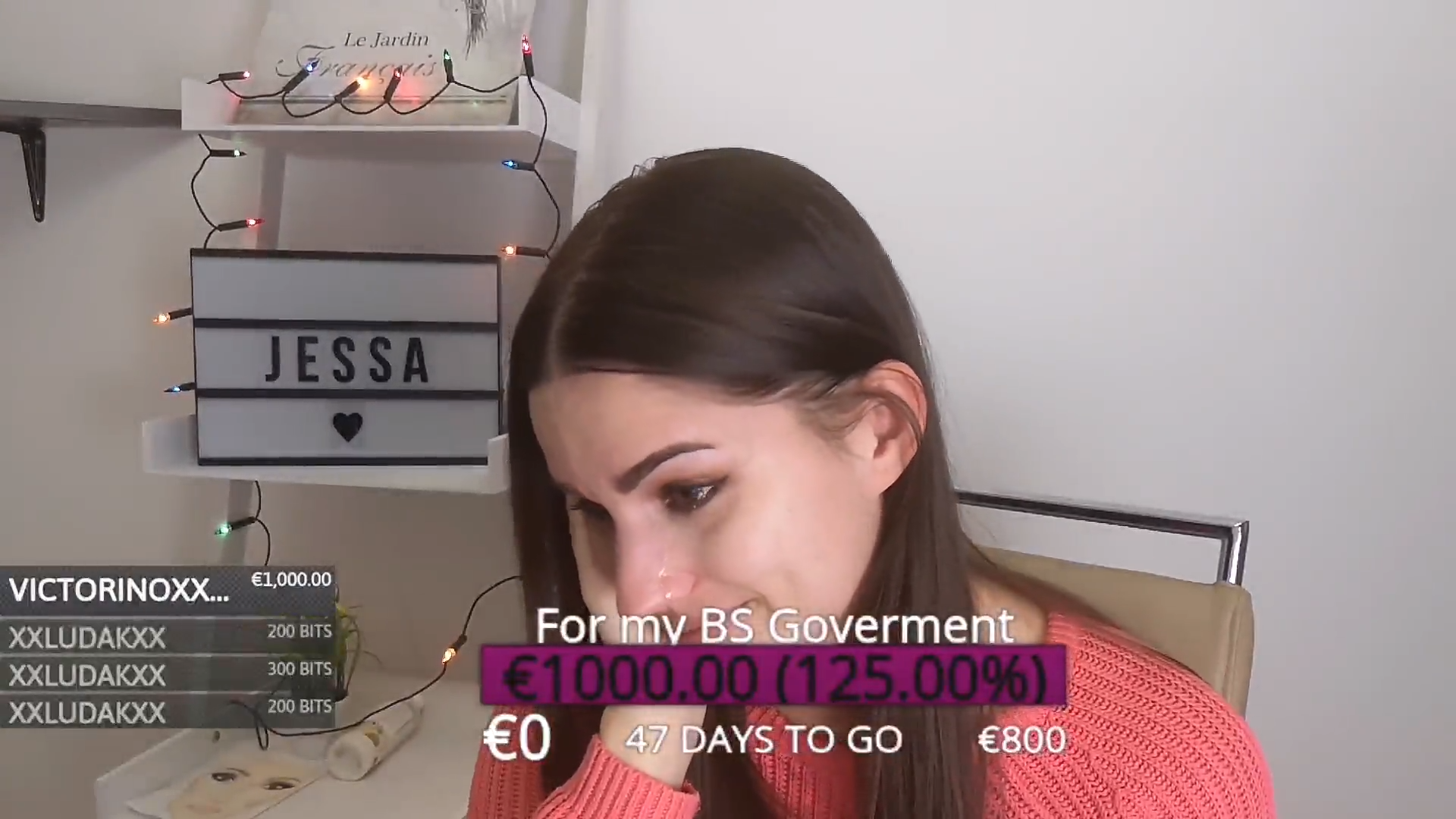 Jessamesa couldn’t hold back the tears after the massive donation.

Jessamesa was running a donation stream on December 15 to pay for a fine, equalling around €800. After being live for 30 minutes, ‘victorinoxxch’ dropped by the broadcast to give her €1000 to “pay the damn thing and use 200 to party your freedom.”

As the notification popped up on stream, jessamesa had to do a double take to believe what she was seeing. She went through a range of emotions, before bursting into tears over the generous contribution.

After hitting her target like that, Jessamesa went on to entertain her viewers, without the stresses of knowing where the next paycheck was coming from looming over her head.

“When life slaps you in the face with a €800 fine, slap it back with a €1000 donation,” she said on Twitter. “[Over the] past few days, this bad situation showed me that I’m not alone and I have a lot of good people that have my back IRL and on Twitch, and I’m forever grateful.”

Donations to these small streamers mean a lot to the person behind the camera, especially if they take Twitch up as their full-time job. Getting a crazy donation from nowhere is what these creators dream about, but very few ever get something so extraordinary out-of-the-blue.

‘Yugwha0901’ started tearing up after receiving a $100 donation, which led to a spiral of other donations from viewers looking to make the streamer’s day — all while she performed her choreographed dances.

When life slaps you in the face with 800€ fine, slap it back with 1000€ dono ? Past few days this bad situation showed me that I'm not alone and I have a lot of good people that have my back IRL and on Twitch and I'm forever grateful ?❤?

Another streamer, Alec Ludford, also recently received a life-changing donation from Imane ‘Pokimane’ Anys, with the OfflineTV member helping pay for his fiance’s cancer treatment. He broke down by his partner’s bedside in hospital when the notification rang through, thanking her for the thoughtful contribution.

As for jessamesa, she will be able to pay off her debts and get by for quite some time off the back of the €1,000 donation, and hopefully get back to doing what she loves — streaming for her viewers.