Twitch streamer danglingsak may have been left ruing his decision to agree to slam his desk for follows, donations, and bits after one round of slams led to a bit of destruction around his streaming setup.

When it comes to growing a channel on Twitch, rising streamers have a few options in order to help gain a following and transition the hours they put into their hobby in order to make it a full-time job.

More or often than not, one of the biggest answers they find is that they end up doing wacky and hilarious things for viewers – be it trolling someone in the game their playing, pouring some sort of liquid over their head, or having a text-to-speech robot call something out. 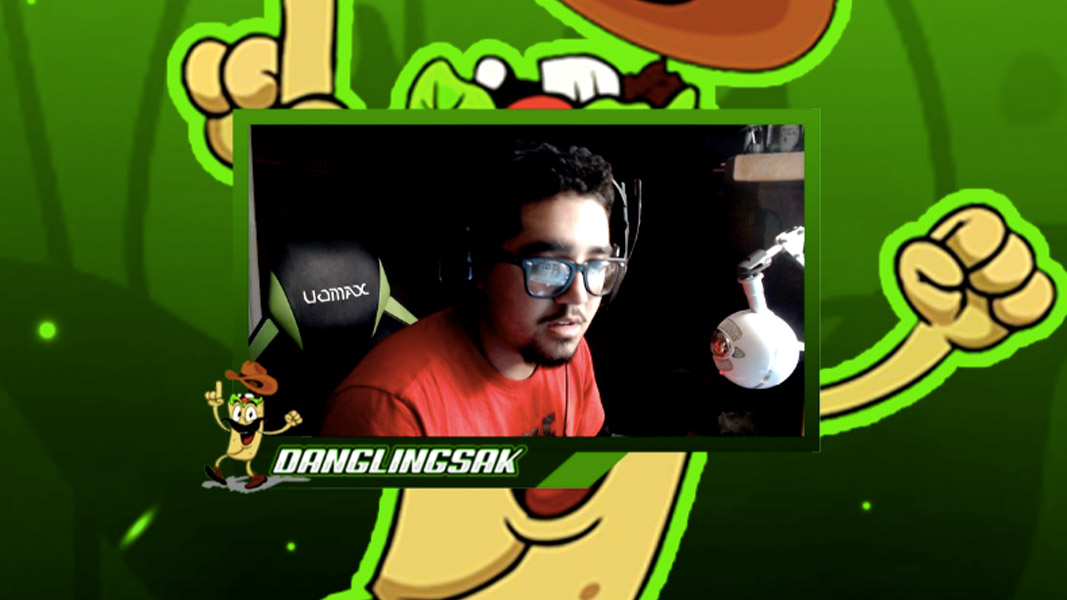 For danglingsak, though, he was offering up desk slams for each follow, donation, and bits he received during his March 2 broadcast.

The streamer had been doubling two slams for every 100 bits that were given to his channel and after a raid, one new viewer asked how much it would cost for 10 slams. After informing them that it’d be 500 bits, danglingsak quickly received the bits and set about slamming his desk.

However, a few slams into the beating, the streamer was left startled after a huge crash and follow up bang could be heard. “Oh f**k, god damn it, oh f**k, oh my God,” he called out, standing up from his chair and surveying the damage.

While his chat quickly laughed and asked what had been smashed, the streamer still couldn’t believe what had happened and ha to wait to resume his session of playing Rainbow Six: Siege.

Though, he quickly revealed what had been smashed. It wasn’t his desk or his PC tower, but instead, he’d knocked down a lamp from behind his setup – meaning that glass had gone everywhere and he needed to clean it.

Yet, he hilariously slammed his desk again after getting a donation though he realized what he had change this time around. “Let me hold the lamp first,” the streamer said before bashing down with his fist.

At the end of the day, danglingsak wasn’t too concerned about the damage that he’d done, though it caught him off guard when it happened.

Maybe, though, it’ll serve as a warning to take make sure that everything that could be damaged with a few slams of a desk isn’t in any trouble of being broken, if he decides to try it again.