Popular Twitch streamer Imane ‘Pokimane’ Anys found herself getting trolled by a donator, joking that they were really her roommate and fellow streamer Fedmyster.

Many of the most popular streamers on Twitch often have to deal with viewers attempting to troll them or provoke a reaction.

Pokimane, who has amassed a huge following of over 3.4 million from her variety streams, is often subject to trolls trying to play tricks or embarrass her while streaming, typically to thousands of viewers. 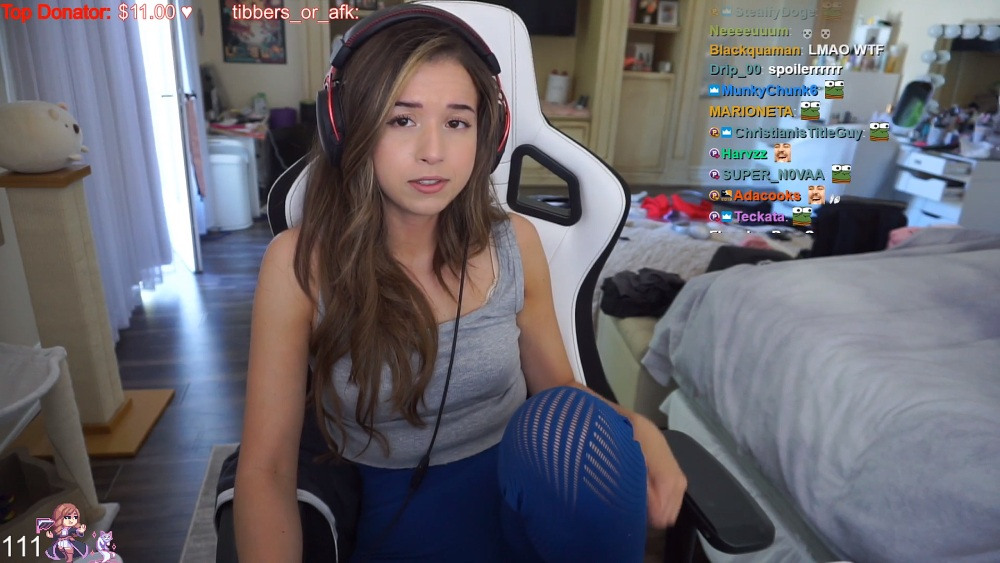 Pokimane has to deal with trolls on Twitch often.
[ad name=”article2″]

Streaming in the ‘Just Chatting’ category on October 12, Pokimane was sharing her dating advice with some of her viewers who wanted relationship tips from the streamer.

However, one fan used this opportunity to “meme” Pokimane, by asking for relationship advice while about being in love with their roomate – using the name ‘NotFedmyster’ – impersonating her OfflineTV roommate, Fedmyster.

“5 bucks from NotFedmyster,” she said, before reading out the viewer’s donation, “I have feelings for my roommate but I don’t know how to approach her, she’s amazing, caring and has been there for me. She’s very close to me and I don’t want it to be awkward if she doesn’t understand me.”

Unconvinced, Anys asked for the viewer to donate again if it was a serious issue, suspecting that it was likely to be a viewer trolling her and her roommate.

“Okay, I need you to donate this again if this legitimately a problem that you have and if you’re not just memeing Fed ok?” She said, bursting into laughter, “He’s a nice boy he doesn’t deserve to be memed like this.”

This was not the first time Pokimane’s viewers have attempted to troll her, as the popular streamer has continually been the victim of some of the most classic pranks.

However, she does get her own back on her chat from time to time, hilariously trolling her own fans with fake-crying rants while she’s streaming.