In a livestream on November 10, League of Legends streamer Bustin was advised by his chat that his dog may need to go to the bathroom – but he received the message just moments too late.

The history of pets on Twitch is an interesting one – many streamers who have pets will allow them to be part of the stream, allowing viewers to feel even more attached to the life and success of their favorite content creators.

Though there has been controversy in the past, most streamers’ pets are a positive addition to the stream – though, as in cases like this, they’re not always on their best behavior. 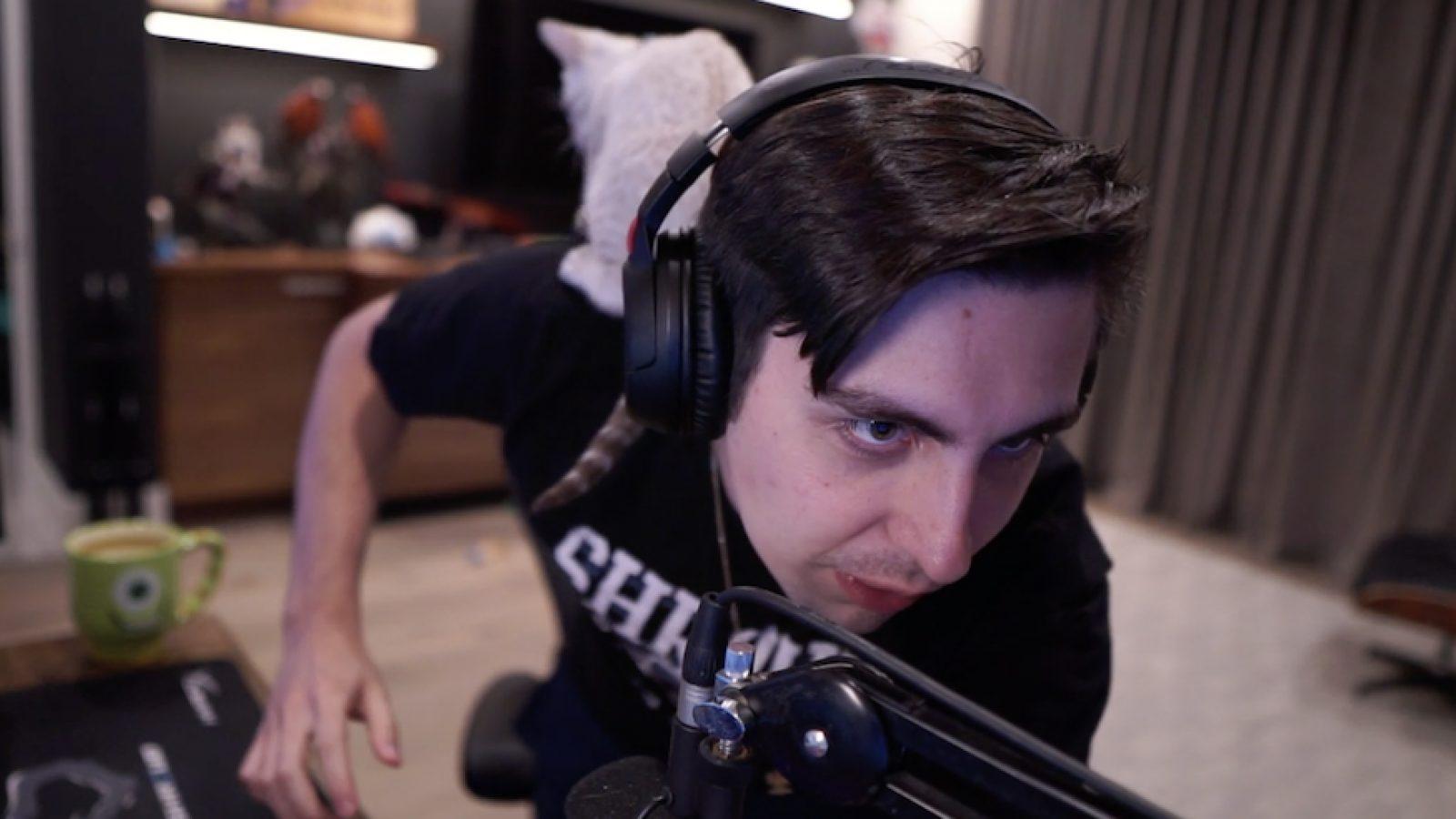 Pets are an andearing part of a streamer’s channel, as seen here with shroud and his cat Benji.
[ad name=”article2″]

While reading through his donations and chat, Tyler ‘Bustin’ started to read one message, saying “‘Bella might need to go to the bathroom…’ I just –” before he was cut off mid-sentence, the scene his camera was capturing silencing him completely.

Of course, not three feet behind him, his dog Bella was releasing the contents of her bowels on his carpet, right in the view of his facecam.

At this point, all Bustin could do was simply put his head in his hand and start laughing, the situation and the timing of the message clearly funny even to him, despite being in a sticky situation.

“I just took her out,” he finally exclaimed when he had managed to gather his words, before getting up and cleaning the mess Bella had made.

If anything, this clip just goes to show that streamers need their chat just as much as the viewers need to be entertained. Without the warning from his fans, Bustin may have really put his foot in it and been in for a nasty surprise when he got up.

Though the situation was doubtlessly funny, Bustin will probably be looking to be more cautious with Bella in the future, especially while the camera is rolling.