On August 26, Twitch streamer “shugikage” was banned from the site after receiving bits from a fan who had allegedly used stolen a credit card – but she wasn’t the only streamer to have suffered such a loss, with several other faces on the platform also facing bans for similar instances.

In fact, eight streamers on the platform have received suspensions related to “fraudulent charges,” as told by a series of emails provided by Twitch following the bans.

One of these streamers, going by the handle “TucaWillow,” received a suspension from Twitch in March 2018, after a viewer circumvented the site’s policy on watching ads for bits by donating from multiple accounts.

Twitch allows fans to support their favorite streamers in many ways – one of which is by gifting bits. However, some users “bit farm” or donate from multiple accounts – which is getting streamers into trouble.

However, thanks to a subsequent article from Polygon covering the debacle, the issue was quickly resolved – a resolution that Tuca claims was only brought about thanks to the spotlight shone on the matter by media outlets.

“At this point, it feels like Twitch is only responsive when/if they are publicly called out, which is frustrating and the reason we’ve been trying to reach out to someone,” Tuca said of her ban. 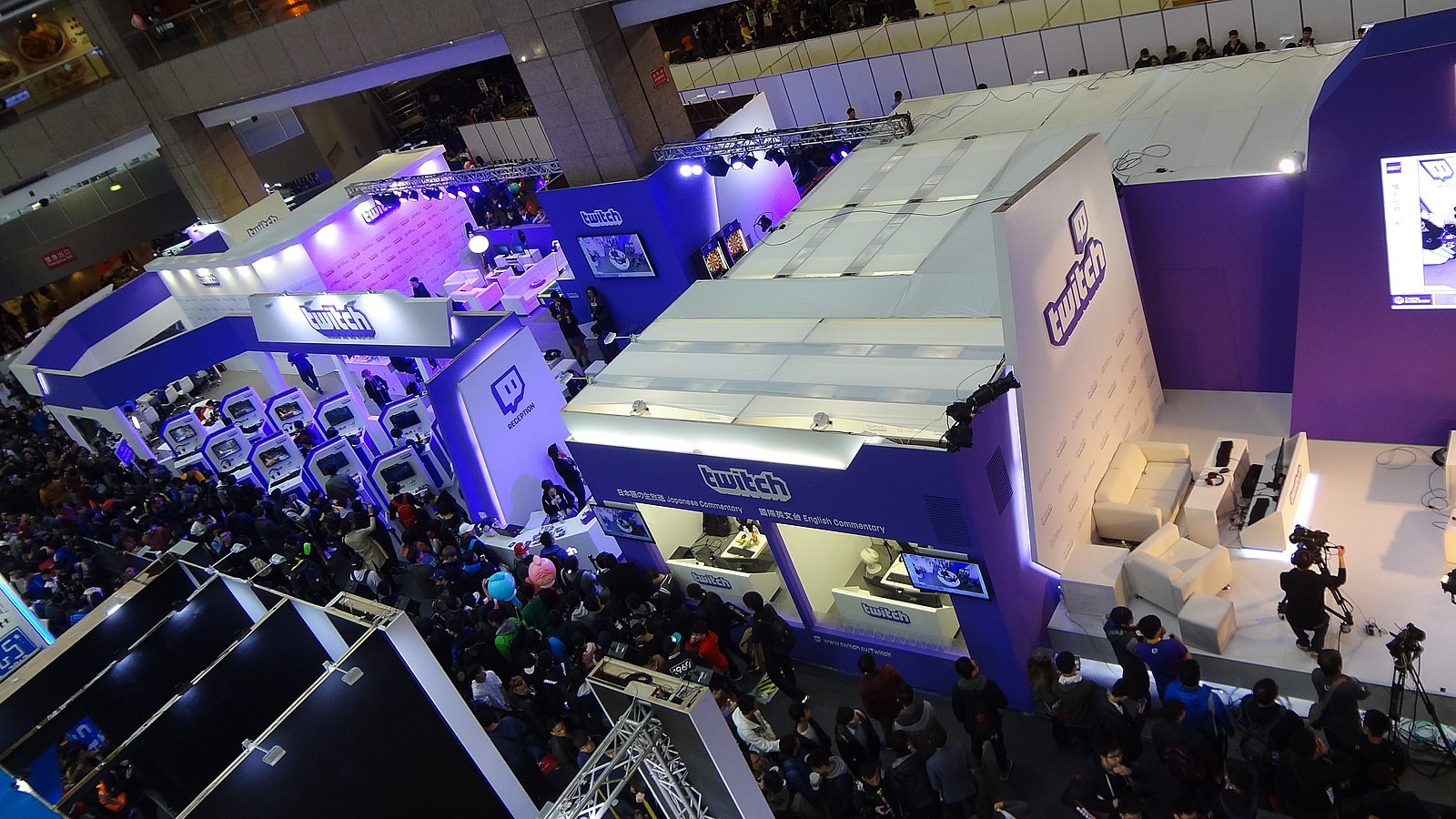 Twitch streamers are growing frustrated, after being met with unexplained bans due to “fraudulent charges.”

Yet, one year later, other streamers are still experiencing the same issue – all related to “fraudulent charges.”

Twitch Affiliate “ChadTheCreatorRBX” is one such streamer, who was indefinitely suspended from the site after receiving an “unusually high donation” from a viewer who was about to travel abroad for military service – a ban that effectively nixed a significant portion of his income.

“I have appealed three times,” Chad explained. “However, Twitch’s responses come after two or three weeks of waiting. The responses appear to be automated, and replying to those has yielded nothing. I enjoyed streaming immensely and it helped pay for my food. I hope I can stream on Twitch again someday.”

ChadtheCreatorRBX received this email after submitting his third appeal to Twitch – and it doesn’t look like he’s getting his account back any time soon.

Chad isn’t alone: Twitch streamer “missp00pypants” is also one of the ten aforementioned broadcasters hit by similar “fraudulent charges,” after a friend gifted her 100 subscriptions just after she became an Affiliate for the platform.

“I’m just feeling pretty hopeless about the situation,” she admitted. “Even though I didn’t have a large community from streaming, I’m fairly well known in some larger streamer’s channels, whether it be a mod or just from gifting subscriptions. That’s why I’m a bit desperate for my account back, to maintain what I’ve already established.” 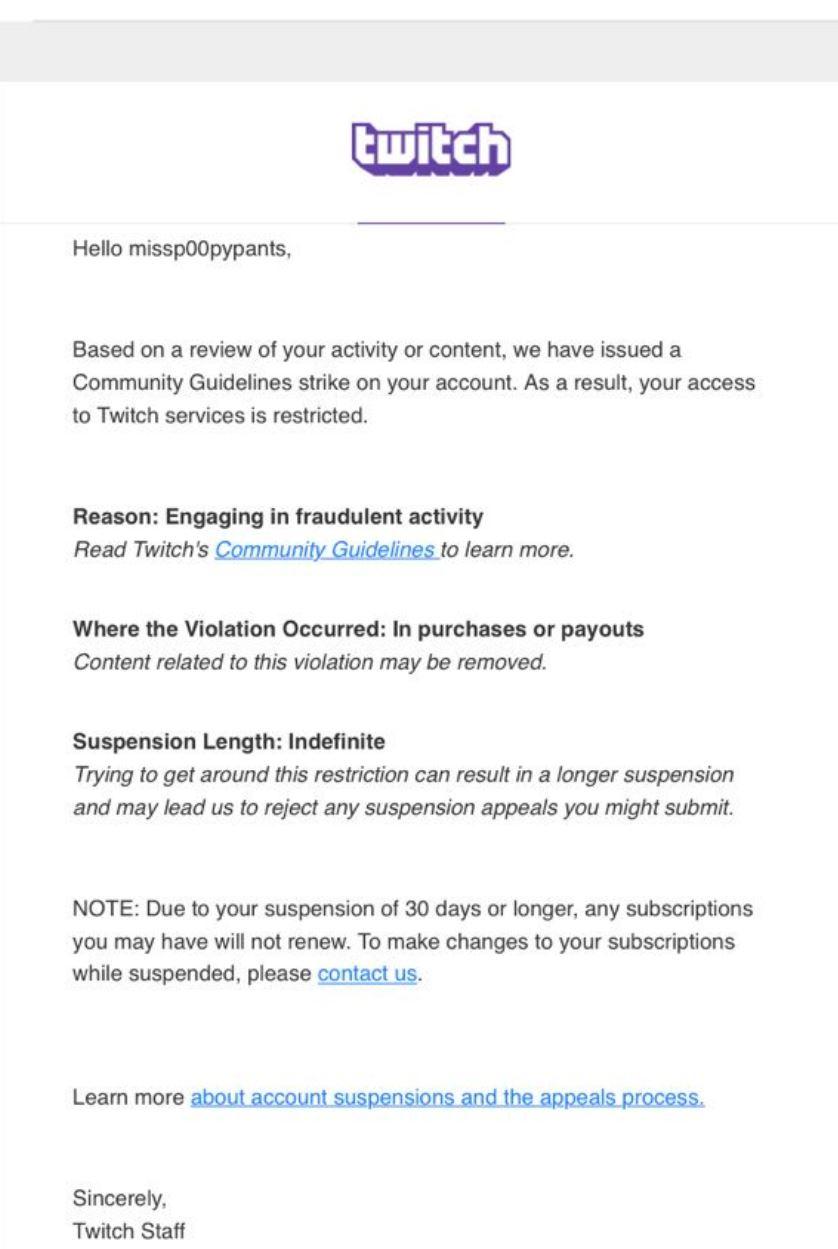 Misp00pypants is one of eight streamers involved in a circle of “fraudulent charges” bans, as evidenced by this email she received from Twitch.
500

All in all, the streamers simply want an explanation for their suspensions instead of vague, automated replies – a system that is quickly making the broadcasters lose hope about their future prospects on the site.

“I just don’t think any company of this size can allow an automated system to make these calls without some type of human double-check,” TucaWillow said. “All the emails sent to Twitch are responded to with automated replies. …You are talking about permanently banning people, and they can’t even get one human being to look at their appeal? It’s frustrating.” 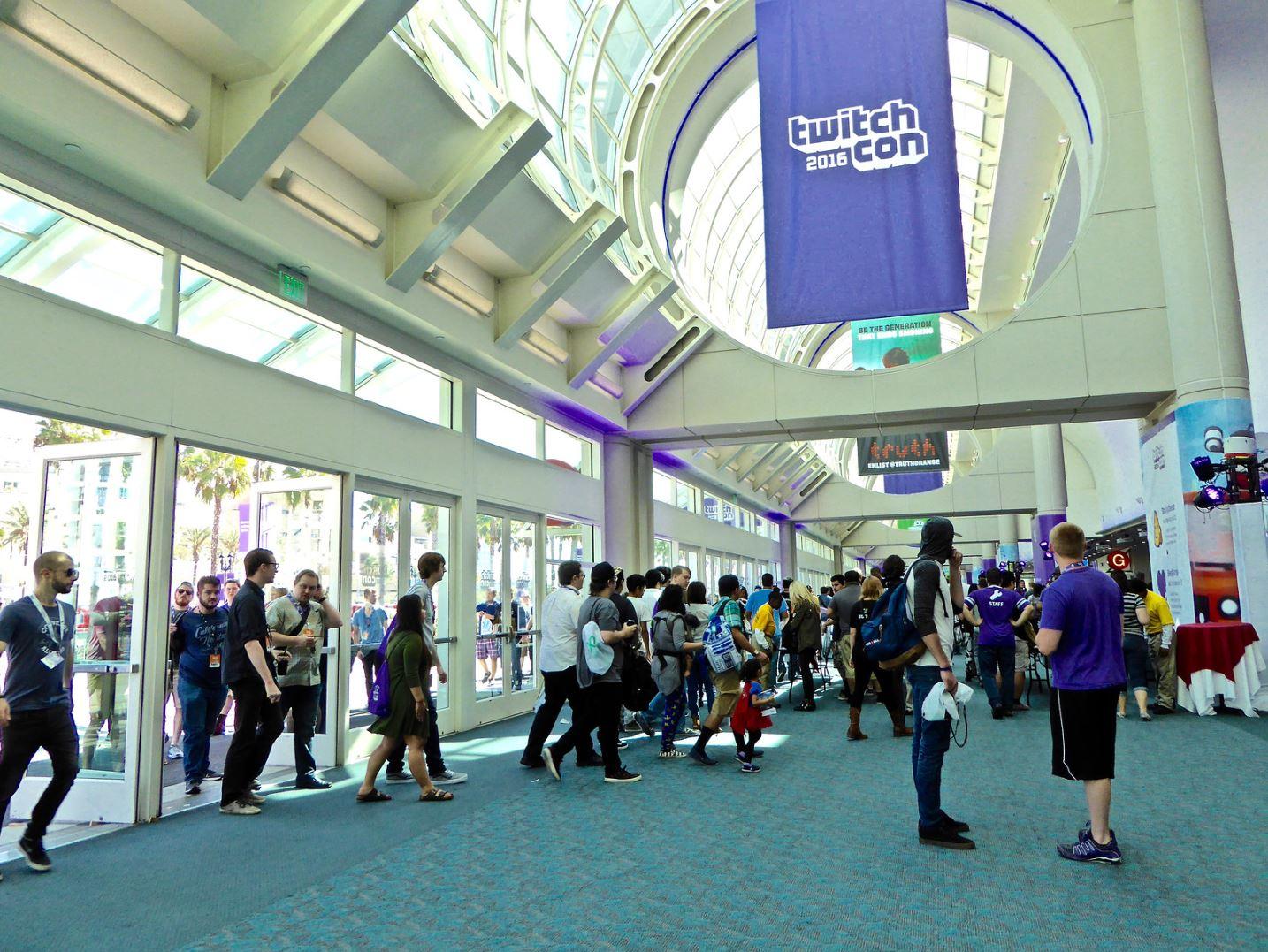 Despite their best efforts to reclaim their accounts, Twitch isn’t budging – and the streamers affected by the “fraudulent charges” bans are losing hope.

While both Tuca and ShugiiKage’s accounts have been restored, other streamers are still waiting for both an explanation and a chance at streaming on the platform: but with Twitch remaining tight-lipped on the subject, it looks like all these broadcasters can do is bide their time, while they continue to be punished for the actions of their viewers.

A full list of Twitch streamers involved in the “fraudulent charges” circle of bans that reached out to Dexerto is as follows: