US President is apparently streaming his Minnesota rally on Twitch

The current President of the United States is taking his 2020 campaign directly to Twitch streamers, beginning with a rally in Minneapolis, Minnesota on October 10.

Twitch just got a lot more bigly. The President is now live streaming his rallies on his Twitch channel. This new endeavor by the President is beginning with a rally in Minneapolis, Minnesota.

The Twitch chat for this channel is in Followers-Only Chat mode, and features numerous emote spams, calls for impeachment, and even a verified Washington Post account calling on the President to play Doki Doki Literature Club.

An automated message from the President account pierces through chat:

“Thanks for joining us everyone! Watch the President live from Minnesota around 8PM ET tonight!”

This was followed up with numerous responses including various users requesting to be channel mods, and one user saying “No, I don’t think I will” a la Captain America at the end of Avengers: Endgame, before the chat jumped into a short discussion about college debt. 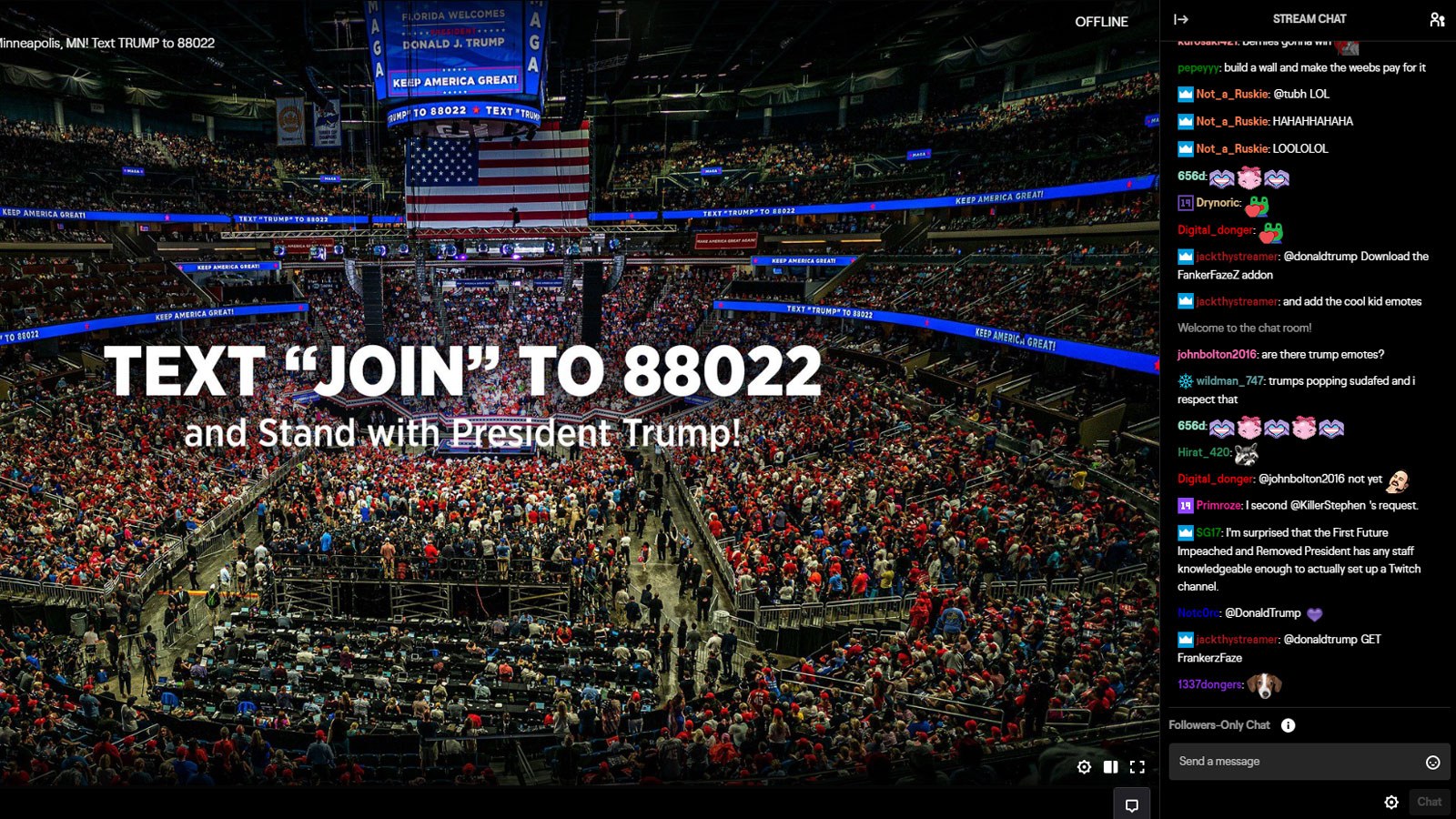 The President is not the first politician to utilize Twitch to try and reach a new portion of their audience. Vermont senator and 2020 Democratic candidate Bernie Sanders has used Twitch to stream rallies over the past few months, with some as recent as just over a week ago. Senator Sanders recently suffered a heart attack while on the campaign trail, which may delay his next streamed rally.

The chat for the President’s Twitch is, at the time of writing this, currently populated with nearly 30 members of Twitch staff, who are watching the chat with a close eye to isolate and remove any troublemakers.

The President will most likely discuss the ongoing impeachment movement and inquiry going on in US politics right now. He has been under fire for calling upon leaders from both Ukraine and China to look into the business dealings of Joe Biden and his son.

China is already in the news for Twitch fans following the controversy with Blizzard banning a player for speaking out on the Hong Kong protest during a Hearthstone.

There’s so far been no indication that The President will be implementing sub badges or accepting Twitch bits as donations.