Summit1g shuts down Mixer rumors as he commits to Twitch

Jaryd ’summit1g’ Lazar will be staying on Twitch after signing a multiyear deal, putting to bed mounting speculation that he would make the move to Mixer.

The streaming wars between industry natives and emerging competitors like Mixer, Facebook Gaming, Dlive, Caffeine and more have resulted in major contracts for the platforms’ biggest stars.

While there aren’t specifics on summit’s deal, the streamer will continue his career on Twitch, where he’s become one of the site’s most watched personalities while streaming a variety of titles such as Valorant, Sea of Thieves, GTA RP and more.

“Twitch is home, and hopefully always will be home,” summit1G said in a video announcing his deal. “So that being said, I’ll see you guys in the channel, and thanks again for letting me do what I do. I appreciate it very much.”

This news comes after speculation that summit would be moving to Mixer or another site. This was especially prevalent in the mind of some fans, since the streamer provided what were cryptic statements at the time about his streaming career’s future – which now sound like messages of reassurance after his Twitch resigning announcement. 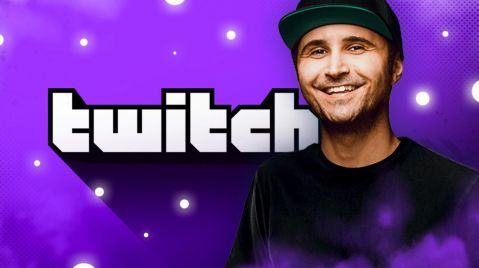 Summit re-signed to Twitch on a multiyear deal.

“I appreciate it, my friend,” Summit said in reply to a fan who asked about him moving to Mixer. “Don’t worry mate, everything will be okay dudes.”

At the time, Twitch and summit’s representatives at Loaded were working out the details of the new contract that could not yet be announced.

Now that the ink has dried, however, there’s plenty of reason for Twitch to let out a sigh of relief that they’ll be holding onto one of their biggest names.

The competition in streaming has prompted Twitch to respond by re-signing streamers, themselves. The San Francisco-based platform locked down Imane ‘Pokimane’ Anys, Ben ‘DrLupo’ Lupo and Timothy ‘TimTheTatman’ Betar in the months preceding summit’s exclusivity deal.

Summit is joined by Brett ‘Dakotaz’ Hoffman and Josh ‘JoshOG’ Beaver, who also signed deals that will keep them on Twitch for years to come.

After major moves by Tyler ‘Ninja’ Blevins and Michael ‘Shroud’ Grzesiek to Mixer, the feeling that no one was untouchable reverberated throughout streaming communities.

While this is still true for a lot of the big names that have yet to sign with Twitch, summit and the rest of the new signees will be going live on the platform for the foreseeable future.