Summit1g comes home to a surprise in GTA RP

Jaryd ‘Grand Theft Auto RP on Twitch, but nobody could have expected to see what was happening in his house when he got home.

GTA RP fans will know that you have to keep your eyes out for weird things across Los Santos and nobody knows that better than summit, after forming one of the NoPixel server’s most wanted characters in Charles Johnson.

However, after letting his guard down for just a split second during a broadcast on August 18, he was given quite the fright. 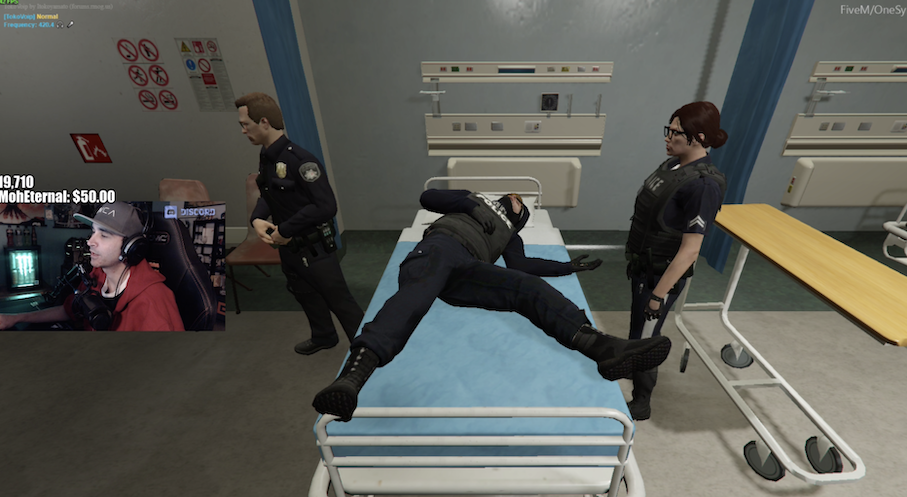 Summit1g had a rough start to life as a police officer in GTA RP, but what was waiting for him at home certainly cheered him up.

The former CS:GO player tried his hand as part of the police force for a while on stream, getting involved in car chases and tracking down other players, but his previous history with criminals soon caught up to him after he got home.

After opening up the door to his house, it was pretty clear that he wasn’t alone as the sound of odd noises were echoing through his home. You guessed it, two players were having a good time in his bed.

“Unbelievable. How did you guys get into my f*cking house?” he said, but they were pretty adamant that this wasn’t a one time thing. “Surprise! We’re moving in. We’re here to unload your balls.”

They claimed to have always had keys to the house, so it’s impossible to think of how many times the intruders had actually came in uninvited.

Just a few moments later, they all left together and picked up summit’s impounded Subaru vehicle, which set him back $1,500.

It just goes to show that players in GTA RP might think they’re safe, but when somebody has keys to your home, you never know what’s waiting right around the corner.