Shroud provides update after scooter accident, may be "out of commission" for some time - Dexerto
Apex Legends

Shroud provides update after scooter accident, may be “out of commission” for some time

Superstar Twitch streamer Michael ‘shroud’ Grzesiek has suffered a setback that may cause him to miss some time from dominating lobbies in Apex Legends.

Shroud has had the first of his surgeries and appears to be tired, but otherwise in good spirits. He’s been left a get well soon package by his friends, although did admit that he is “missing the stream broys already.”

Hours after the above update, shroud tweeted again to let fans know that he’s still going to be in the hospital for “another 24 hours” before having a second surgery at the start of next week.

Little update, still in the hospital for another 24 hours because of the antibiotics I need to be on. Going home after that and scheduling my second surgery start of next week. Sucks I can't get it now, but it is what it is. Might do a short IRL sesh when I'm back we'll see idk.

Just days after he hit an incredible milestone on Twitch, shroud revealed that he had sustained an injury after being involved in an accident while riding his scooter.

“No stream today boys,” he tweeted on March 11. “Blame the scooter.”

For those who were concerned, fellow ex-pro CS:GO player Justin ‘Jus9n’ Ortiz announced that shroud was okay but had to be taken to the emergency room, although shroud did reveal some more bad news a few hours later.

“Bros, getting surgery on my elbow today,” he tweeted. “Might be out of commission for a bit.”

Broys, getting surgery on my elbow today.. might be out of commission for a bit. PepeHands

The tweet does not bode well for shroud’s fans, many of whom probably will fear that the popular streamer will be missing considerable time away from streaming.

However, although he wasn’t specific, shroud put out another tweet that hinted at him possibly not missing much time at all.

“It’s my left arm; don’t worry, the aim is still there,” he said. ” Movement might be a little slow as I recover.” 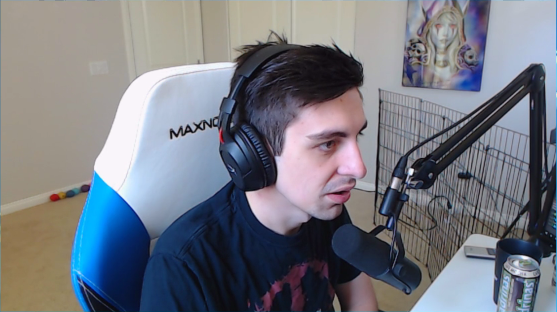 Shroud has been dominating Apex Legends since its release, but his elbow surgery may give others a chance for once.
[ad name=”article4″]

Shroud’s housemate and fellow streamer, Justin ‘Just9n’ Ortiz, has since provided more details about the accident, and explains that it was potentially life-threatening.

Once the initial shock of the announcement of his injury and subsequent surgery wore off, fans quickly began poking fun at the former CS:GO star for getting injured while riding a scooter.

Fellow popular streamer Jack ‘CouRage’ Dunlop was quick with a comedic response, as usual: “I donate you my elbow. Hope it all goes well pal.”

How much time shroud will end up missing from streaming, only time will tell.

However, once he returns, there is no doubt that he’ll likely go back to dominating helpless players Apex Legends, as not even recovering from surgery may be enough to stop the human aimbot that is shroud.