The former Counter-Strike: Global Offensive pro player has been a big name among the Twitch community, but the release of Respawn’s Apex Legends battle royale title has seen his popularity skyrocket.

Shroud recently broke a major milestone on Twitch, reaching 100,000 subscribers on the platform, but missed out on the top spot for most followed channel, losing to a strange gambling account. 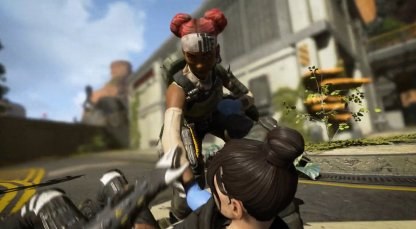 Shroud has become a major star on Twitch since the release of Apex Legends.
[ad name=”article2″]

While streaming, Grzesiek’s housemate Justin ‘Just9n’ Ortiz was also in the room, as Ortiz attempted to hand a plush toy on his monitor while shroud tried to order food on his phone.

Grzesiek has already searched for a game, and with the streamer preoccupied as the match started, he quickly backed out of the lobby – but not before he heard the voice of one of his teammates shout: “Oh holy fuck it is shroud” just as the streamer pressed quit.

The Canadian immediately facepalmed, realizing what had happened. “Oh my God, I feel bad,” shroud told Just9n. “He said holy fuck it is shroud, oh my God. I’m sorry!”

Despite suffering an elbow injury following a Scooter accident, shroud has continued to stream, even though his entire left arm is currently in a cast.

While shroud was immediately apologetic to the fan he just abandoned, Ortiz was less sympathetic, shouting:”No he’s not,” as the streamer said sorry to the fan.