KSI has released a video of the UK Press Conference for his boxing match against Logan Paul, an event that ended prematurely when Paul walked off of the stage.

The two YouTube phenoms are due to step into the ring on August 25th at the Manchester Arena and sparks already flew during their US press conference at the Los Angeles Memorial Coliseum.

The UK presser, which took place on July 18 at London’s York Hall, was equally as compelling, though no questions were actually answered as Logan Paul walked off stage following a barrage of insults from KSI.

Now KSI has uploaded a highlight video which shows all of the needling along with the moment when Paul decided to leave.

KSI can be seen targeting Logan Paul for everything from the loss of his part in the recent Baywatch movie to the recent announcement of his girlfriend, Chloe Bennet. 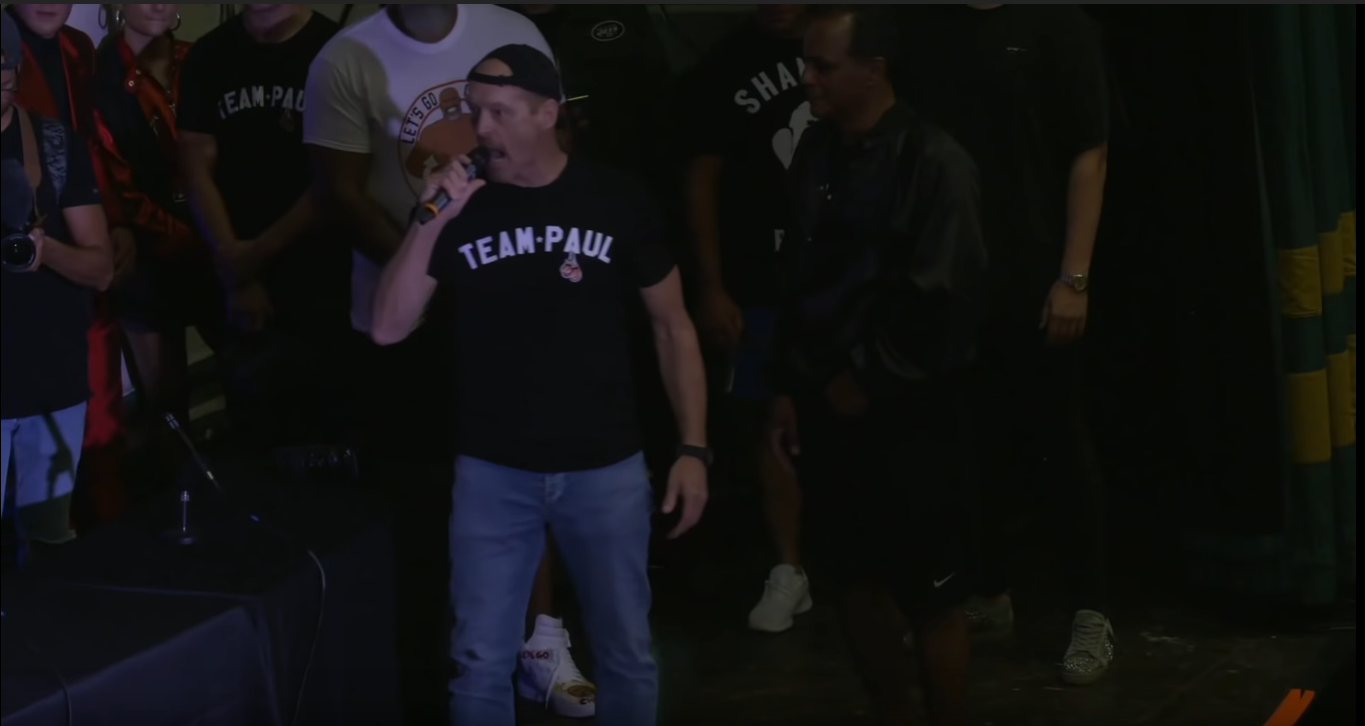 Even Logan Paul’s father felt the heat of KSI’s words.

Brian ‘True Geordie’ Davis, a fellow YouTuber, was hosting the press conference but could not keep KSI or the crowd from slamming Logan Paul over and over again.

Eventually, the American vlogger turns to Davis and says:

“I would love to sit here and answer your questions, I feel like KSI addressed everything, London I’m out. See you August 25th”

With that, Paul leaves the stage as KSI jumps around in hysterics and leads a “fuck the Pauls” chant with the crowd before making a final statement.

“August 25th, mark my words, that motherfucker is going down”

A full video of the press conference, including the Deji vs. Jake Paul shouting match and all of the undercard fights, can be found below.