Riot unleashed their Teamfight Tactics Autobattler mode in mid-June, giving a breath of fresh air to their classic battle arena title League of Legends – but it seems that a unique bug might be overturning the competition.

This particular glitch occurs during Teamfight Tactics’ initial shared draft round, allowing players to bug into the golden circle and pick their Champion from the middle carousel ahead of everyone else, ultimately giving them better priority for a top pick.

The bug can be achieved by clicking inside of the circle right as the match begins, giving users a leg up on the opposition: a “tactic” that Pokimane employed during a stream on July 9.

“I did it!” she exclaimed after pulling off the glitch. “It’s so I get pick earlier before everyone else. I’m so good at this game, dude! I’ve done this bug so many times.”

While Pokimane was amused at being able to exploit the glitch, commenters across the net were divided on the morality of the situation, with some arguing that she is effectively cheating by abusing the bug.

“This is why we can’t have nice things,” another said. “At every turn, you try to take advantage over the others. Pathetic.”

However, some viewers argue that the bug is free game until developers fix the issue, with some even claiming that abuse will give developers more data on the glitch to better resolve the matter.

“…You can sit there and say ‘don’t use bugs, it’s cheating’ all day, but at the end of the day in a competitive environment, players will use all of their resources to secure the win, including exploits,” one user wrote. 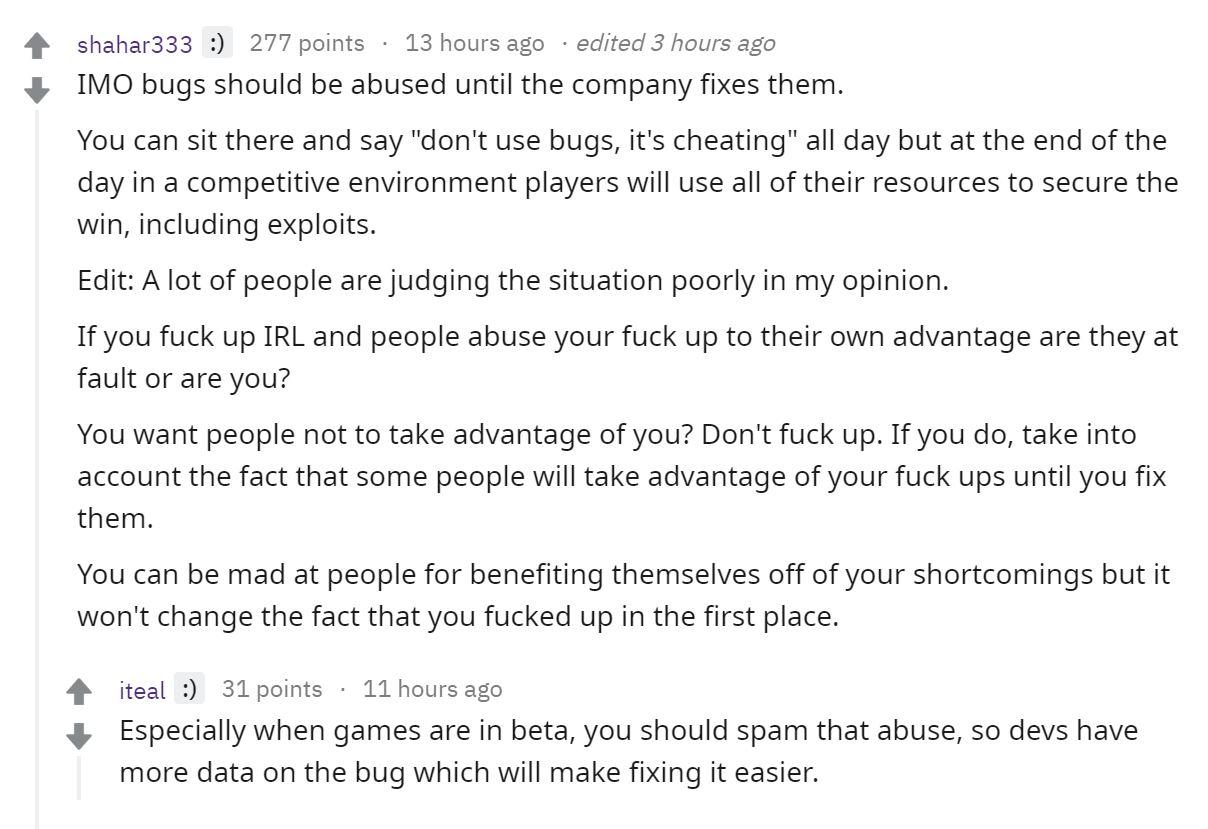 Some viewers noted the unfairness with which Pokimane is treated regarding her gameplay, pointing out that if Forsen had used such a glitch, he would be praised for it.

Pokimane has yet to address her use of the bug via her social media accounts as of the publication of this article.