When Overwatch League caster Brennon ‘Bren’ Hook posted a seemingly innocent Tweet suggesting that his followers subscribe to PewDiePie, he likely didn’t expect the backlash he received from some users.

Swedish YouTuber Felix ‘PewDiePie’ Kjellberg is currently the most subscribed creator on the platform, but is locked in a battle with Indian production company T-Series, chasing him for the top spot.

Ongoing for months now, PewDiePie has maintained a slender lead, thanks largely to the help of other YouTubers, influencers and the internet at large.

Bren decided to get in on the meme on January 25, simply posting ‘subscribe to PewDiePie please’ – but some of his followers were less than pleased with his endorsement.

Some even went as far as to suggest that Bren was “down with people who use racial slurs”. 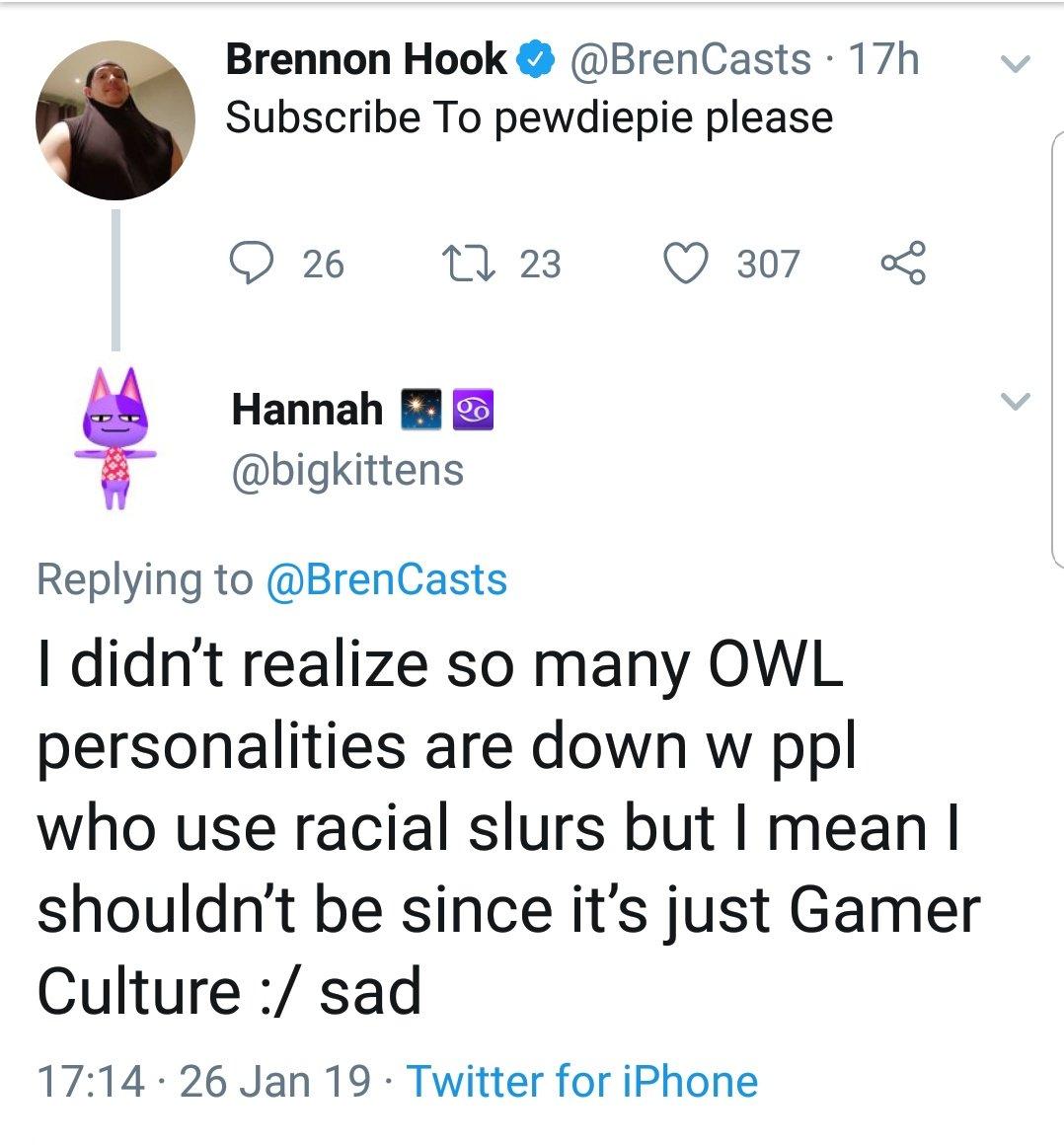 I’ve been subscribed to pewdiepie since 2011. After his racism and acting like a dick, I unsubscribed. I’m so over hearing about this asshole.

Another user suggested that Blizzard, who operate the Overwatch League, would request that Bren delete the post.

The backlash stems from a previous controversy in late 2017, when PewDiePie called an opponent in a game “a fucking n****r”, later apologizing by explaining it was in the “heat of the moment” and the worst word he could think of “slipped out.”

This is one of numerous issues which have caused PewDiePie to be such a polarizing figure, but Bren didn’t expect that his lighthearted post would be taken so seriously.

Esports journalist Richard Lewis was also bemused at the stance some fans took, although didn’t sound surprised that some had taken it so seriously as to think it represented Bren’s “personal politics”.

Imagine looking at this innocuous tweet and thinking it was some sort of commentary about your personal politics. This is the state of the internet.

PewDiePie is indeed a ‘love him or hate him’ personality, but given the ongoing craze about keeping his sub count higher than T-Series, Bren’s Tweet was clearly posted in jest.

You can keep up with the battle for number one on YouTube between PewDiePie and T-Series here, with live subscriber counts.