Twitch star Tyler ‘Fortnite, but it doesn’t look like he was prepared for the epic rant after fellow streamer Jack ‘CouRage’ Dunlop was thirsted during a Fortnite match.

As most players know, “thirsting” in a battle royale means finishing off a downed opponent in the middle of an engagement to prevent them from being revived.

CouRage was fighting off two opponents at long-range simultaneously (and winning) when a third player surprised him with a shotgun. 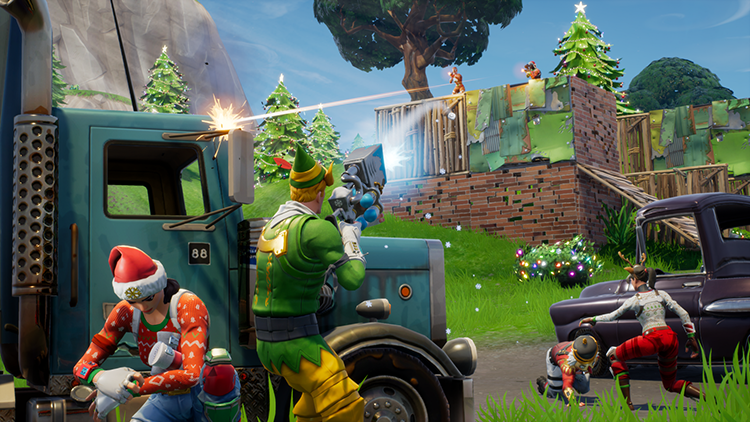 Thirsting in the middle of a battle can sometimes draw the ire from some players.

After being downed by the incoming foe, Ninja and co were in hot pursuit to save their friend but didn’t make it in time, leading to CouRage’s hilarious breakdown.

“I’m actually gonna throw something. The Elite Agent skin came out with no face on it and you literally called out sick to your 3rd grade soccer practice to use it. You got so excited to use the skin, homie. Why are you Solo-squading, your kill record is six. You spend your whole day in 1080×1080 stretched res playgrounds 1v1 build-battling your little brother on your mom’s Kindle so you can feel good about yourself.”

(Timestamp at 0:15 for mobile viewers)

Though CouRage was only living up to his name in good fun, his final words in the match left Ninja stunned while wondering what the reaction would be if he would have vented in a similar manner.

“I was gonna say, ‘imagine if Ninja said that,’’ Ninja joked. “That would be talked about for like ever.”

Though thirsting can have some strategic logic to it, it didn’t seem like CouRage was prepared to commend his opponent for getting the best of him.