The Doc may do most of his gaming on PC, but that doesn’t mean he doesn’t have a use for a controller, and now he’ll never have to worry about that again thanks to his new Scuf Gaming design.

He has had ties to Scuf Gaming in the past thanks to his heavy involvement in the Call of Duty scene and has mentioned his collection of controllers more than once. It looks like that collection has just gotten bigger.

I now have 4 backup Scuf controllers.

Dr Disrespect has three different designs to choose from, with the first being $159.95 for The Infinity4PS PRO model, second, being the Impact for $169.95, and the third being the $199.95 Vantage 2 model.

Xbox One owners are out of luck, though SCUF controllers do work with PC.

Scuf Controllers are very popular in the Call of Duty community and shooters in general as they offer an extra level of control not offered with traditional controllers thanks to the paddles on the back. 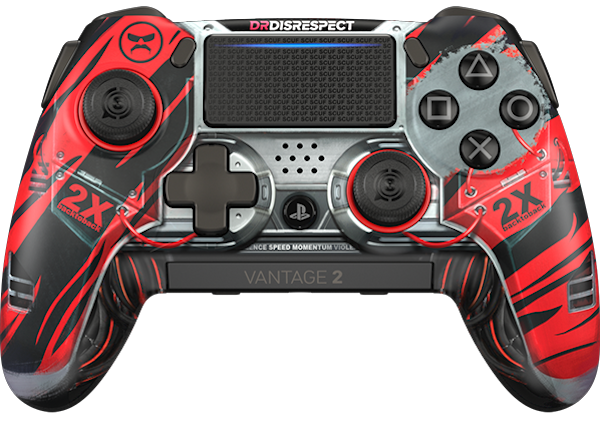 If you want to pick up Doc’s design, you are already able to do so.  However, you’ll want to act fast as he has a fanatic fanbase, and we could see his two designs quickly sell out.

To go along with the new design, Doc and Scuf teamed up for a trailer that helped unveil it to the public. He watched it with his Twitch chat but also posted it to Twitter if you weren’t able to tune in live.

As an added bonus, using code ‘DOC’ will provide a 10% discount on not only then new controller, but also everything else on the site entirely. This means if you’re looking to pick up more than just his controller, now would be the time to do so.

Use code 'DOC' for 10% off all week long! pic.twitter.com/gfzx7QLihM

Many esports players swear by the Scuf controller, and the company says over 90% of players use them in competition. This includes the Call of Duty players, but will also crossover to other console esports titles like Gears of War and Halo.

With Doc now having an official design, we’ll have to keep an eye out for how many players decide to rock it in their matches.

We can expect Doc to be using it a lot on his streams going forward, especially if he continues his deep dive into Modern Warfare.