Streamer for TSM, Ali ‘Myth’ Kabbani, has revealed the hilarious advice Tyler ‘tyler1’ Steinkamp gave him, regarding how to “blow up” on Twitch.

TSM Myth is best known for his Fortnite Battle Royale talents, previously competing professionally for TSM. He has now transitioned to streaming other games alongside Fortnite Chapter 2, including Modern Warfare.

He experienced his most significant surge in followers as Fortnite grew, and is now one of the most followed Twitch streamers in the world. However, he was apparently given some brilliant advice by League of Legends streamer tyler1, on how to grow exponentially on the streaming platform. 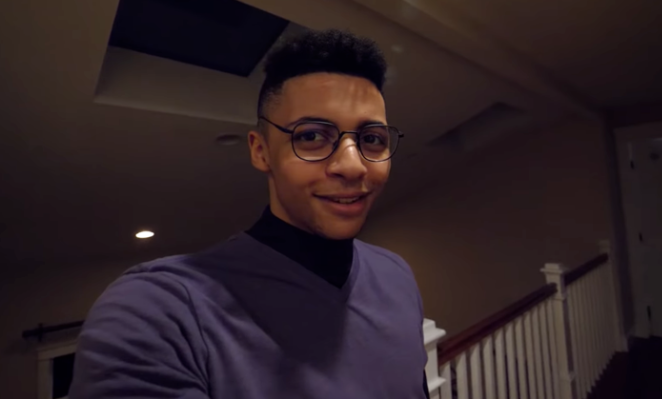 Myth’s impressions have gone down well in the past.
[ad name=”article2″]

In a clip from SlikeR’s stream, Myth can be heard recalling the hilarious encounter, which took place at TwitchCon in 2017.

Attended by 50,000 people, TwitchCon 2017 took place from October 20 to 22, at the Long Beach Convention Center in California. Fortnite Battle Royale was released the month before so Myth was just beginning to explode on Twitch.

“Tyler was outside waiting for Macaiyla to go to a party I think,” Myth explains. “I was sitting out there and I came up to him… I got a question. ‘If you’re up and coming on Twitch – you’re playing a game and you’re pretty good at it, what’s the best way to blow up?”

Myth then launches into a hilarious impression of Steinkamp to convey his response: “Eh listen man. F**k it, just f**king stream snipe the biggest streamer in the directory. Just f**king do it and you’ll blow up.”

Myth said that he took this advice and killed Jaryd ‘summit1g’ Lazar three times, which apparently helped his growth, although it’s likely he’s partially joking about that.

Despite Macaiyla arguing that Tyler sounds nothing like Myth’s impression, SlikeR and his watching audience were chuckling at the accuracy of it.

Myth compounded this apparent advice with impressive Fortnite gameplay, seeing him grow to have upwards of 5.5 million followers on the streaming platform, as of November 2019.

Stream sniping is the act of deliberately targeting a streamer in-game – often to garner attention or to sabotage their gameplay.

While generally looked down upon in the gaming community, Steinkamp’s advice shouldn’t be taken seriously, but it is a hilarious anecdote for Myth to recount.