MrBeast channels inner-Santa and gives 10,000 presents to people in need

The Christmas spirit seems to have hit YouTuber Jimmy ‘MrBeast’ Donaldson and his crew pretty hard since the team went on a massive donation drive to nationwide causes.

MrBeast is famous for going to insane lengths in order to stitch together charitable plans or hilarious stunts that all work to benefit someone or a batch of people.

This time it was no different, with the exception of the sheer volume of people he and his friends aimed to help out during the Holiday season, spanning multiple states and drives throughout the continental United States. 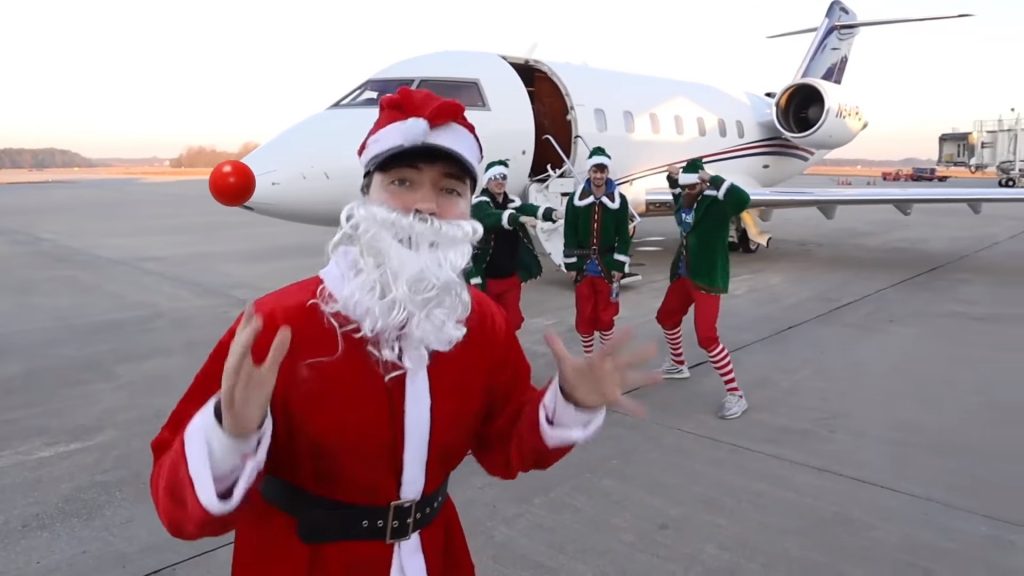 The YouTuber traded in Santa’s sleigh for a private jet to get his crew across the country in order to spread holiday joy.

In his December 23 video, MrBeast filled up the place with 10,000 presents ranging from Playstation 4’s to Nintendo Switches along with a huge variety of toys for kids.

But it wasn’t all going to the same place. MrBeast and his gang hatched up a plan to hit various drives, hospitals and more to hand-deliver hundreds of presents to every center.

From Washington D.C. to California, the crew stunned charity workers from across the nation with truckloads of canned goods, toys, toiletries and more.

While their massive shopping spree included coats, socks, games and the like, MrBeast had to return to the trenches of the grocery stores when he was informed that the massive amounts of food he bought would only suffice for a few days.

After restocking the food bank with the new shipment of donated goods, MrBeast went to a nearby college campus to personally give out thousands of dollars to cover students’ tuition.

Then MrBeast returned to a homeless shelter that he’s donated to in the past to once again stock them up for the Holiday season. That’s when MrBeast said that “in 2020 [he] definitely wants to open a few shelters of [his] own.” 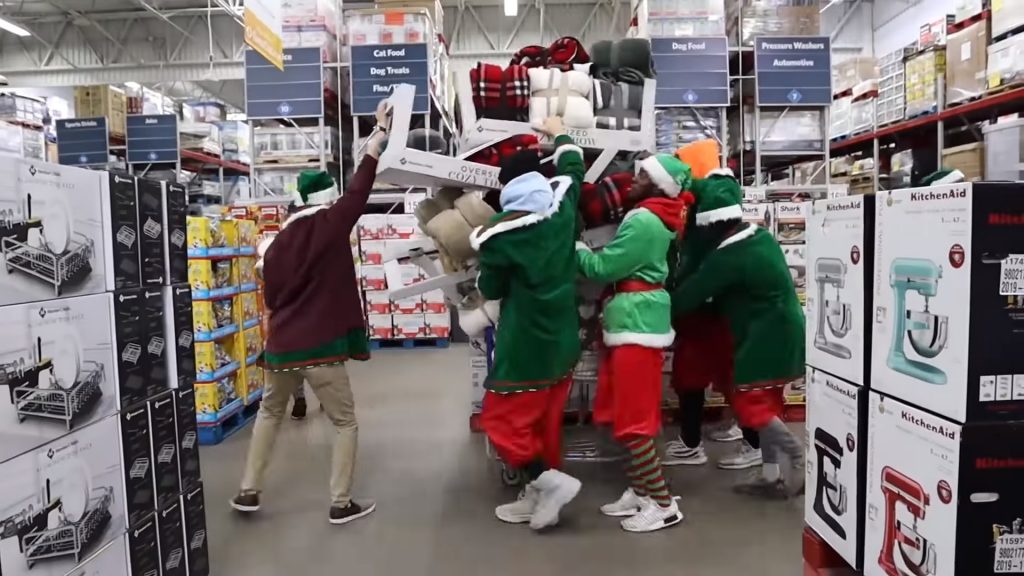 MrBeast and his elves left no blanket unbought to donate to the homeless shelters, along with gloves, socks and more.

Surprisingly, MrBeast wasn’t done. Before calling it quits, he went to Best Buy to empty out their PS4s and Switches to hand out to strangers and drive-thru customers at the local Krispy Kreme.

Throughout 2019, MrBeast routinely gave away thousands in cash and prizes, so it should be no surprise that the Dexerto YouTuber of the Year would go all out again for Christmas.