Mixer streamer, Harrison ‘HarrisonJr’ Patrick Stewart, has released an apology after being stripped of his partnership with Microsoft’s streaming platform following backlash from a “registered sex offender” Tweet.

Before December 5, HarrisonJr was a verified and partner-level streamer on Mixer. However, the Mixer streamer released a Tweet captioned: “Come watch a registered sex offender play Fortnite with 10 year olds!” and directed his following to his Mixer channel.

The since-deleted Tweet received a flurry of backlash from the Mixer community, who assembled in droves to call for the streamer’s suspension. Shortly afterwards, these demands were met and HarrisonJr was stripped of his Mixer verification on December 10. 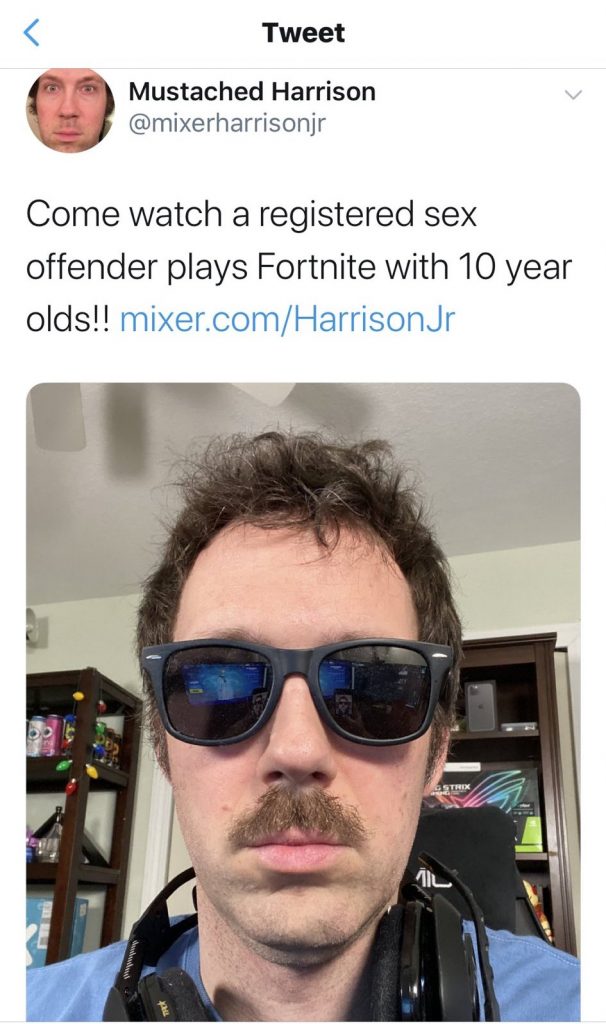 In the fallout after the incident, Stewart was quick to follow-up with an apology for his “inappropriate” Tweet. “I made it without thinking how it would read,” the streamer said. “I meant it as a joke, but I agree with the fact that it isn’t something to be joked about. I’m sorry.”

The streamer further posted a statement which explained that he does “not condone” his post. It’s worth noting that at time of post this Tweet, HarrisonJr’s channel still held its verified/partnership status.

I want to apologize for my recent tweet. I absolutely agree that it was inappropriate and I'm sorry to the people that it upset. I made it without thinking how it would read. I meant it as a joke, but I agree with the fact that it isn't something to be joked about. I'm sorry.

Thank you to everyone who reached out today, whether through social media or the stream, to let me know how they felt, good or bad. Let me say once again that I do not condone what I did, and I feel terrible that I actually hurt people. I'll never stop apologizing for that

On December 11, HarrisonJr’s partnership with Mixer was completely annulled after losing verification status with the platform just 24 hours prior.

A Microsoft spokesperson told The Hollywood Reporter: “We encourage our users to report potential violations, and we provide guidance on how to do that. We’ve reviewed the content in question and as a result made the decision to end our partnership.”

In light of the events which unfolded, Stewart posted a two-part video to his Twitter, in which he states that he “did not uphold the responsibility and standards expected” of him as a Mixer partner.

After prefacing his video with an apology, Stewart went on to explain how he has “failed” his following and how what he posted was “selfish, inconsiderate insensitive and gross.”

While Harrison appeared to show remorse and welcome the consequences from his wrongdoing, the severity behind the crux of context within the message should not be overshadowed.

Stewart concurs with this and goes on to explain his regret of posting the Tweet, stating: “I realize that I am a part of the problem. I’d never do something like that to someone, but I joked about it… The fact is, I’ve known many people who have suffered from that kind of abuse and they just couldn’t (or wouldn’t) talk about it.” 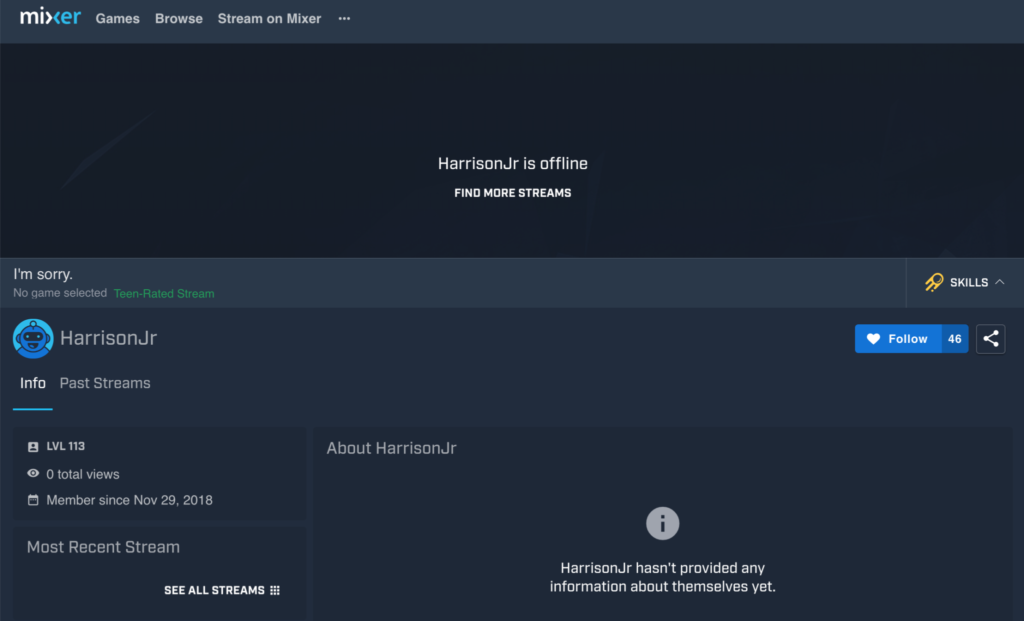 There have been numerous incidents where online games have been misused to ‘groom’ minors. In 2017, a man from South Wales was jailed for over two years for exploiting Minecraft’s online demographic – which boasts over 100 million players worldwide – to groom minors.

While just earlier this year, a 41-year-old man from Florida was arrested for using Fortnite as a platform to groom children.

Therefore, underscoring the sincerity of the message within HarrisonJr’s response videos, where he implied that those who held him accountable for his post “did the right thing.” At the time of writing, no further statements have been made from HarrisonJr nor Microsoft.