Controversial YouTuber Logan Paul had an awkward run-in with his ex-girlfriend Chloe Bennet on Instagram – and their exchange was nothing short of cringe-inducing.

Paul posted his own version of the “ten year challenge” meme to his Instagram account on January 15. However, instead of showing his progress from 2009 – 2019, he photoshopped ears all over his body for what he called the “ten ear challenge.”

Paul’s ex-girlfriend, Agents of Shield star Chloe Bennet, appeared to appreciate the pun, commenting, “I actually laughed out loud at this.”

alright, i broke. my 10 ear challenge. so many ears. #10earchallenge

Paul’s response made the nature of their current relationship very clear.

Bennet answered the comment in kind, writing, “Glad you liked that I liked it. Friend.”

This exchange comes just after Paul was spotted getting cozy with Instagram model Corinna Kopf at a Lakers game, despite Kopf’s previous claims that she was “single as fuck,” arguing that fans were merely “jumping to conclusions” after speculating that she and Paul were subtweeting each other throughout late December.

In fact, Bennet followed Logan Paul on Instagram on January 8, leading some fans to wonder if the two were back on good terms. 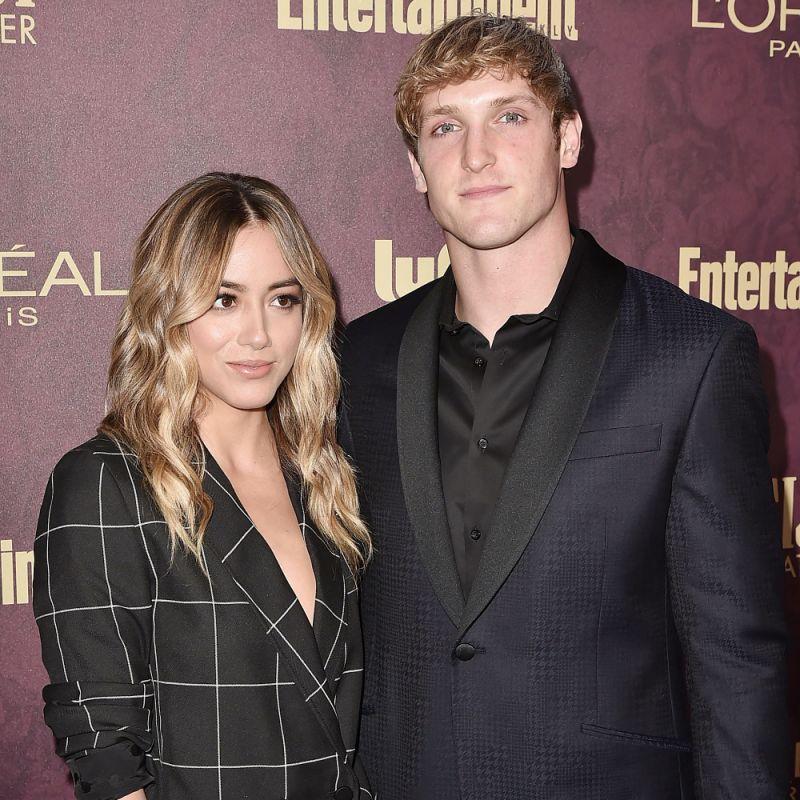 Logan Paul and Chloe Bennet split in late October of 2018 – but it seems the two are now back on good terms.
https://www.yahoo.com/entertainment/chloe-bennet-tried-warn-logan-183249900.html

However, it appears as though the two are on a strictly-friends basis for now, considering their initial split in late October 2018.

While Bennet remained relatively silent on the subject, Paul himself was fairly open about the breakup, admitting that his buddy Mike ‘Hey Big Mike’ Majlak had a hand in their separation.