Controversial YouTuber Logan Paul held a star-studded track and field event with some of the net’s biggest entertainers on July 27 – but it wasn’t a sold-out venue, as his rival KSI pointed out.

While the “Challenger Games” were hyped up as one of the most anticipated livestreamed YouTube events of the year, in-person tickets for the competition were also available for seats at Long Beach College’s Veterans Memorial Stadium.

However, it looks like the stands didn’t exactly sell out, as footage from the event shows a mostly empty row of bleachers with a group of fans gathered toward toward the front. 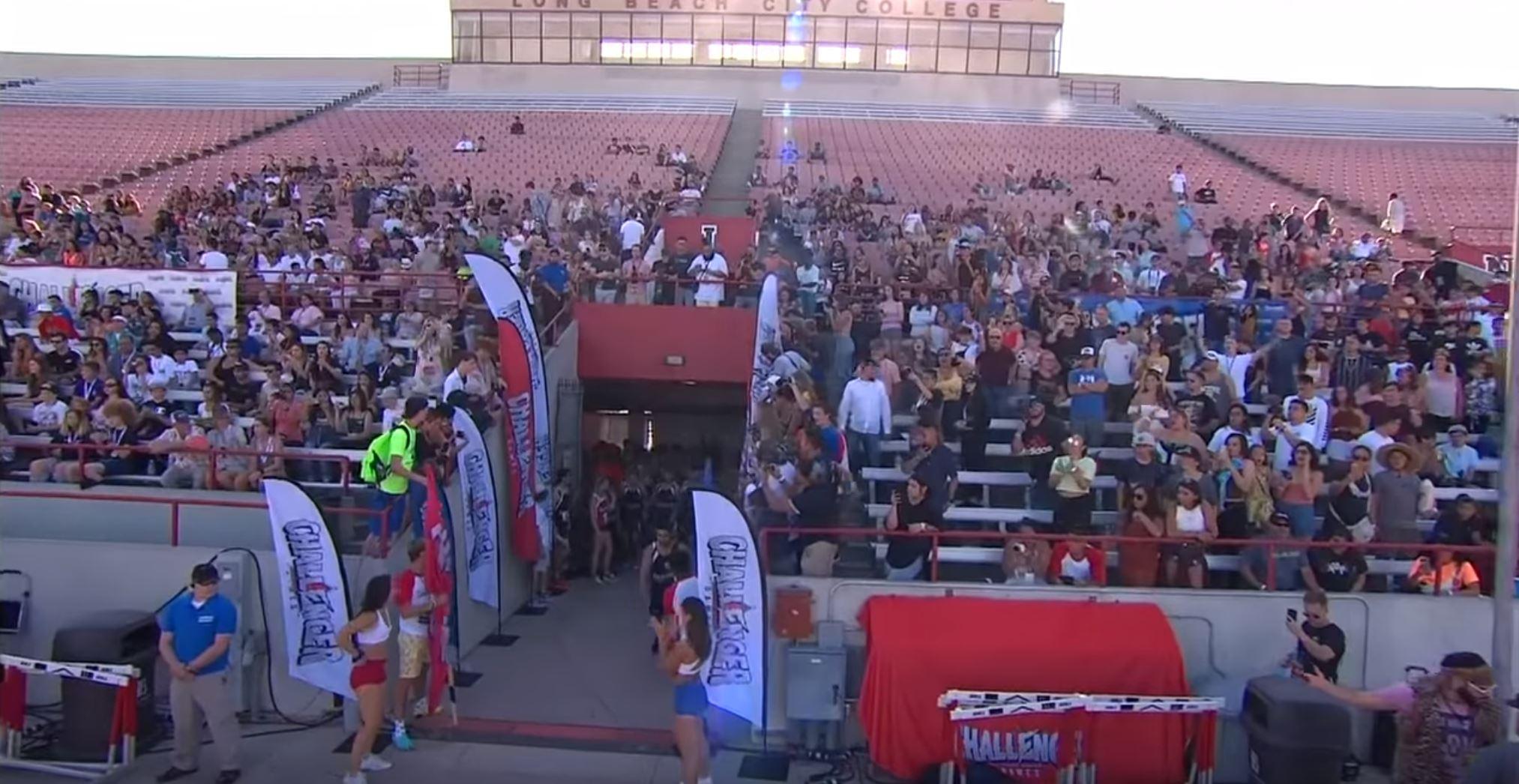 KSI didn’t hesitate to notice this fact and sounded off on the subject via Twitter, replying to one of Paul’s previous Tweets claiming that KSI couldn’t sell out a 50-person venue.

Rather than engaging in a verbal spat with the eldest Paul brother, KSI merely retweeted his comment with a simple clown emoji.

Paul didn’t stay silent on the issue, though: although he ended up further damaging his already injured hamstring during his race, the YouTuber took a jab at KSI on the field shortly thereafter, calling KSI a “bitch” and claiming that what he wanted to do to him in the boxing ring wasn’t “PG.”

“I can’t say it, because I think this is like, a PG stream,” Paul stated in a post-race interview.

The rivals’ latest spat follows KSI’s previous comments on Twitter regarding the Games, which he hoped would “fail to run in general.”

Paul was quick to remind KSI that the Games were for charity, prompting his opponent to reply, “Ah ok my bad. Hope you just fall and graze your clapped face on the gravel then.”

Ah ok my bad. Hope you just fall and graze your clapped face on the gravel then. https://t.co/rgGIgWvRl1

KSI’s wishes came true, in a sense: Paul’s strained hamstring took a turn just after he ran out of the starting blocks during the 100 meter dash, and again during the 4×100 meter relay.

With Paul effectively crippled ahead of his match with KSI, it looks like the British YouTuber already has the upper hand – but with four months left for Paul to recover, there’s no telling how their rematch will pan out in November.