Social media stars Logan and Jake Paul are facing calls for arrest, after being caught in “illegal activities” during a previous trip abroad.

Thanks to a video that Logan Paul uploaded in September 2017, users across the internet – namely on controversial website 4chan – are doing everything in their power to see the YouTuber brought to justice.

The video in question, titled, “HOW TO GET DEPORTED FROM ITALY,” features both Logan and Jake Paul stripping off their clothes and jumping into one of the country’s famous canals. Just before Paul’s dive into the water, one local bystander attempted to dissuade him, warning him that the action was “forbidden.”

Despite the video’s age, 4chan posters are calling for further action against the YouTube brothers, with one user citing international law as a reason that the duo could face charges on home soil for their debacle abroad.

“It’s illegal to swim in canals in Italy,” the poster wrote. “Subject matter jurisdiction and international criminal law means, as a US citizen, you can be charged for crimes that are illegal in other countries.” 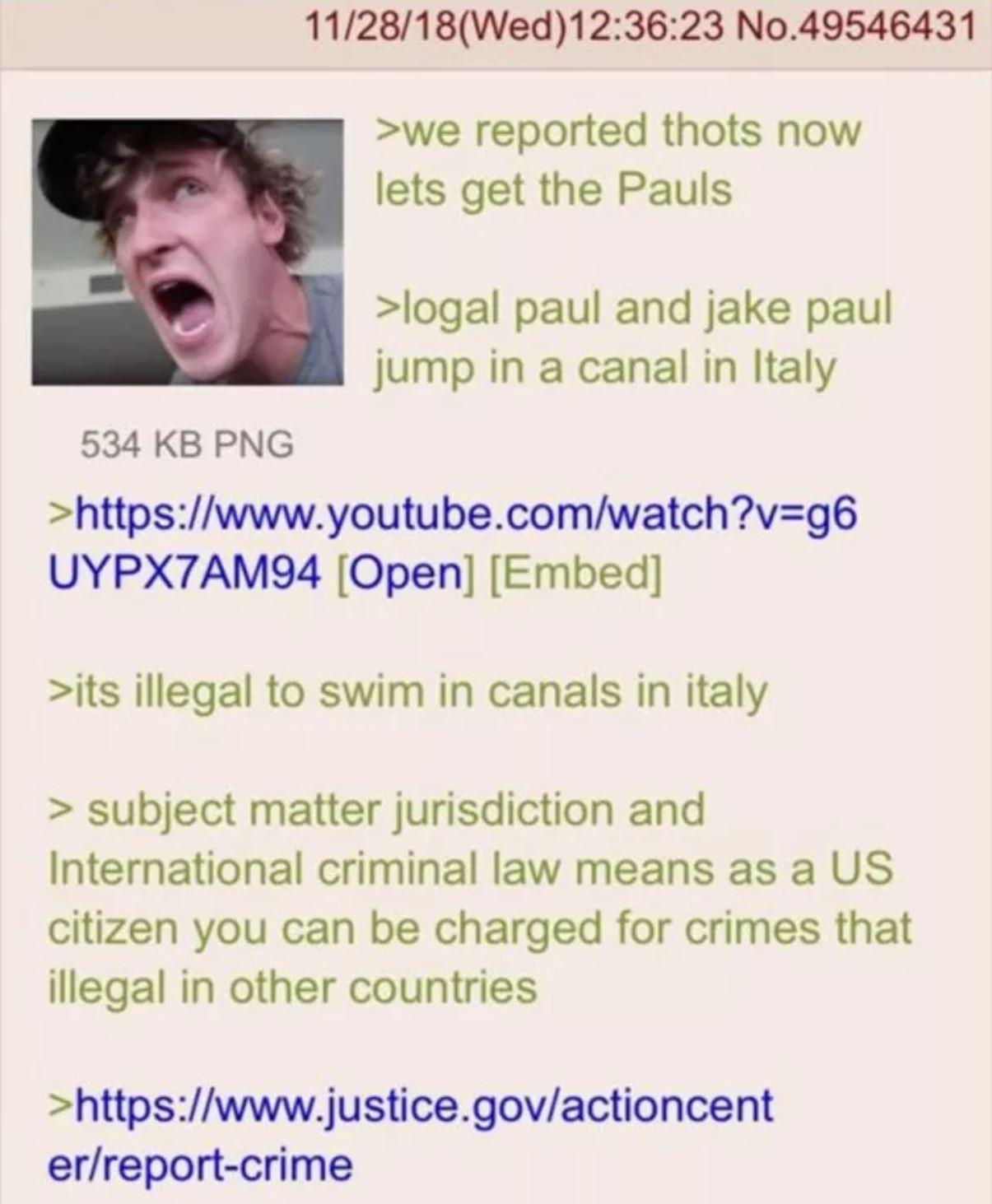 That isn’t the end of their plotm either; the poster also hopes that law enforcement will look into the Paul brothers’ previous videos, in an effort to charge them for past offenses.

While the Pauls were reportedly already arrested for their offense in Italy, Logan Paul is now part of yet another scandal, which saw charges of “animal mistreatment” to the owner of a tiger cub used in one of his older videos.