The ongoing beef between popular YouTubers KSI and Logan Paul has taken a savage turn, thanks to a series of scathing tweets between the two personalities on March 8.

Their trash-talk began after KSI denied a rematch with Logan Paul, as told in a series of DMs to Drama Alert’s Daniel ‘KEEMSTAR’ Keem.

Logan accused KSI of dodging their upcoming fight – to which KSI had a biting response. 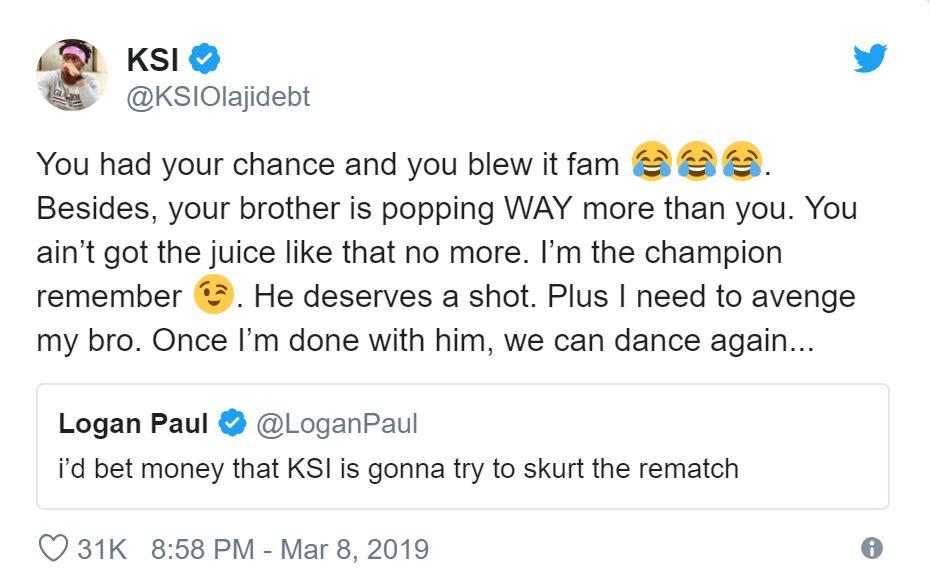 “You had your chance and you blew it fam,” KSI wrote. “Besides, your brother is popping WAY more than you. You ain’t got the juice like that no more.”

KSI went on to point out how high his view counts were above Paul’s – and even brought up his scandal in Japan’s Aokigahara ‘Suicide Forest.’ 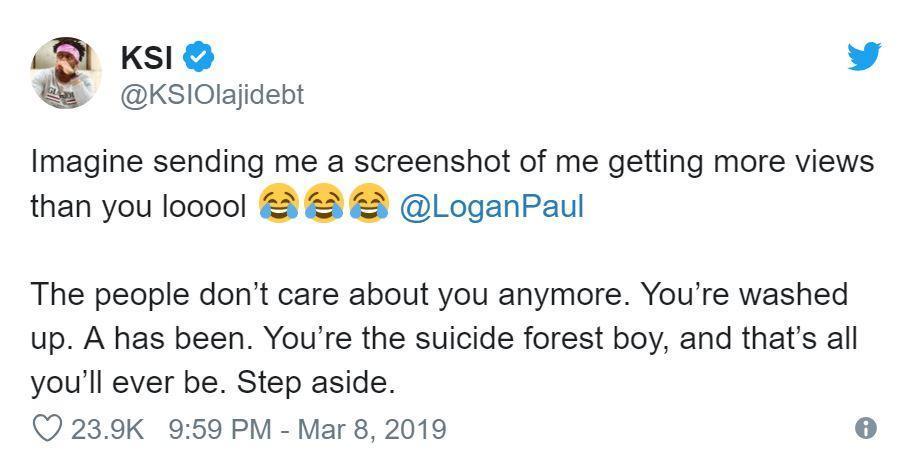 “The people don’t care about you anymore,” KSI replied. “You’re washed up. A has been. You’re the suicide forest boy, and that’s all you’ll ever be. Step aside.”

Paul hit back by accusing KSI of aborting multiple children, likely in reference to Deji’s accusations during his feud with KSI in late 2018. 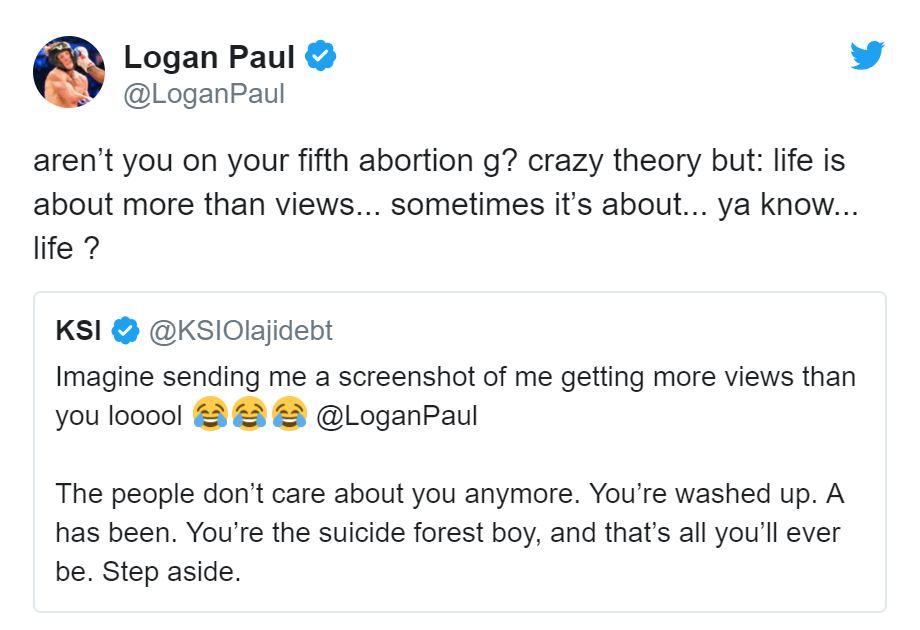 KSI hit back with a barrage of dirt, bringing up Paul’s breakup with actress Chloe Bennet and that his ex-fling Corinna Kopf moved on to romance Fortnite pro FaZe Tfue.

“Chloe dumped you and Tfue stole your next girl,” KSI wrote. “You believe the earth is flat. You keep calling me a dweeb thinking it’s insulting me but it makes you look 12.” 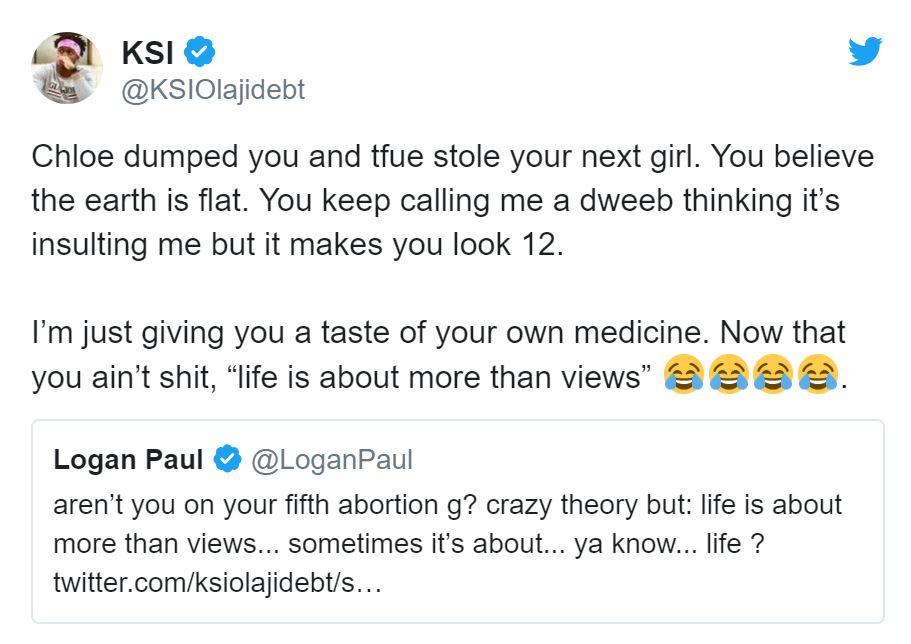 While Paul responded by bringing up the fact that KSI was kicked out of his home on Christmas day, KSI didn’t deign to reply, instead calling out Jake Paul for a potential boxing match.

Although KSI and Logan’s beef brought them into the boxing ring in summer 2018, it looks like these two won’t hash it out again; instead, KSI looks to fight Jake Paul, after being called out by the youngest Paul brother on Logan’s ‘imPaulsive’ podcast.