YouTube stars Jake Paul and Tana Mongeau have something “massive” up their sleeves – but despite fan speculation, it doesn’t look like they’re announcing a divorce.

Speculation has surrounded this YouTube couple ever since their live streamed wedding in July, with fans across the net accusing both entertainers of “faking” their entire relationship for views and clout.

This speculation flared up once again after both social media celebs took to Twitter to tease a “massive” announcement – but it doesn’t look like this upcoming reveal has anything to do with divorces or potential offspring. 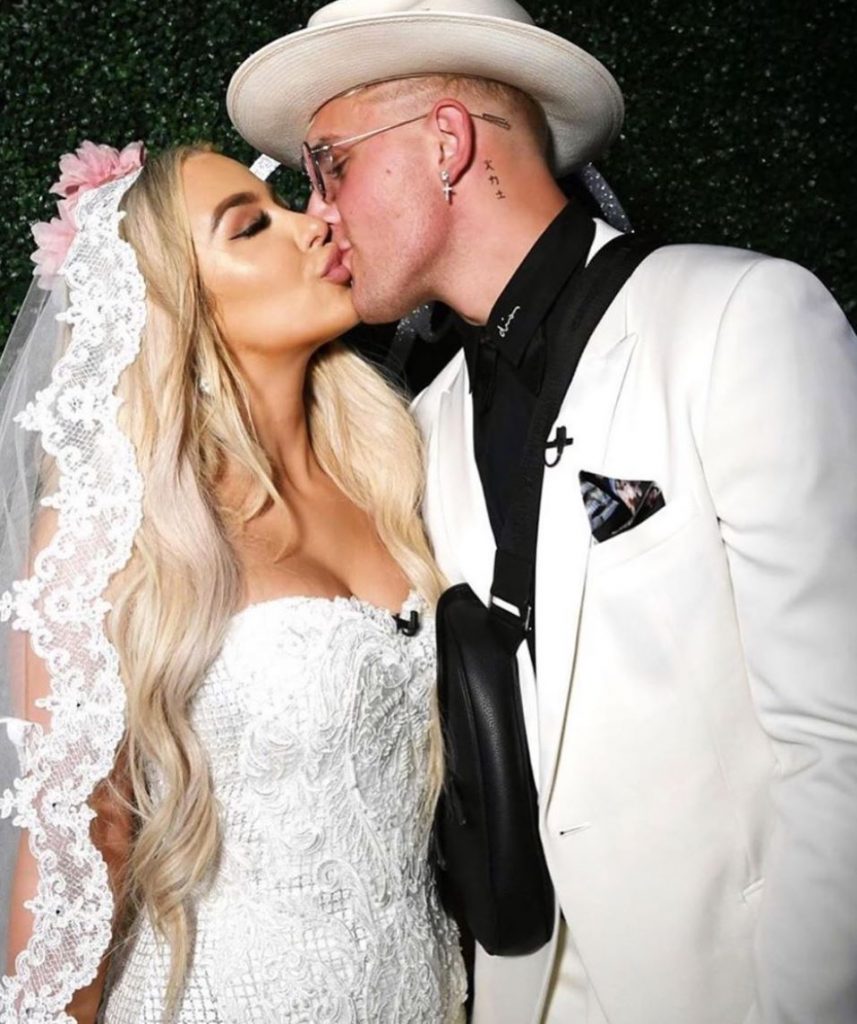 In fact, Mongeau refuted these claims in her initial Tweet on the subject, which she ended with the hashtag, “#JanasBigAnnouncement.

“Jake Paul and I have a MASSIVE announcement for you tomorrow at 2 PM PST (we think),” she wrote. “We are so proud of this & truly hope you are, too. I didn’t imagine 2019 to end this way… Nervous. Excited. Thankful.”

ok. @jakepaul and i have a MASSIVE announcement for you tomorrow at 2 PM PST (we think)

we are so proud of this & truly hope you are too.

i didn’t imagine 2019 to end this way.. nervous. excited. thankful.

no we’re not getting a divorce. c u tmrw. #JanasBigAnnouncement

She also posted a secondary teaser to her Instagram story, where she jokingly seemed to backtrack on her denial of possible children, writing, “We’re not getting divorced. Or married again. I’m not pregnant. Or maybe, it’s all three?”

However, a closer look into her Instagram story shows several videos of herself, Jake Paul, and fellow YouTuber Mike Majlak on the set of a show called “Bustedness,” which seems to be a re-imagining of Rob Dyrdek’s “Ridiculousness.”

This upcoming show doesn’t come as a huge surprise to followers of the trio, as Majlak announced that an MTV show with all three stars was in the works during an episode of  “The Night Shift” in late October.

While he claimed he “couldn’t say much about” the production at the time, it seems like an official trailer for “Bustedness” could tentatively air at 2 PM PST on December 12, according to Tana’s post – although there’s no telling if it will feature any juicy gossip concerning the hotly-debated “Jana” relationship.

For now, fans are waiting with bated breath for the “massive” announcement, which may or may not even be the MTV show in question.