Jake Paul has revealed one of his major concerns with his professional boxing match against AnEsonGib – but it’s not as big a problem as you might think.

After watching KSI take the win against the older Paul brother, Jake has revealed that he has an ongoing nasal issue that can make boxing “really annoying” in a new video showcasing some of his sparring footage. 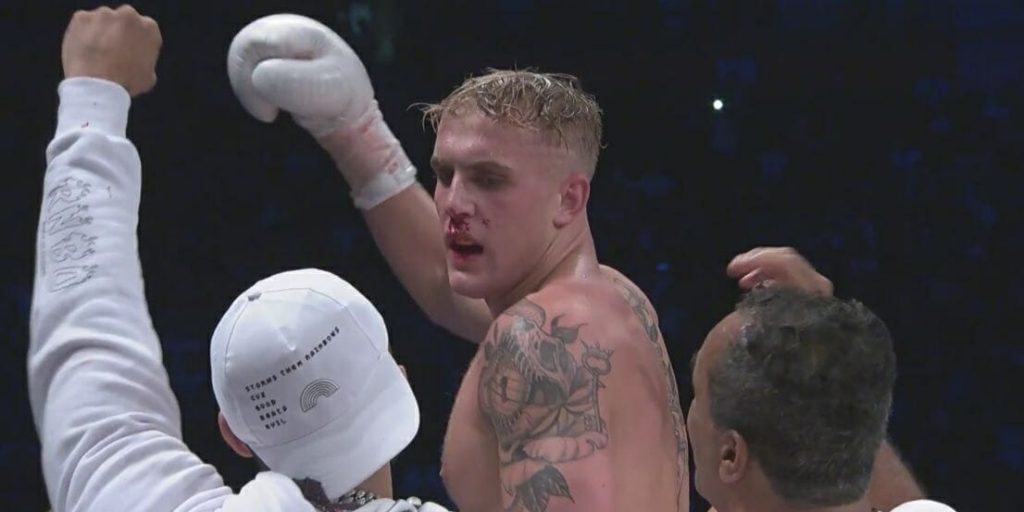 Jake looked a little worse for wear after his fight against Deji in August 2018.

After previewing a couple of examples of his practice, walking viewers through what’s going on, the camera cuts to Jake in a hospital elevator explaining what’s going on.

“I’m getting my nose cauterized. I get a bloody nose all the time, so I just don’t want it to bleed during the fight. I’ve got it cauterized like six times, but it doesn’t really do anything because I get them so bad.”

He goes on to give examples, saying: “If you remember my last fight against Deji, my nose started bleeding everywhere, this picture of me went viral… I know that if Gib lands one punch on me my nose is going to start bleeding.”

Jake goes on to explain that this is “the most annoying thing,” when you start to bleed, because it’s flying everywhere and “people think that you actually get hit hard.”

He then reiterates that he would like to remind everyone that if he starts to bleed not to worry about it because “it happens all the time, almost every single day.”

In the remainder of the video, Jake Paul shares some general vlogging footage unrelated to his upcoming boxing match, which will take place on January 30 in Miami, over Super Bowl weekend.

Obviously, nose bleeds are a major nuisance, and they definitely can’t be easy to deal with if you’re engaging in combat sports every day, but Jake seems to be in danger of falling into Logan’s “three sneezes” territory here.

The Ohio native will be hoping that he gets a better result than his brother, though, who has been facing somewhat bigger issues since his loss to KSI.