YouTube stars Jake Paul and Tana Mongeau shocked the net by getting married after just two months of dating – but fans aren’t convinced that their relationship will last, considering some questionable activity captured during their “honeymoon.”

Despite holding one of the most highly-publicized weddings of the year, Mongeau wasn’t able to attend her honeymoon vacation with Paul, revealing that she had to handle a “family emergency” in a series of Tweets on July 29.

Thus, Jake Paul took off on their European tour with his older brother Logan Paul and a mutual friend – but their trip didn’t go off without a hitch.

family emergency…. i’m gonna meet him there the second i can. so excited to decompress from the past few months of chaos & celebrate US with no one around.. thank u guys for all the ridiculous amounts of love & support. we fucking love u. pictures and stuff soon but right now

While on vacation, an Instagram model appeared to troll fans of the YouTuber, uploading a suggestive story that showed Jake Paul on a boat with a caption that read, “I’m the cause of the divorce @jakepaul”

Paul likewise knew that his vlog on the trip would raise a few eyebrows due to featuring several models throughout the video, and thus addressed the matter before things could get out of hand. 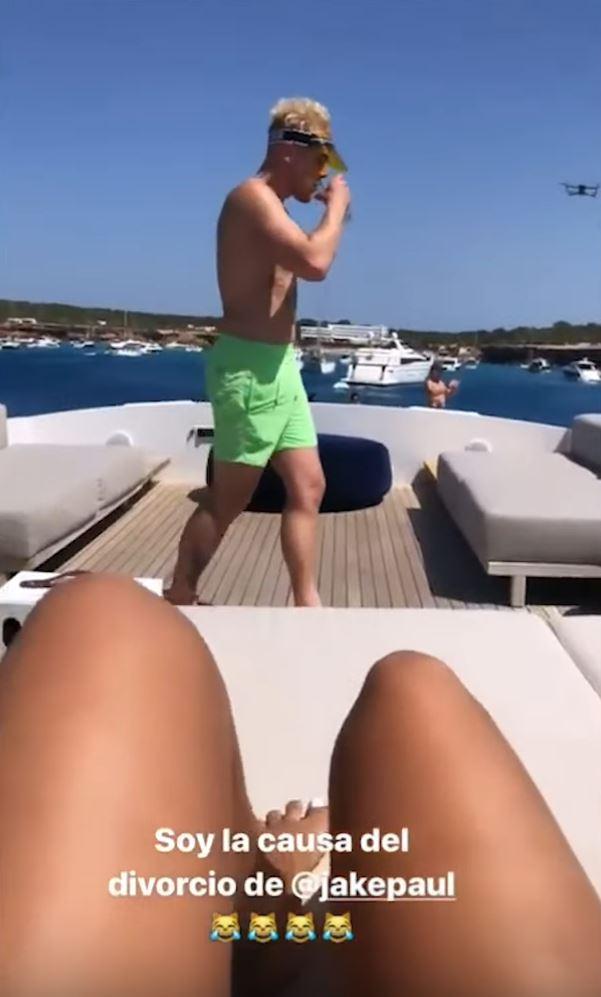 This Instagram story from a model hired for Jake Paul’s music video caught the attention of fans, who were quick to raise their collective eyebrows at her statement.
500https://www.youtube.com/watch?v=Mh7IayQXpo4&t=99s

As it so happens, the model in question (named Andrea) was hired for Jake Paul’s forthcoming music video “Crush on U,” a fact that he made sure to touch on during his vlog.

“No, I’m married, guys, we’re just acting,” he explained. “…Tana was supposed to come here, but she missed her flight, ‘cause she had a family emergency. So I needed someone else to be in the music video.”

That’s not all: Paul went off on a hilarious tangent about the subject later in his video, claiming that “Tana would be proud of me for interacting with these girls” and that “I can be friends with girls!”

Both Tana and Jake have hinted at having an open relationship in the past, and with their wedding revealed as not actually legal, fans aren’t sure as to the specifics of their romance – but a recent Tweet from Mongeau could hint at an as-yet-unrevealed issue, containing only a “:/” emote.

Considering the fast pace of their current relationship, there’s no telling what’s in store for YouTube’s hottest couple in the future.