It appears that YouTube has crashed worldwide once again on November 18, only months after its previous outage.

Update, 11:33pm UTC: YouTube appears to be fully functional again on both mobile and desktop platforms. If you are still experiencing an outage, it should be resolved soon.

Update, 11:21pm UTC: Users on YouTube on desktop in some regions are reporting that YouTube is functional again.

For the first time in years, YouTube experienced a major outage on October 17, which lasted almost 6 hours across various regions and devices.

It is extremely rare for the site to crash, and can have massive effects across the web, as it is by far the most popular video sharing website, but it crashed for a second time in as many months on November 18, with visitors met with a blank homepage. 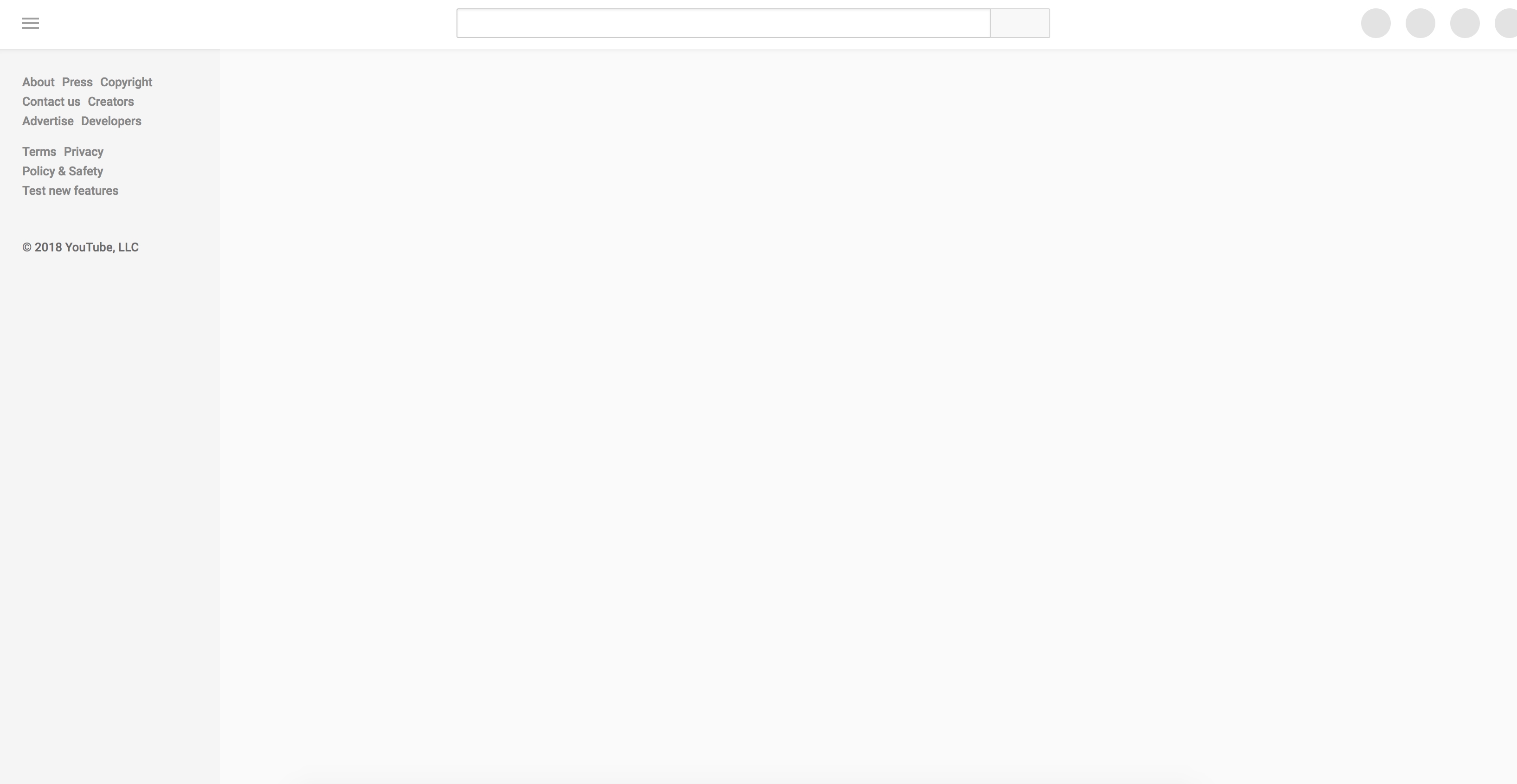 Users faced with a blank homepage.

Users began noticing outages at around 11pm UTC, with numerous big name YouTubers reporting that they were unable to see their homepage.

Popular YouTuber KEEMSTAR was among the first to report an issue, posting a video to Twitter and then tagging in Head of YouTube Susan Wojcicki and Head of YouTube Gaming Ryan ‘Fwiz’ Wyatt.

YouTube is on average the 2nd most visited website in the world, and this is only the second major crash in recent memory.

It also supports the livings of 100,000’s of creators, who produced videos daily and rely on views and ad revenue.

At the time of writing, YouTube has not publicly identified the cause of the downtime.