Swedish Twitch streamer Sebastian Hans ‘Forsen’ Eli Fors squared off against quite the opponent while trying out CHIKARA: Action Arcade Wrestling on October 15.

The entertainer, who made a name for himself playing StarCraft, was getting the hang of the new pro-wrestling game and beat the majority of players he faced online.

After selecting his character and loading into a new match, Forsen would come face-to-face with his strangest foe yet and could hardly contain himself after seeing his opponent. 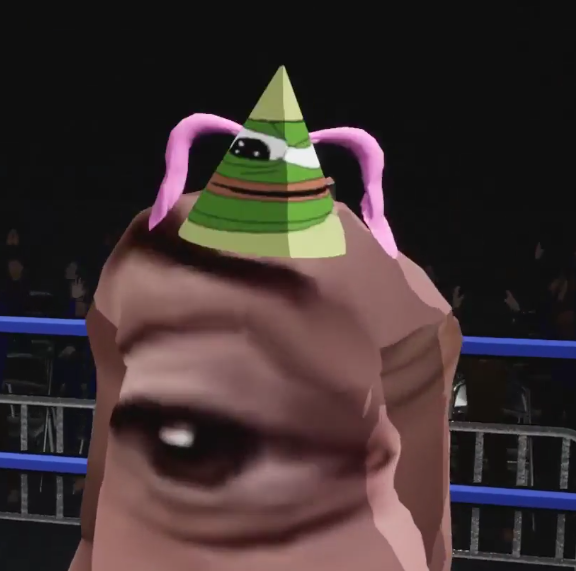 Forsen’s opponent was the stuff of surrealist nightmares.
[ad name=”article2″]

The bizarre created character showed off a massive eyeball on his chest alongside a very phallic-looking object attached to his torso with fireworks shooting out of it. Additionally, the ‘thing’ was also wearing a cape of sorts. Most strangely, however, was the Pepe emote-themed birthday hat covering the abomination’s head.

Overall, the creature more closely resembled something out of a Power Rangers adult film parody than a wrestling game.

When the Swedish star saw what he was up against he nearly burst out laughing, even as the match picked up steam.

As the battle waged, Forsen got the upper hand and deleted most of his opponent’s health before attempting to perform some sort of finishing move by trying to go to the top rope.

“Now prepare yourself for the ultimate setup,” he joked, as his character slid off the turnbuckle a couple times. Eventually, however, he was able to hit his high-flying move and proceeded to stomp on the downed creature.

Finally, Forsen pinned the disturbing-looking fiend to get the win as he broke into laughter once again. 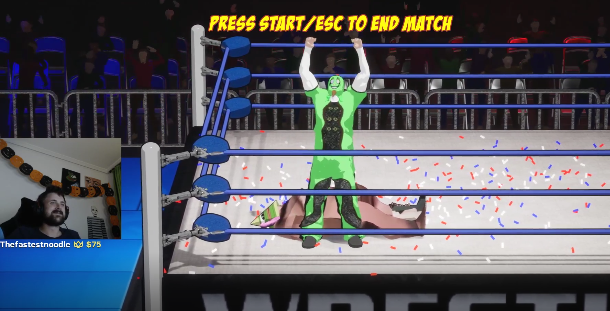 Forsen secured the victory against the “monster.”
[ad name=”article5″]

According to the game’s Steam page, the newly-released title has some crazy customization options that allow for fighters such as the one Forsen fought to exist such as “body morphing, texture uploads, face mapping, move set assignments and physics-based accessories”.

As it turns out, they weren’t kidding.