Dr Disrespect mocks his own Twitch ban with new emotes

Popular streamer Dr Disrespect remains banned from Twitch after livestreaming in a bathroom at E3, but is taking full advantage of the situation by creating some brand new emotes for his chat.

While doing his first ever IRL stream at E3 2019, the Doc got himself in serious trouble, after his cameraman followed him into the public toilets, continuing to stream, resulting in a ban from Twitch and his E3 access badge being revoked.

The Two-time finally released his long-awaited video from the event which attempted to explain his actions, jokingly blaming “hot diarrhea” as the reason for his multiple trips to the bathroom. 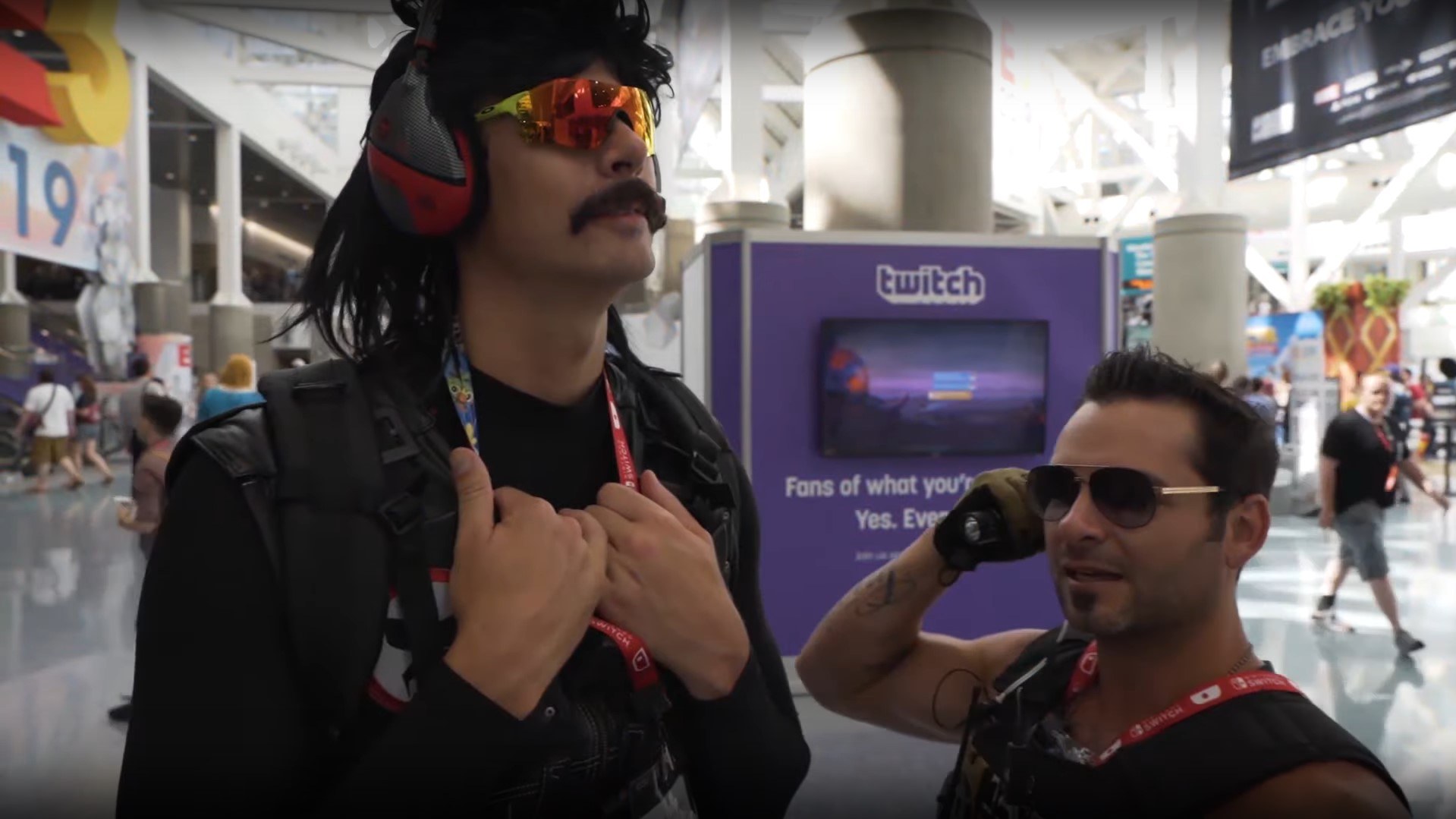 Dr Disrespect blamed “hot diarrhea” for his multiple ventures to the bathroom at E3 2019.
[ad name=”article2″]

His channel is still banned from the platform for an unknown length of time, but it seems his loyal subscribers won’t let him hear the end of this debacle for a while, with Doc confirming on Twitter that a new emote has been made.

Replying to an image of himself in the bathroom stall, he shared a sneak peek of what to expect in his chat when he is given full control of his channel again.

These new emotes will presumably be available for his fans to spam to their heart’s content in his Twitch chat, whenever he is allowed back on the platform.

There has still been no word from Twitch or the Doc himself as to when his ban will actually end.

Despite the nature of the offence, it’s unlikely his channel will be permanently banned from the platform given his previous track record, and his enormous success in recent years.

Reaction to the Doc’s ban has been mixed, with Fortnite star Turner ‘Tfue’ Tenney coming out in support of his fellow streamer by tweeting out “Free @DrDisrespect” while Tyler ‘Ninja’ Blevins and Michael ‘shroud’ Grzesiek both agree that the suspension was fully warranted.

However, the incident shows Twitch will make no exceptions with popular IRL streamers in the future, with popular YouTuber Ethan ‘H3H3’ Klein hoping Doc’s ban can serve as a warning to other content creators.

It’s probable that Doc will take his words of advice and stick to gaming in the future.