Move over Old Town Road, Dr Disrespect’s the new sheriff in town with his brand-new song that hilariously trolls his stream snipers.

The Doc is one of the largest streamers on all of Twitch and as a result, he falls victim to stream snipers nearly every time he goes live. That’s just part of what comes with being a big streamer and can be a real downer.

However, he doesn’t usually make a huge deal of it, except for the one time he thought LIRIK was sniping, and instead of being angry he released a song instead. 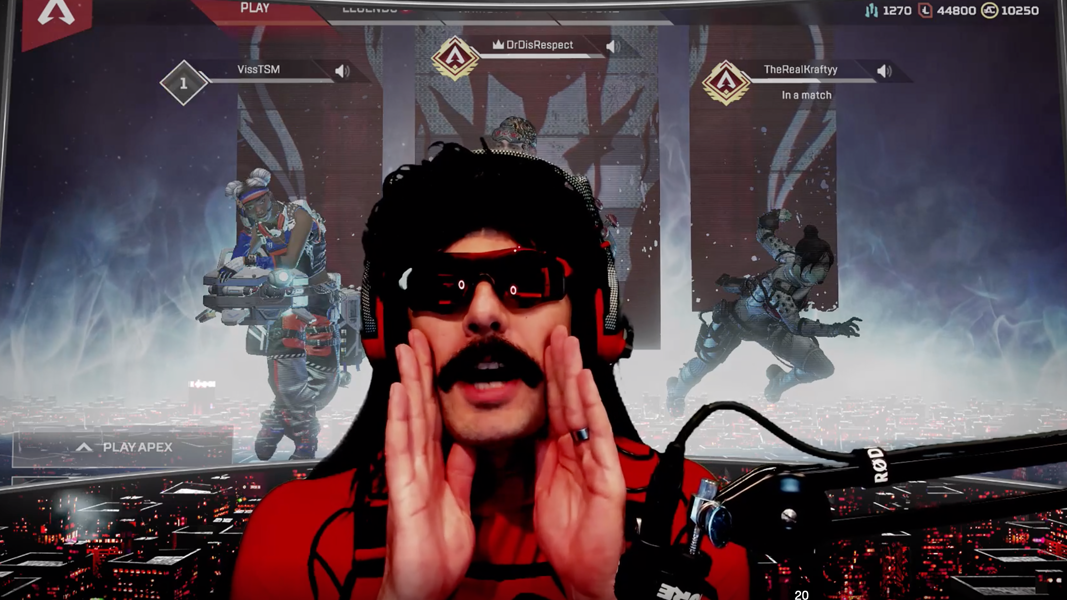 Dr Disrespect is one of Twitch’s most entertaining streamers.[ad name=”article2″]

The Two-Time is all about putting on a show and in that aspect, he knocked it out of the park as part of the song by J-1 (Jason Folks) featuring TSM Halifax and the Doc.

Throughout the duration of his two-minute serenade, he talks about how he feels the love, presumably from stream snipers.

He never actually says anything about snipers in the song, but he does say the song is dedicated to them.

You can find the full version of the song on Soundcloud right here.

Many streamers will hide their drops in games like Fortnite, PUBG, and Apex Legends and while the Doc does do that sometimes, he will oftentimes welcome the challenge that comes with being stream sniped.

With him being a video game champion, he’s usually able to make quick work of any sniper so he doesn’t let it deter him or throw him off his game. It’ll take much more than that to take down Doc.

Whether this song will be able to climb the Billboard charts remains to be seen but we can safely say it’s some of Doc’s best work yet.

We’re still waiting on him to announce his tour dates for his live performances but we’ll take his song on repeat for now.