Dr Disrespect tries to give inspirational speech but fails miserably

Dr Disrespect tried to rile up his Champions Club members with a trademark, passionate speech, but fell flat on his face when his fans didn’t get to hear a single word of it because of his mic.

While The Doc might just be one of the best gamers on Twitch in his own right, it’s the other side of his streams that see him regularly attracting thousands of viewers on a daily basis.

On the production side of things, nobody really holds a candle to his packed out arena, which allows him to address his adoring fans during every stream. Sometimes he may just do that while sat down, waiting for a game to load but in other situations, he runs hilarious skits from places like the ‘arena locker room’, a VIP lounge, and even ‘outside’ while in his Ferrari. 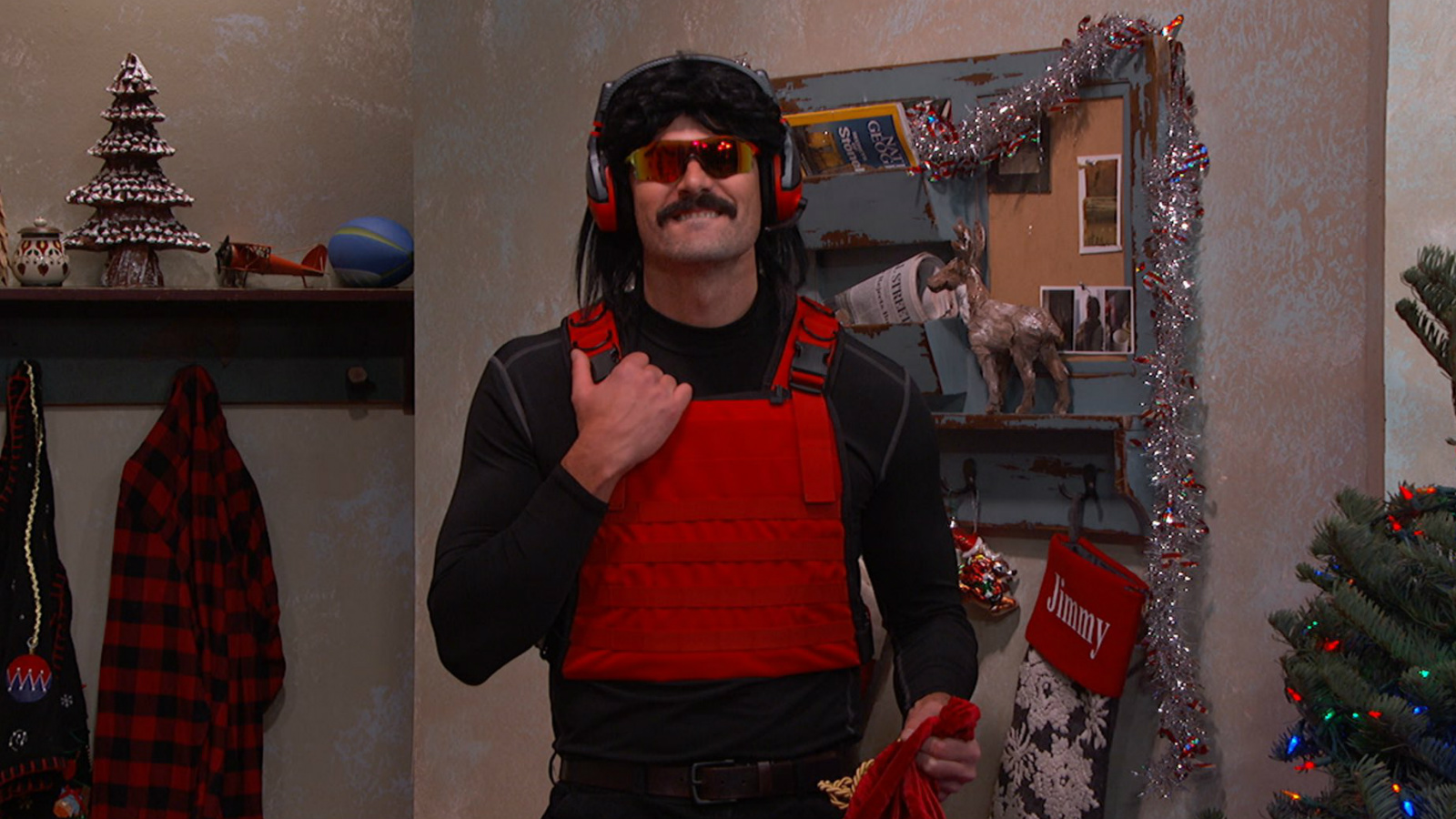 The Doc’s popularity has led to him appearing on mainstream TV shows like Jimmy Kimmel Live.

However, the back-to-back Blockbuster video gaming champion got a huge shock during his December 20 stream when he tried addressing his fans live from the locker room before jumping into a game.

As he tried to pump up the stream, The Doc gave what seemed to be a pretty impassionated speech – gesticulating with his arms and pointing directly at his camera.

Yet, the only sound that fans could hear was his background music. So, in a bid to try and get his attention, which didn’t really work, they spammed his chat with emotes to suggest that he needed to fire his ‘director’.

Sadly for the streamer, it wasn’t just a momentary blip of being muted but instead, it lasted for nearly two minutes and he gave off no noise and viewers tried to get his attention.

Only when he made his way back to his streaming set-up did he realize what had just unfolded. “We’ll talk about what I said earlier at a later time,” he said, after a further few moments of silence from his stream.

Of course, with this being livestreaming, anything can go wrong at any point and leave the streamer with egg on their face, but with this being the Doc, he does usually run a tight ship.

Maybe he’ll need to shake up his production staff to ensure that something like this doesn’t happen again. Who knows, maybe his director Alex will take the fall – again.