Dr Disrespect finally brought out his Doc Cast camera to commentate over Michael ‘shroud’ Grzesiek’s on-stream action but had to settle for making his own entertainment.

When it comes to production on Twitch, especially for solo streamers, Dr Disrespect has set the bar time and time again – and has even raised it even further during his most recent return from suspension.

The Doc has a number of segments and transitions he can bust out but perhaps his best is the Doc Cast – where he heads behind a desk and starts commentating the action on his screen. He jumped right into that segment while hoping to get some action from shroud but as the Canadian didn’t deliver, the Doc tried making the most of it. 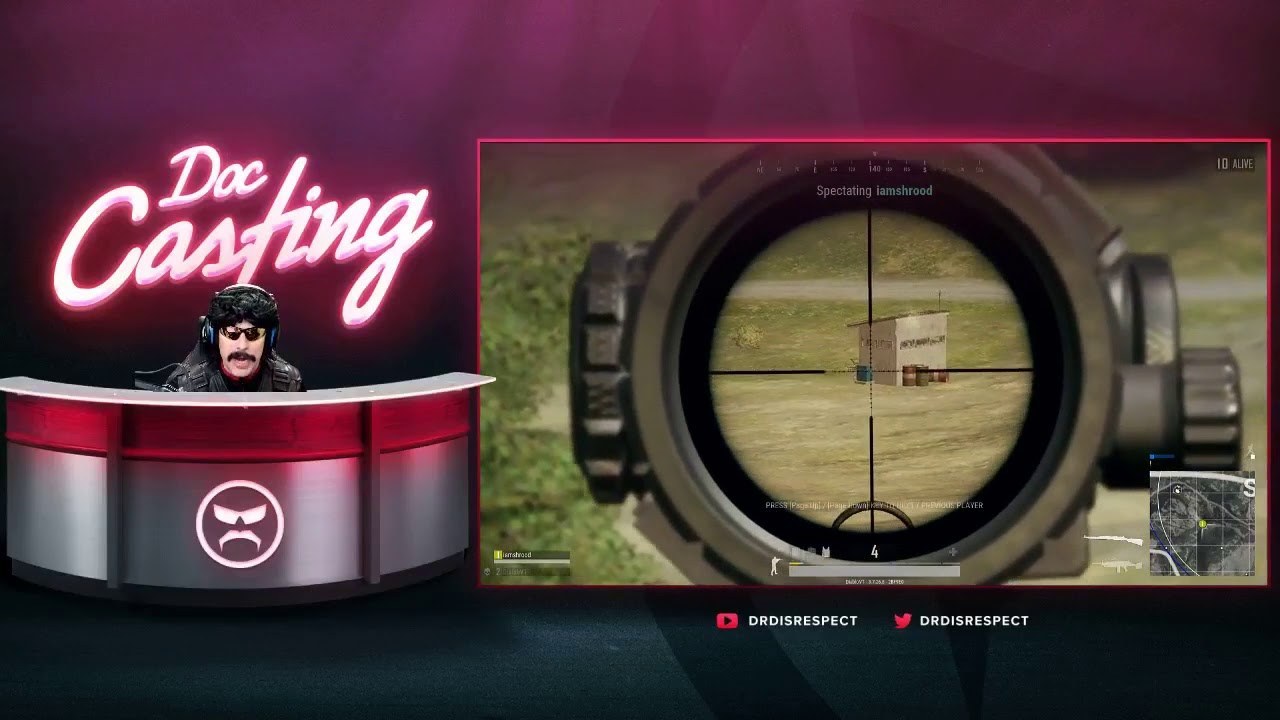 The Doc has been bringing out the Doc Cast for quite some time on Twitch.

During his July 18 stream, the ‘Two-Time’ had been spectating shroud while looking for a game to play. Yet, he sat in on the former CS:GO pro reading patch notes, not popping off with headshots.

In a bid to liven the whole thing up for his viewers, The Doc dove right into his Doc Casts mode and began commentating on what he was watching. “Jumping into an intense situation, let’s jump right into the action,” stated The Doc’s transition, despite the fact that shroud was being quiet and there was no combat on-screen.

Without any gunfights or any sort of close-quarters combat to shout over, Dr Disrespect was resigned to pointing out how shroud was highlighting text with his cursor and glancing over to his chat.

As the former CS:GO pro couldn’t deliver the violence, speed, and momentum that The Doc was looking for, the Doc Cast quickly came to an end.

“Still in the same area, nothing is coming up, nothing is happening, Shroud is done!” the Doc exclaimed as he brought his moment of commentary to a close – leaving his viewers to congratulate him on a job well done.

Of course, the Doc Cast segment is usually reserved for high intense situations that always seemingly backfire thanks to his growing ‘Doc Cast curse’.

Maybe next time fans will actually get to see shroud break out his human aim-bot like skills on opponent players, and not a webpage.