YouTube star David Dobrik took his vlogging antics to the next level by marrying – and subsequently divorcing – his best friend’s mom. But what’s his current relationship status like after this change?

In a turn of events that quickly went viral, Dobrik put a ring on the mother of his best friend, Jason Nash, after he allegedly told Dobrik that David “would never find love and get married.”

Unfortunately, not all love lasts a lifetime, and Dobrik later filed for divorce in June, jokingly claiming that “We may have rushed into things but that’s what happens when two young people fall in love.”

Although the entire ordeal was an elaborate joke, Dobrik’s scheme was legally carried out – but now that he’s off the hook, it seems like the vlogger is looking for love, once more.

In an interview with Clevver TV, Dobrik revealed that he’s been browsing the popular dating application Bumble since signing his divorce papers, preferring it over other apps like Tinder and OKCupid – meaning that one of YouTube’s top vloggers is also one of its most eligible bachelors.

“Listen, if we’re talking dating apps, I’m only talking Bumble,” he admitted. “Bumble is my go-to. So let’s leave it at that. But the transition’s tough! Dating apps, it’s a lot to get used to, because you’ve got to be clever, you know?”

Dobrik also confirmed (not for the first time) that he is decidedly not dating his assistant Natalie, despite fan speculation to the contrary.

“Let’s just say, I’ve downloaded Bumble ten times,” he continued. “I’m definitely not. Nobody in my friend group is actually dating my assistant Natalie, which is kind of a heartbreaker to a lot of people. But no, she’s just a really good friend of mine.” 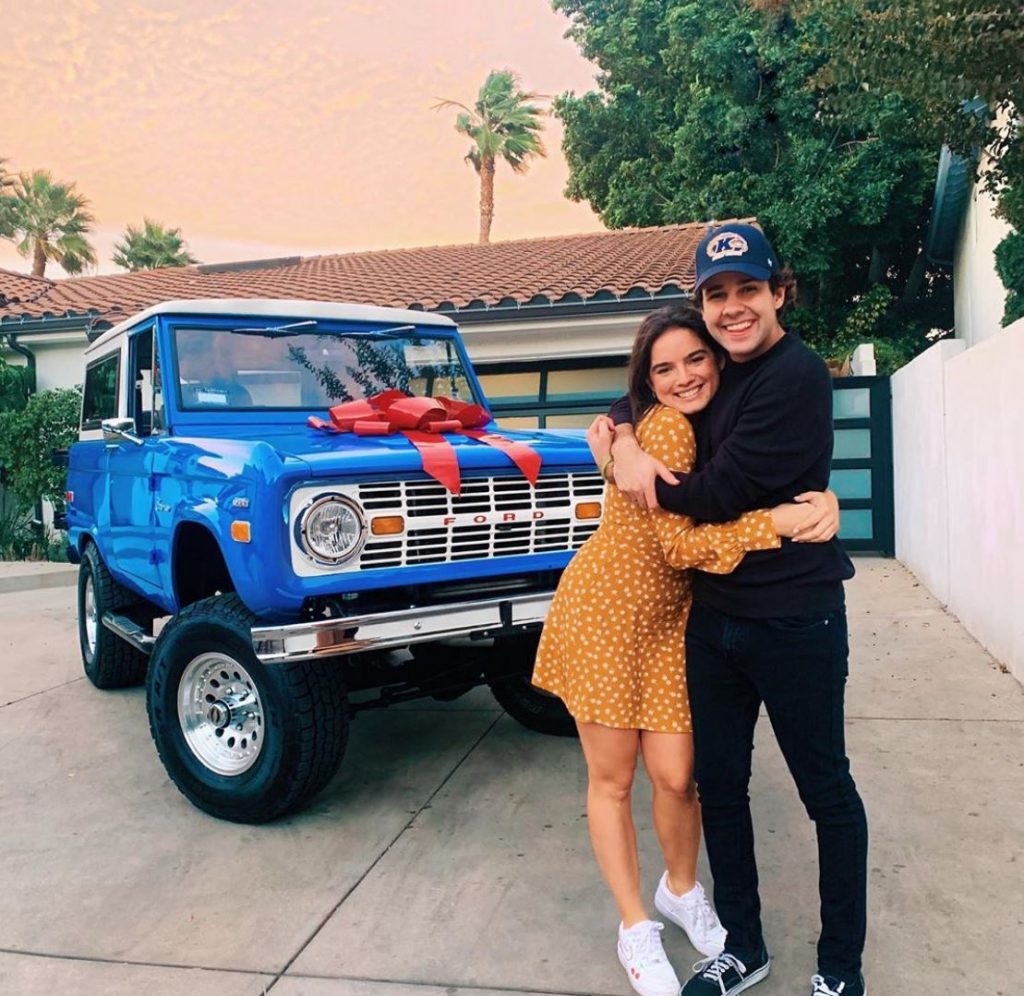 After buying his assistant, Natalie, two new cars, fans began to speculate that the two might be romantically involved.

His shilling for Bumble aside, it seems that Dobrik is open to exploring new relationships outside of his friend group (and his “divorce”) – although there’s no word yet if he’s found any success on the app.

For now, fans will have to wait as the YouTube star enters his post-divorce “recovery” period and seeks out a new lady to love.