YouTube star David Dobrik reduced one of his best friends, Heath Hussar, to tears by surprising him with an extravagant gift – a brand new Lamborghini Huracán.

Dobrik, one of the best known YouTube vloggers with over 13 million subscribers, partnered with EA to promote the launch of the new Need For Speed game ‘Heat’.

The Huracán is not Lamborghini’s flagship model (that would be the Aventador), but it’s still a mightily expensive vehicle – even the ‘low-end’ spec version will set you back over $200,000. 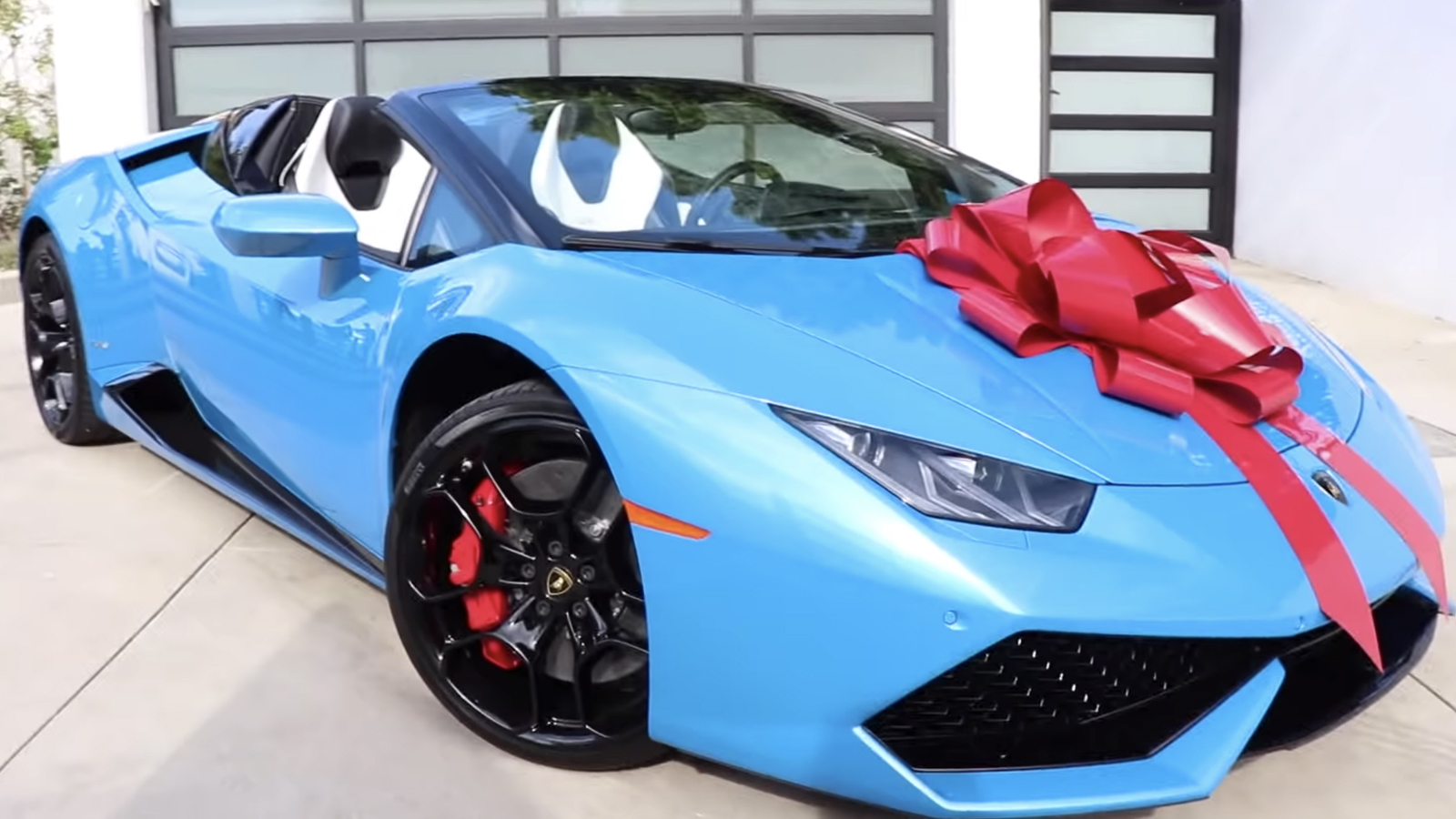 The brand new Lamborghini was sent over by EA.

Heath Hussar, a YouTuber himself with almost 2 million subscribers, is one of the original members of Dobrik’s “vlog cast” crew, and was the lucky man whom he gifted the Lambo.

On August 20, David uploaded a touching video, revealing the gift to other friends first, who were all pretty envious, before finally unveiling the supercar, complete with a big red bow, to Hussar.

Upon first sight, Heath didn’t believe it was real, but as it dawned on him that this wasn’t some elaborate prank, broke down in tears.

The video racked up a ridiculous five million views in under 15 hours, and fans seemed satisfied that Heath was chosen for the gift, which appears to be an early wedding present.

David Dobrik too was emotional and said on Twitter that he couldn’t stop crying, where Heath thanked him again “from the bottom of my heart.”

Thank you from the bottom of my heart Dave:heart:️ this is absolutely unreal https://t.co/4nKCJbIdN6

Heath is a fan favorite among Dobrik’s vlog squad crew, and viewers were overjoyed that he’d been the lucky recipient. “If I got a Lamborghini, I would cry. But seeing Heath get a Lamborghini makes me cry so much more,” one fan commented.

“Heath was the most deserving of this car from the vlog squad! So happy for him,” another wrote. And there is also a gift for lucky fans too, as part of his sponsorship with EA, 10 users who Tweet Dobrik an image of their customized cars from the Need For Speed Heat Studio app will be picked, and will get a chance to facetime the YouTuber.